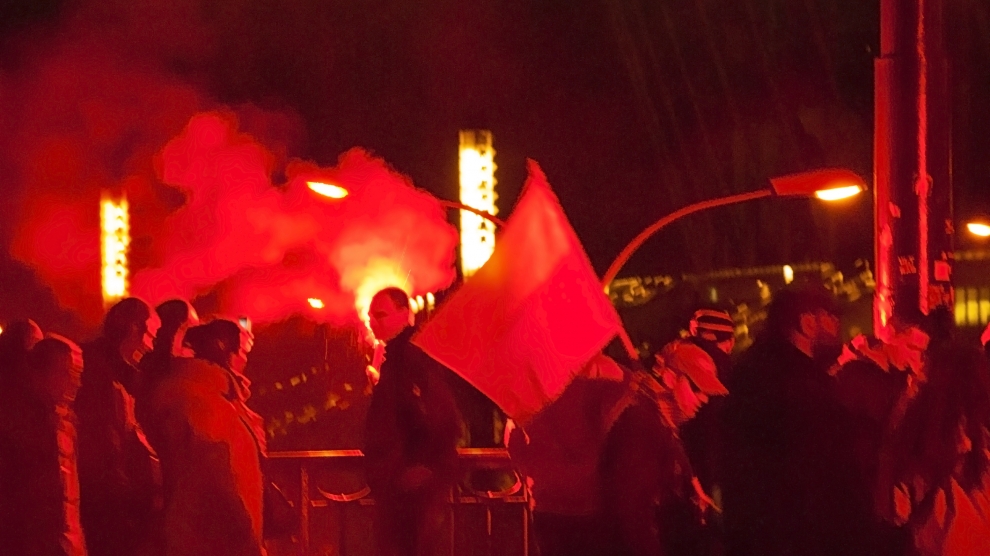 Over 200,000 people marched through the streets of Poland’s capital Warsaw on November 11 to mark the 100th anniversary of Poland’s independence. Those marching included members of a number of controversial nationalist groups

The event was the largest Independence Day march to date and was mostly peaceful. Government spokesperson Joanna Kopcinska called it “the biggest march of free Poles in a free Poland.”

Poland’s President Andrzej Duda, Prime Minister Mateusz Morawiecki and the leader of the conservative ruling party, Jaroslaw Kaczyński, led the march behind soldiers carrying a huge flag emblazoned with the words ‘For You Poland.

“Let this be our joint march, let it be a march for everyone, a march where we all feel good, marching for Poland,” said President Duda.

Over the past decade, nationalist organisations have held independence day marches on November 11 that have included racist slogans, flares and in some years, acts of aggression.

Some chanted: “Pride, pride, national pride” and “Yesterday it was Moscow, today it is Brussels, stripping us of our sovereignty.” In addition, some marchers chanted “down with the EU”, while members of the nationalist group All-Polish Youth burned the EU flag.

There were also flags representing Forza Nuova, an Italian group whose leader, Roberto Fiore, describes himself as fascist.

Warsaw’s mayor Hanna Gronkiewicz-Waltz had sought to ban any far-right the march on independence day, however her decision was subsequently overruled in court, leading to the government organising a march of its own.

The march has been severely criticised, and the focus of intense debate, as to whether Poland’s ruling Law and Justice Party (PiS) tacitly encouraged the participation of groups with roots in fascist movements.