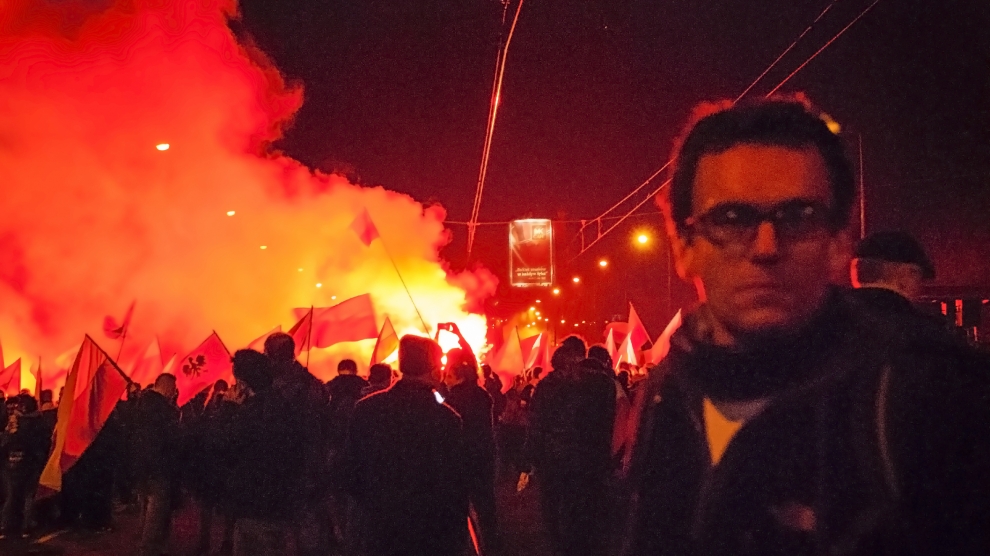 Security concerns have forced Warsaw’s mayor, Hanna Gronkiewicz-Waltz, to ban a march organised by Polish far-right groups. The march was set to be held on November 11 to celebrate the country’s independence, and more than 100,000 people were expected to attend.

“Warsaw has suffered enough through aggressive nationalism,” said Mrs Gronkiewicz-Waltz. “The 100th anniversary of Poland’s independence shouldn’t look like this, hence my decision to forbid it.”

A similar rally has been held annually in the Polish capital on Independence Day for a number of years, but last year’s event was marked by violence. Some marchers carried racist and anti-Islamic banners calling for a ‘White Poland’ and a ‘White Europe’ and displayed white supremacist symbols. Marchers also attacked peaceful counter-protesters. President Andrzej Duda had already said that he planned to stay away from this year’s event.

“We don’t understand the decision of Mayor Gronkiewicz-Waltz. Even if the courts confirm her decision to ban the march, we will still meet. The march will take place,” said Tomasz Dorosz, the leader of Poland’s National Radical Camp, one of the extremist groups which organises the march.

Poland’s second republic was established on November 11, 1918, after more than a century of rule by Prussia, the Austro-Hungarian empire and Russia.