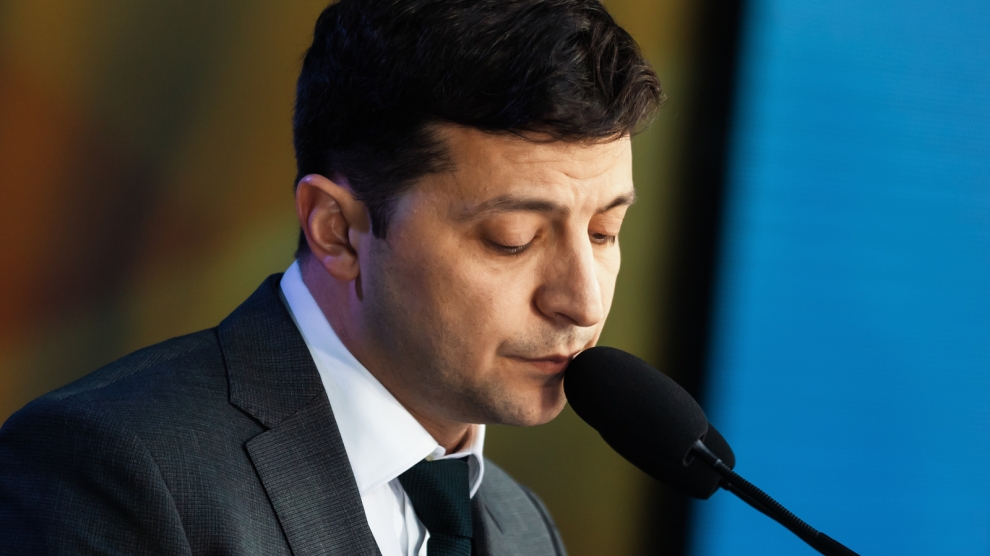 The Servant of the People party of Ukrainian president Volodymyr Zelensky has won the country’s snap parliamentary elections, receiving 44.2 per cent of the vote.

According to exit polls published just after voting ended, the pro-Russian Opposition Platform – For Life party came in second with 11.4 per cent while the European Solidarity party led by former president Petro Poroshenko received 8.8 per cent of the vote.

The pro-European and liberal Voice party of Ukrainian rock musician Svyatoslav Vakarchuk got 7.4 per cent while 6.5 per cent cast their vote for the Batkivshchyna party led by former prime minister Yulia Tymoshenko.

However, the Servant of the People party may fall short of a majority, depending on how well the party performed in direct-voting districts, which make up half of the 450-seat parliament.

Officials from Ukraine’s Central Election Commission said that turnout was 49.2, with the highest turnout reported in the Poltava region (54.7 per cent).

The interior ministry said that the vote took place without any major election violation.

Speaking at his party’s headquarters, President Zelensky said that the country’s new prime minister has to be “a new face” and an economic expert. “We want this person to be independent and powerful, with a professional background,” he told reporters, adding that he had invited the Voice party for coalition talks, whose representatives said they were open to negotiations only with parties that are not supported by oligarchs.