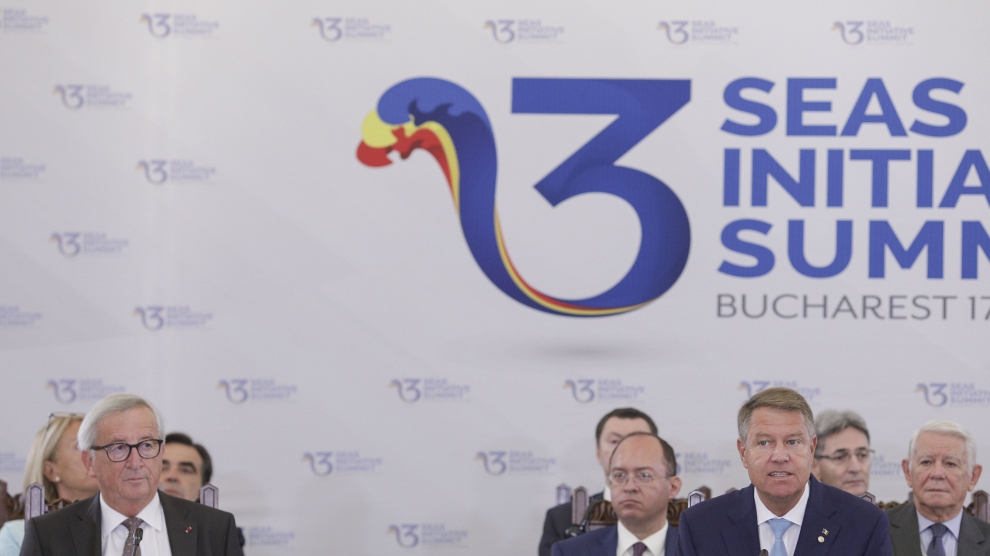 A two-day Three Seas Initiative summit in the Romanian capital Bucharest has ended with US Energy Secretary Rick Perry declaring that Europe should lessen its dependence on Russian gas and diversify energy sources. Mr Perry believes that doing so would improve ties between eastern Europe, the US and the European Union.

European Commission President Jean-Claude Juncker, who also spoke at the summit, called for more regional energy projects like a gas pipeline project between Austria, Hungary, Romania and Bulgaria. He also called for members in the east to respect the rule of law, because “investments make no sense in the absence of respect for the rule of law,” referring to EU concerns over changes currently being made to the justice system in Hungary, Poland and Romania.

“Europe needs to breathe with two lungs, one in the East and the other in the West, while the emphasis must be put on cooperation,” Mr Juncker said.

Romania’s President Klaus Iohannis, who hosted the event, announced that Germany, “which has multiple economic interests” in the region, would become a partner state in the Three Seas Initiative. He also announced that Slovenia had agreed to host next year’s summit.

Launched in 2016 by the countries bordering the Adriatic, the Baltic, and the Black Seas, the Three Seas Initiative is an effort to increase inter-connectivity in the fields of energy, transport, and digitalisation. With the support of the European Union, the initiative aims to deepen integration among its twelve member countries (Austria, Bulgaria, Croatia, the Czech Republic, Estonia, Hungary, Latvia, Lithuania, Poland, Romania, Slovakia, and Slovenia) to strengthen economic competitiveness of the Central and Eastern European region.

During the first Three Seas summit in the Croatian city of Dubrovnik in 2016, the 12 members agreed to cooperate closely in the fields of energy and infrastructure. As a result, the much hyped Via Carpatia expressway, stretching from the Baltic Sea all the way down to Thessaloniki on the Aegean, is finally set to be completed.

The 2017 Three Seas summit in Warsaw was most notable for the participation of US President Donald Trump, who expressed his support for the initiative’s efforts, particularly regarding energy infrastructure.