“Cyberbullying has both social and business consequences,” Michał Wroczyński, the CEO of Samurai Labs, tells Business Insider Polska. “The result is an increase in the incidences of depression, suicide in children, as well as violence against women, which results in a sense of threat on the internet. It also decreases trust in online services and is associated with an avalanche outflow of users.”

Mr Wroczyński is a co-founder of Fido Labs – now owned by Samurai – a leading developer of cutting edge technology in what the US Defense Advanced Research Projects Agency (DARPA) calls the third wave of AI. In 2010 the company developed CERBER, the world’s first programme designed to detect paedophiles on internet chats, while in 2012 it launched ISPAD, which was designed to identify internet hate speech.

As Gniewosz Leliwa, CSO and co-founder of Fido wrote in 2017: “According to DARPA, there are three waves of AI. In the past, we have had symbolic AIs with handcrafted knowledge. Today, we can see the flowering of the second wave — statistical learning. We have already seen its great successes, and recently we have become increasingly aware of its limitations. Fido AI is a pioneer of the third wave of AI — contextual adaptation.”

Samurai Labs’ goal is to fight cyberbullying using this third wave of AI, developing a form of AI that can read what people write and reason so effectively that it can anticipate, thereby preventing toxic commentary. It has the potential to be used on a wide variety of platforms.

“Samurai Labs is the first company that has an effective solution to cyberbullying. The company’s technology is to prevent violence on an unprecedented scale,” added Mr Wroczyński adds.

Both Lewandowski and Urban explained to Business Insider Polska why they had invested in the company:

“I am glad that technology is being developed in Poland which will help people from around the world in the fight against the dangerous phenomenon of cyberbullying,” said Lewandowski, who currently plays for Bayern Munich in Germany.

Dawid Urban, the man behind e-Smoking World, a leader in Europe when it comes to the electronic cigarette market, told Business Insider Polska: “In the selection of companies that I support, I am guided by strictly defined criteria. I care about their innovation and development potential…Samurai Labs meets all these criteria and is an initiative that can realistically fight cyberbullying in the network. If the largest companies, with the current technological approach, fail to solve it, it becomes clear that it requires a fresh look.”

Emerging Europe is close to fully abolishing the death penalty 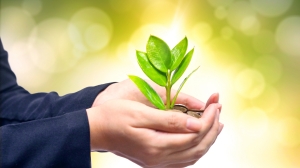