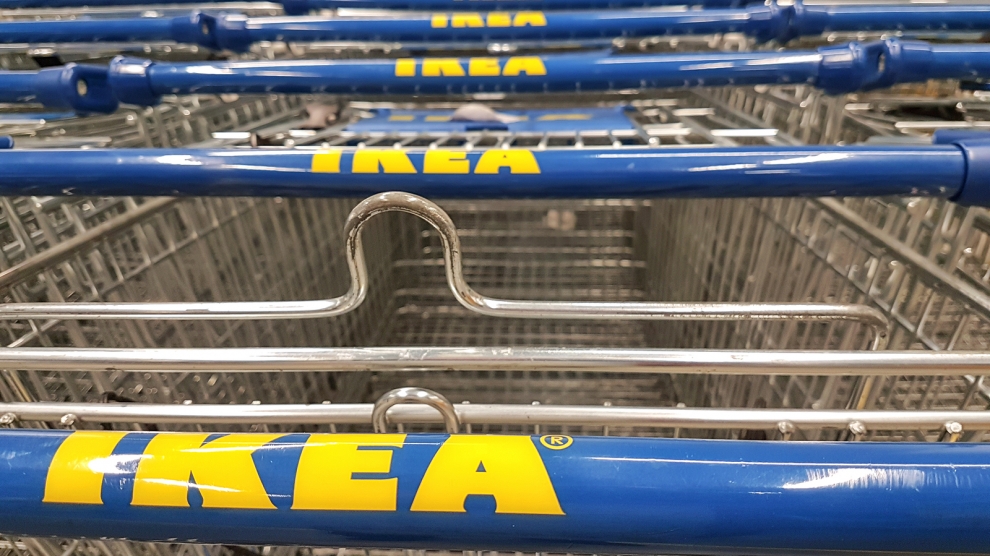 A Kraków IKEA worker known as Tomasz K. has been sacked for quoting bible verses that condemn homosexuality.

On May 16th, International Day against Homophobia, workers at the furniture store were asked to “to stand up for the rights of Lesbian, Gay, Bisexual, Transgender plus people of all sexual orientations and gender identities.” Mr Tomasz refused, writing that the “acceptance and promotion of homosexuality and other deviations is a source of scandal,” and quoted Matthew 18:6 and Leviticus 20:13, the latter of which advocates the death penalty for gay sex.

IKEA said in a statement that “many employees were concerned by this and contacted our HR department.” After meeting with Mr Tomasz, they sacked him.

Mr Tomasz has since told TVP Info that the incident has shaken him, and has filed a lawsuit on the basis of ‘religious discrimination’, arguing that as a Catholic he does not share IKEA’s values. The ruling Law and Justice Party have come to his defence, claiming the incident is an outrageous breach of Polish law. Justice Minister Zbigniew Ziobro told TVP Info that it was absolutely scandalous “how foreign companies discriminate against those who don’t share their views” and that it “interferes with the area of Polish law that guarantees freedom of conscience and religion to every citizen”. This echoes the party’s broader stance on LGBT rights, coming after Jarosław Kacyzński’s claim that the advancement of gay rights put Poland’s families in “grave danger” and “everyone must accept Christianity”.

IKEA responded by issuing a statement: “We respect people from all religious backgrounds and appreciate the fact that we are different. This does not mean, however, that we support exclusionary behaviour in the name of any other view.”

This latest incident echoes the recent controversy surrounding Australian rugby player Israel Folau. Mr Folau wrote in an Instagram post that “drunks, homosexuals, adulterers, liars, fornicators, thieves, atheists and idolaters” would go to hell unless they repented and was subsequently sacked by the Australian Rugby Association. Like Mr Tomasz, Folau is appealing his sacking on the grounds of religious discrimination.