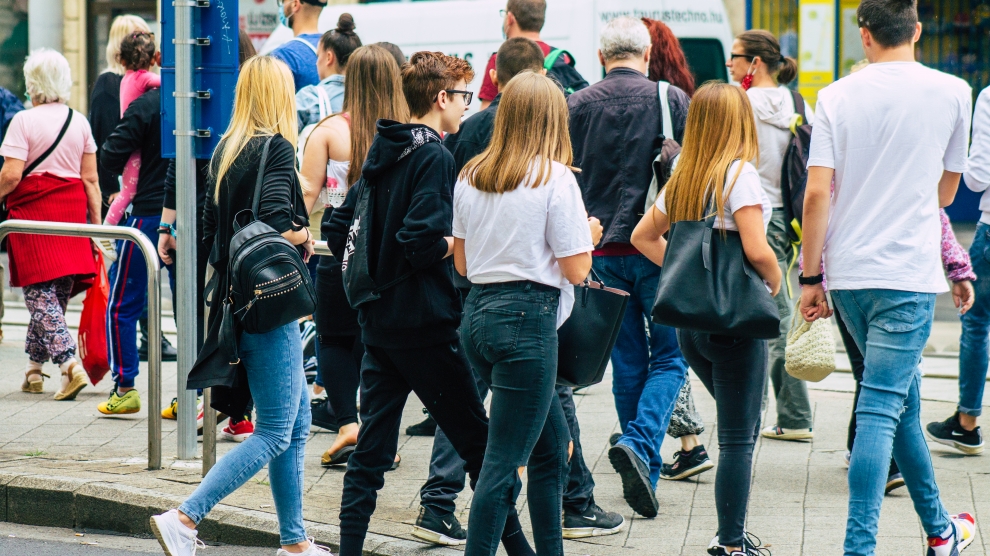 As the Covid-19 pandemic enters its sixth month in emerging Europe, warnings of economic consequences for the world and the region grow louder. According to the European Commission and its latest, Summer 2020, forecast, GDP has already contracted by 3.6 per cent in the EU area.

But with the pandemic situation still unstable and the possibility of a major second wave of infections in the autumn, there’s no telling exactly how deep the recession will be. And a potential second lockdown could be disastrous for CEE economies, quite possibly causing permanent damage.

According to the same report, the Euro area GDP volume is set to contract by 8.7 per cent in 2020, down from 7.7 per cent in the Commission’s previous projection.

The prognosis is worse for member states in Central and Eastern Europe, with almost all countries expecting a larger contraction than forecast previously. While some countries in the region have had success in containing the pandemic, as soon as they began to ease lockdown restrictions the number of cases shot up.

As such, countries have in general reopened their economies at a slower pace than originally expected.

“This is a huge and unique economic crisis for CEE. On aggregate, CEE countries are facing a recession deeper than after the 2008 global financial crisis,” says Richard Grieveson of the Vienna Institute for International Economic Studies (wiiw).

The recession is expected to hit southern European countries harder than those in the north, in part because of the region’s reliance on tourism.

“We project the CEE countries with a particularly big tourism reliance – Croatia, Montenegro and Albania – to have among the worst recessions in 2020,” Mr Grieveson tells Emerging Europe.

Tourism, however, is not the only risk factor when it comes to the economic consequences of Covid-19 and the measures to contain it. According to Mr Grieveson, countries that are reliant on international trade, such as Slovakia, will also suffer in 2020.

A forecast by Statista shows that goods and services exports in Central and Eastern Europe are expected to fall year-on-year in the entire region, with Croatia being the hardest hit as a drop of 29 per cent is expected. Hungary, Bulgaria, Czechia, Romania, Estonia, Lithuania, Slovenia and Slovakia all hover between a 12 and 14 per cent reduction. Latvia and Poland are expected to be least affected with a 10.3 and 9.8 reduction respectively.

To offset the damages, EU member states will have access to the 750 billion EU stimulus plan, Next Generation EU, a historical EU initiative that came after prolonged squabbling within the bloc over how it should be financed.

“This is a very significant step, maybe especially for a lot of the CEE member states. The fact that such a large sum of money has been pledged, and that most of it will be in the form of grants rather than loans, is unambiguously positive for countries in the region,” Mr Grieveson says.

“Countries in CEE that have been particularly badly affected look like they will get particularly big allocations relative to their GDP.”

Croatia is already slated to receive a large piece of the stimulus pie — the country has secured 22 billion euros in the form of loans and grants.

But what of emerging Europe countries which are not EU member states? Mr Grieveson points out that thanks to actions by the European Central Bank, and others, borrowing costs on the international markets are at a historic low.

“However, the space to borrow is not unlimited, and certainly not for some of the non-EU member states in the region. Even if yields on FX [foreign] debt stay low, countries in the region such as Turkey and Ukraine have experienced strong currency depreciation, which will increase the burden of that debt in local currency terms,” Mr Grieveson explains.

Serbia is expected to borrow around seven billion euros by the end of this year, prompting the country’s fiscal council to warn about the levels of public debt which, if there is another round of interrupted economic activity, could hit 65 per cent of the GDP.

What could prove most dangerous for the region is the possibility of another wave of Covid-19 infections that would require countries to impose new lockdowns which in turn will severely affect the private sector.

“I think a second lockdown could have a more severe impact than the first. Many smaller firms, without significant cash reserves, may have just about muddled through the first lockdown, but may not survive a second hit. There is a pretty serious risk that a second lockdown could therefore cause more permanent damage to the region’s economies,” says Mr Grieveson.

He adds that governments in CEE might be very reluctant to institute measures as tough as those seen in the spring.

For now, like many other countries in the world, CEE nations are trying to control the pandemic by making masks mandatory on public transport and in indoor public spaces and by asking their citizens to observe social and physical distancing whenever possible.

There is room, however, to be cautiously optimistic about CEE’s prospects.

“It may be that CEE countries are able to get back to normal economic life quicker than Western Europe, given that the spread of the virus was generally lower. The very first Q2 GDP estimates that we have suggest that contractions in CEE countries were more mild than in Western Europe,” Mr Grieveson says.

Still, he admits that even with all the projections and forecasts there is a high degree of uncertainty surrounding the economic ramifications of this pandemic.

“So much depends on potential further waves of the virus, and if and when a vaccine emerges. We don’t know whether or not we will see a strong second wave in Europe in the autumn and winter,” Mr Grieveson says.

“We may well have a kind of zig-zag recovery, where lockdown measures go through waves of tightening and easing depending on virus numbers, and that could last well into next year.”

Should this happen, Mr Grieveson warns, the recovery might be weak and European economy will not be able to simply make up for all the 2020 losses in 2021.

Right now, the European Commission is predicting that GDP in the Euro area will rise by 6.1 per cent in 2021, down by 0.2 percentage points from their spring forecast.

Actual rates of economic recovery will depend on how the pandemic progresses and what countries in the region decide to do to try to lower the number of new cases and deaths. There are too many unknowns and too many uncertainties for any conclusive forecasts to be made.