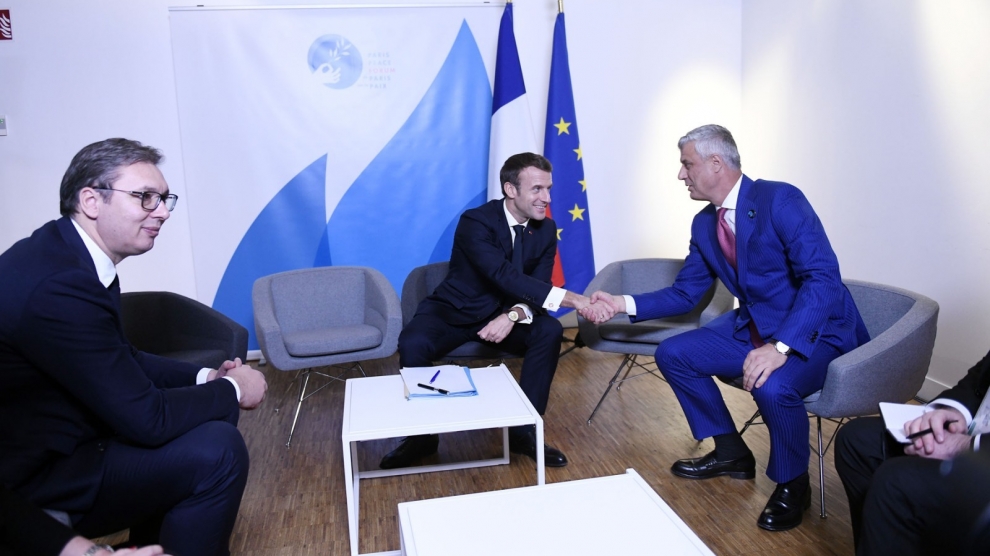 Serbia’s president, Aleksandar Vučić, said on November 12 that talks with Kosovo could only resume once tariffs on Serb goods imposed by the former Kosovan government have been lifted.

“We are waiting for Prishtina to lift the taxes so that we can talk. That, of course, is if they want to find a compromise,” the Tanjug news agency reported, quoting Mr Vučić.

Kosovo imposed a 100 per cent tariff on all Serb imports last December.

Mr Vučić was speaking after a meeting with his Kosovan counterpart Hashim Thaçi in Paris. The French president, Emanuel Macron, was also present.

Mr Thaçi said that he wanted to talks to restart as soon as possible but only if Serbia did not impose any conditions.

Asked when he expected a deal to be reached with Serbia, Mr Thaçi said: “It could happen in the coming months.”

Kosovo is expected to form a new government within the next few days following the victory in an election last month of two parties, the leftist Vetevendosje and the centre-right Democratic League of Kosovo, who had previously been in opposition. Both parties have suggested that they are ready to restart talks with Serbia.

Photo: Official website of the President of the Republic of Kosovo