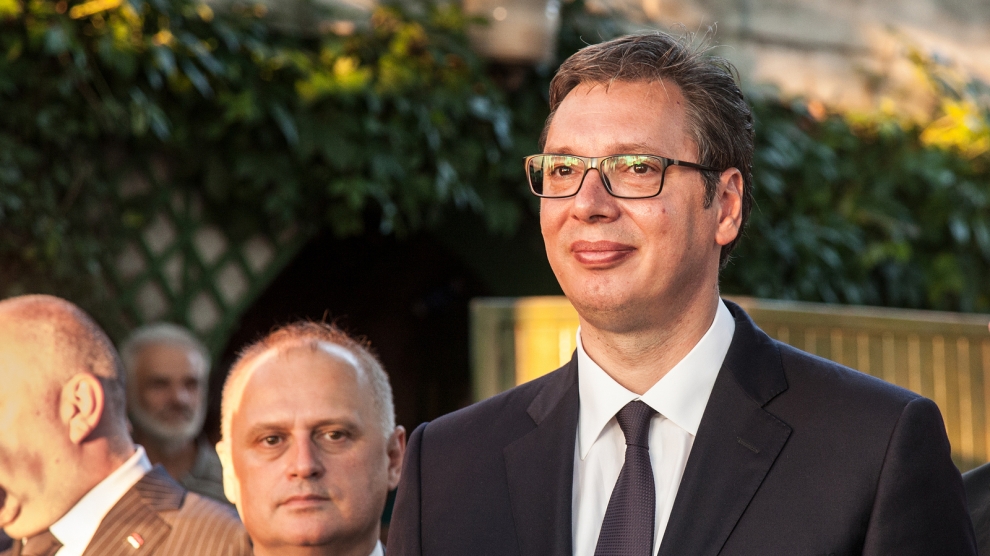 Serbia’s president Aleksandar Vučić has said that tariffs on Serb goods imposed by Kosovo last year are an obstacle to further dialogue between the two countries.

Speaking at a joint press conference with US State Department official Matthew Palmer, Mr Vučić said that he had used the meeting with the US representative to dismiss allegations that Serbia was using the tariffs as an excuse to shutdown Belgrade-Prishtina talks.

“What I told him [Palmer] was in essence this: How can you talk to someone who is preventing the flow of goods and services in the 21st century?”

“If you are unable to ship cookies from one territory to another, what else can you talk about? And we need to talk about much more complicated and more important issues,” Mr Vučić said.

Kosovo introduced import tariffs of 100 per cent on all goods produced in Serbia, as well as Bosnia and Herzegovina, late last year. The European Union views the tariffs as a violation of the Central European Free Trade Agreement, and has repeatedly asked the Kosovo authorities to remove them.