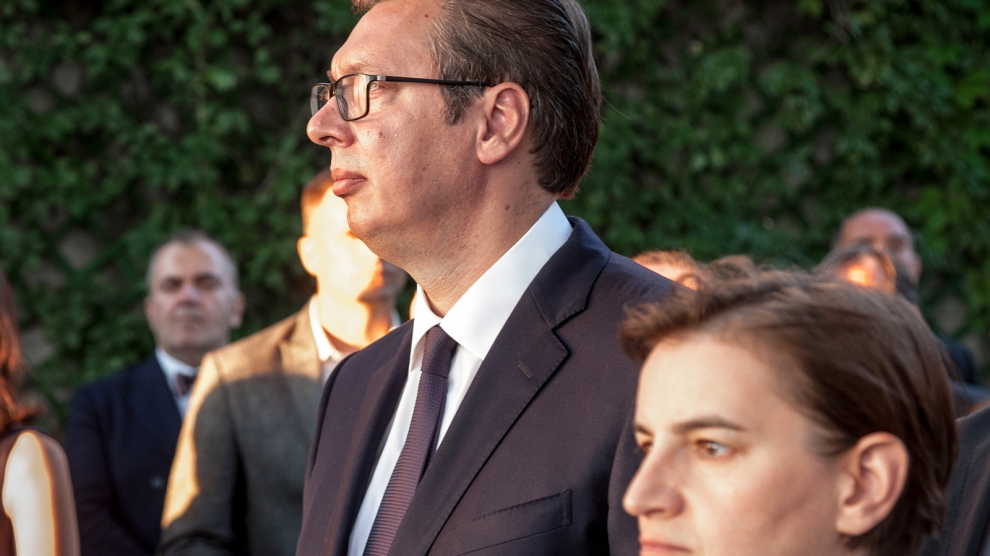 Serbia’s president Aleksander Vučić has said that the leadership of his ruling conservative-populist SNS party has agreed to hold early parliamentary elections in June after several weeks of massive anti-government protests.

“The SNS board unanimously approved the call for snap elections in June, with one abstention – mine,” Mr Vučić said in a video message on Serbia’s TV Zona Plus, adding however that a final decision is yet to be made.

The president also received unanimous support for starting negotiations with possible coalition partners, excluding parties belonging to the Alliance for Serbia movement that supports the One in Five Million protests.

“We must not enter into a grinding stone of political violence, into which our political opponents along with fascist the Boško Obradović are trying to pull us,” Mr Vučić said, referring to the March 16 protests in Belgrade when dozens of demonstrators led by the Serbian far-right broke into the building of RTS, the country’s state television channel.

For the 16th consecutive week, thousands of demonstrators took to the streets in the Serbian capital, as well as other cities and towns on March 23 to protest against President Vučić and the SNS-led government, accusing them of corruption, authoritarianism and the abuse of media freedom.

The country’s next parliamentary election is scheduled to take place in the spring of 2020.