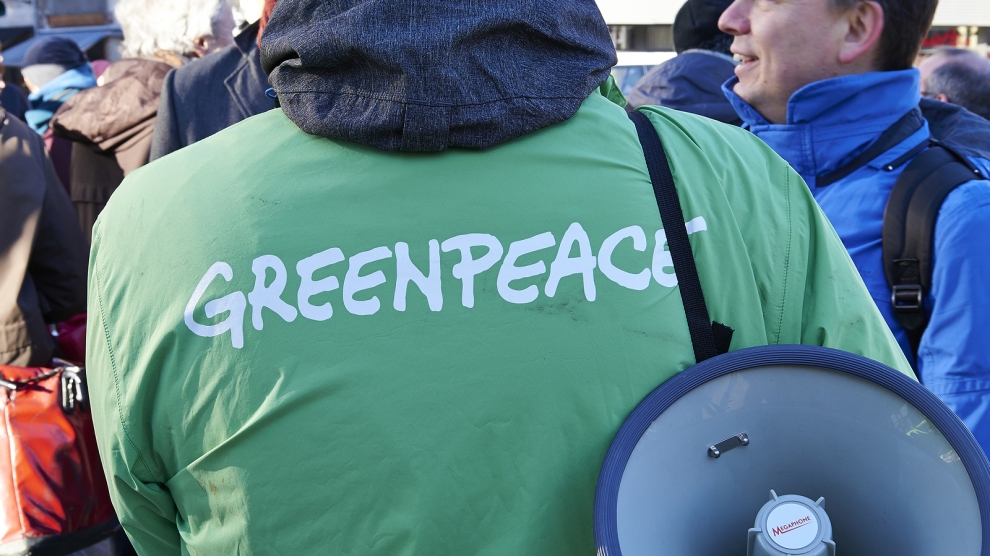 Twelve Greenpeace activists have been remanded in custody following a peaceful protest calling for an end to the use of coal. The 12, from Slovakia, the Czech Republic, Finland, Germany and Belgium were detained last week after scaling a mining tower belonging to the Slovak coal company Horna Upper Nitra Mines.

It was expected that the 12 would be released until their trial, but on December 3 a Slovakian court ruled that they would remain in custody. All 12 have been charged with “threatening the operations of a facility of public interest”, an offence which carries a maximum prison sentence of five years.

Greenpeace Slovakia has expressed its anger and surprise at the charges, as the activists did not endanger the operations and the safety of the miners, and cooperated with authorities on the spot.

“We stand with these brave women and men who risked their freedom to warn the world about another coal company complicit in damaging our health, the environment and fuelling climate change. They were not afraid to act when our governments have not,” said Greenpeace CEE’s political adviser Julia Sokolovicova.

“Bringing criminal charges against non-violent protesters who are standing up on behalf of all of us is wholly unreasonable and raises questions about the right to peacefully protest in a democracy. The real threat is submitting to the interests of the coal industry,” she added.

The impartiality of the Slovak court has been questioned and Greenpeace lawyers have now asked for the case to be moved outside of the country.