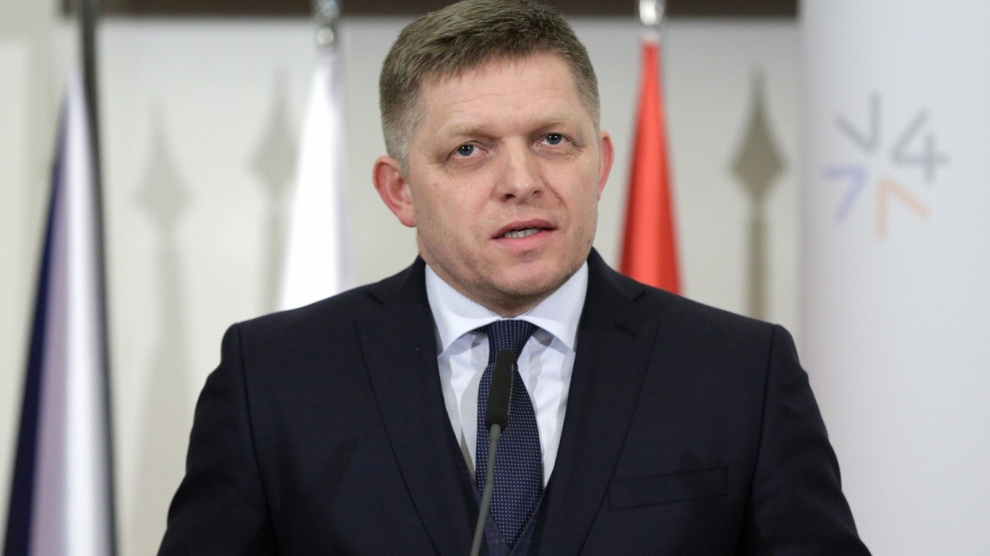 The fallout from the murder of Slovak investigative journalist Ján Kuciak on February 25 continues to cause huge repercussions after Prime Minister Robert Fico accused the country’s president of destabilising the country.

Speaking on television on March 5, Mr Fico said that President Andrej Kiska had “overstepped the mark” when calling for changes to the government and for early elections to resolve the serious political crisis that has followed the shooting of Mr Kuciak and his fiancee Martina Kusnirova. Mr Fico also questioned why Kiska had privately met with American billionaire George Soros last year, calling the entrepreneur “a very dubious man.”

The previous day, Mr Kiska declared during a televised tribute to the young journalist that there was no way back for the current government.

“There is now huge public distrust of the state,” he said. “Many people no longer trust the law enforcement authorities. This distrust is justified. We crossed the line, things went too far and there’s no way back.” The president said he would host talks with the leaders of Slovakia’s political parties to discuss his proposed government reshuffle. “I can see two solutions: a profound change to the government or early elections,” he said.

Mr Kuciak and his fiancée were found shot dead at their home in the town of Vel’ka Mača near the country’s capital Bratislava. Police have said that the pair were “probably” killed because of his investigative work. Kuciak, who was 27, had reported for news agency Aktuality.sk on a number of high-profile fraud cases, often involving businessmen with connections leading politicians.

Mr Fico’s first response to the murders had been to offer a 1 million euro reward for information leading to the arrest of the perpetrators, a stunt which led to widespread condemnation from Slovak civil society.

Aktuality.sk posthumously published Mr Kuciak’s last article, which revealed ties between Mr Fico’s inner circle and individuals wanted in Italy for mafia-related crimes. The authorities subsequently detained several Italian businessmen named by Mr Kuciak, but have since released them all owing to a lack of evidence.

Culture Minister Marek Madarič, a former close ally of Mr Fico, announced his resignation on March 5, the first minister to do so since the shootings. “It’s clear that some changes in the government must be made,” he said.