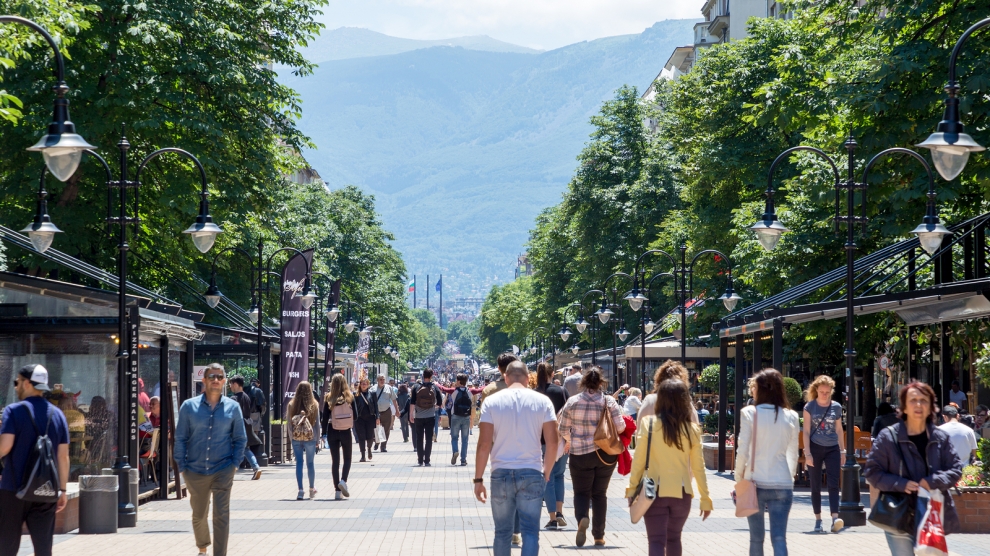 The Bulgarian capital Sofia has seen a significant rise in tourists recently. This is according to the investment promotion agency, Invest Sofia, which recently published its 2018 Tourism and Air Transport Report. The city has been experiencing a stable increase in tourism – approximately 13 per cent growth in the number of tourists and a 15 per cent increase in the number of nights spent both in 2016 and 2017.

There was an 18 per cent increase in the number of foreign tourists in Sofia in 2017, which led to almost two thirds, 65 per cent, of all tourists in Sofia coming from abroad, mostly from Italy, the UK, Germany and Greece. The highest increase of visitors in 2017 was recorded among the tourists from the Netherlands (+ 57 per cent), Spain (+ 51 per cent), Ireland (+ 51 per cent), China (+ 48 per cent), and Belgium (+ 40 per cent). In addition, airlines using Sofia’s airport launched 42 new routes between 2015-2018, including direct flights to destinations such as Baku, Nice and Malaga. The number of passengers using the airport increased by a record of 30.3 per cent in 2017 to a total of almost 6.5 million. Over 58 per cent of these passengers flew with a low-cost airline.

Bulgaria’s Presidency of the Council of the EU was the largest congress event in the history of Sofia and a great opportunity for the city to gain more exposure as a business destination. More than 40,000 delegates and journalists from all around the world took part in 284 events, 12 informal councils and five high-level parliamentary dimension meetings held in Sofia.

Emerging Europe spoke to a British tourist who recently visited the Bulgarian capital, who stated: “I thought it was interesting to be able to see so many layers of the city’s history in one place: Roman remains, medieval remnants, grand ornate buildings, Soviet blocks and modern architecture. It’s like a collage of snapshots throughout history and it that way reminds me a little of Berlin.”

The tourist added that it was also impressive “to see the cultural collage in addition to the historical one with the Orthodox church, Catholic church, mosque and synagogue all a stone’s throw away from each other” and the convenient abundance of public water fountains. On the other hand, they pointed out that there was lots of graffiti featuring Nazi-style swastikas that you do not normally see in other European capitals. “It was especially sad to see them so close to the synagogue.”

It is becoming clear that Sofia’s local authorities need to implement reforms in order to accommodate growing tourism in the near future. According to Invest Sofia, which has been in touch with tourism experts, the city’s airport is reaching its capacity and expansion in the coming years is of crucial importance. In addition, tourism on the Vitosha mountain, adjacent to the capital, is still underdeveloped. “In the long run, the city could benefit from its over 30 thermal springs and rich mountain resources by expanding the currently existing infrastructure by offering new types of tourism products and experiences,” stated Invest Sofia.