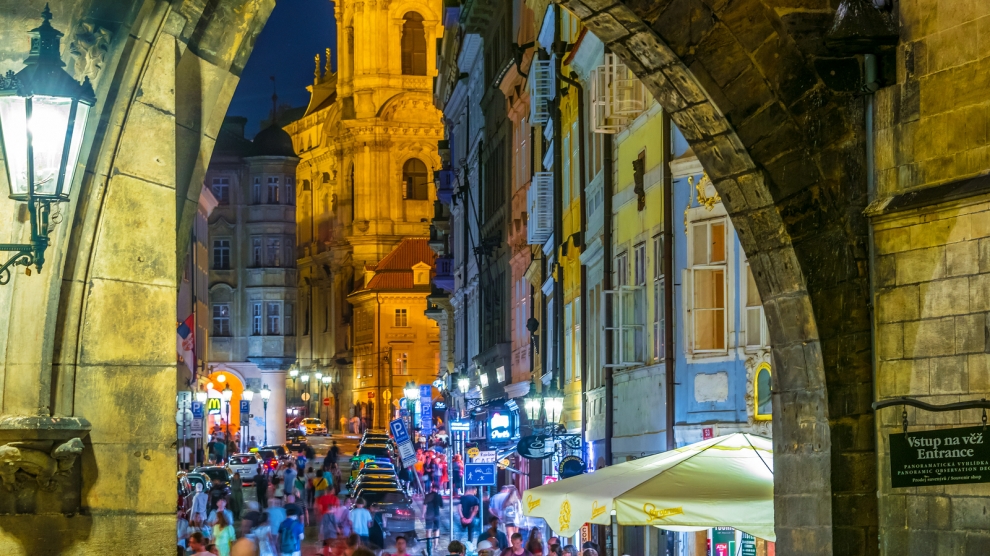 The fall of Prague

As the Czech Republic capital launches a crackdown on drunken behaviour, the Observer joins one of the organised pub crawls that are blighting residents’ lives

Romania, a beacon of coexistence for Muslims in Eastern Europe

Romanian Muslims, some with Ottoman roots, are largely spared the Islamophobic rhetoric seen in neighbouring countries.

In Georgia, it’s open season for the far-right

Georgia’s far-right movement has been growing in recent years, presenting a dangerous threat to the Jewish, LGBTQ and other non-Georgian Orthodox communities.

Immigration panic: How the west fell for manufactured rage

From Donald Trump to Viktor Orbán, politicians are winning votes by stoking age-old hatreds. Where does this fear of migrants come from?

Although alcohol consumption levels have overall decreased in Europe, former Soviet countries like Moldova are still home to the world’s heaviest drinking populations. And it’s taking a devastating toll on public health.

After two counter-protests were announced, officials are demanding that the organisers of the first Bosnian LGTB+ pride march in Sarajevo next month pay for additional security measures.

There are thousands of monuments representing the Soviet and communist past in the countries formerly considered to be part of the Eastern Bloc. Bulgarian monuments in particular often celebrate fraternity and alliances (usually with Russia), and commemorate specific events such as World War II, or the liberation from the Ottoman Empire.

Across emerging Europe, from Hungary and Poland to Romania, where growing numbers of people are opting for faster access to medical care at private clinics and hospitals.

The elaborately decorated, highly colourful furniture of Central and Eastern Europe’s folk traditions is increasingly in the spotlight. House and Garden magazine has a  guide to what you should be buying.

EU, US call on Russia to prevent escalation at South Ossetia border
OECD: Countries must do more to keep older people in workforce
Comment