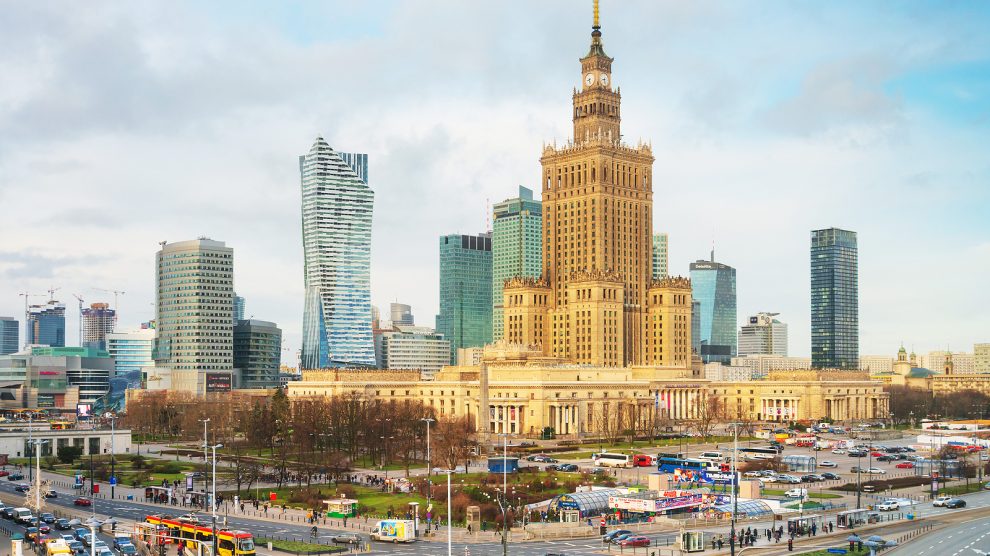 Leading figures in Polish and European politics, business, and culture were recently asked to offer their vision of Poland and Central Europe at large – its place in the world, and its role in creating a better Europe – in a series of essays brought together by the Warsaw-based platform Wszystko co Najważniejsze (All that Matters).

We have picked six of the most important and thought-provoking quotes from the various essays, all of which offer insight into the current trends dominating the Polish political and business agendas.

“Central Europe or Central and Eastern Europe (the terms are used interchangeably) is a significant regional entity, a community of shared fate in terms of geography, politics, and economy as well as in terms of ideas and cultures. As for a location on a map, it is perceived as an area between the Baltic, Adriatic, and the Black seas or (even though it is oversimplification) between Germany and Russia. But above all, we constitute a circle of common memory. We have had our share of similar historical experiences, in the dramatic 20th century in particular. We have suffered from two totalitarianisms, the brown and red ones, that suppressed and oppressed us. But we also have great, glorious experiences from centuries ago. The 15th-17th centuries, the era called the Europe of the Jagiellonian dynasty, later named the Polish-Lithuanian Commonwealth, saw a flourishing of a voluntary political union in a substantial part of the territory, a precursor to the European Union of today, which was a friendly home to many cultures and faiths and which respected the rule of law, parliamentarianism, and democracy. We are carrying lessons from those experiences – both good and bad – into the future as a universal warning as well as inspiration to work towards a common good, the prosperity of the region and all of integrated Europe.”

Ángel Gurría, Secretary General of the Organisation for Economic Co-operation and Development (OECD):

“Economic growth [in Poland] needs to be made more inclusive by increasing employment opportunities for older workers and women. The working-age population is shrinking, and there are severe skills shortages. The effective retirement age is low: for women, it was 60.6 years in 2018, three years less than the OECD average. Under the current rules, pension replacement rates are set to fall significantly in coming decades. This could increase old-age poverty, especially for women. To provide better pensions, male and female retirement ages should be progressively aligned and raised in line with increases in life expectancy. To improve children’s educational outcomes and women’s labour-market integration, it is also crucial to further expand the supply of childcare and long-term care facilities, targeting low-income households and disadvantaged areas.”

“Central and Eastern Europe has the potential to grow much more faster than the entire EU but a big fragmentation of markets continues to be the main challenge. They are too small to compete individually against the markets in Western Europe. Integration is needed to attract first-rate institutional investors to our region. I place much hope in the EU’s Capital Markets Union which has supported recovery of capital markets since 2014. Another big opportunity is the Three Seas Initiative, which was established in 2015 and whose goal is to strengthen cooperation among countries from the areas between the Adriatic, Baltic, and Black seas in the fields of digitalisation, energy, and transport.”

Renato Cristin, Professor at the University of Trieste

“The Gordian knot of communism was never definitely cut either by European culture or politics. Only by solving the problem once and for all can we find the unifying element that is still missing in the positive dialectic among European parties represented in the European Parliament. Just as all European parties (with the exception of few and small neo-Nazi groups) stand united in their condemnation of National Socialism, so they should stand in their complete rejection of communism and its deadly ideology.”

“In the Communist bloc countries, everything was a kind of a game of pretense, one to be understood by only those who experienced oppression on a daily basis. People from the outside, those who lived in the free world, were not able to grasp ‘what was going on here,’ as the Polish poet Stanisław Barańczak wrote. The Poles, Czechs, Slovaks, Hungarians, Germans from the German Democratic Republic, Bulgarians, Romanians, they knew perfectly well ‘what was going on here.’ This shared knowledge united the countries of the Eastern Bloc back then, and it brought forth a sense of shared fate which we feel up to this day. In Central and Eastern Europe, we went through a similar hell of communist totalitarianism. We used similar measures to fight, we sought refuge in similar hideouts, we shared similar principles, and we believed in the same values. Thanks to this, our region today is a space of closeness not only in the sense of geography and culture but also in terms of history and identity.”

“We entered the period of transition with our energy balance dependent on practically one resource: coal. In spite of such difficult beginnings, Poland has maintained emission reductions at the level present in other EU member states: its use of coal in electric energy production has fallen by 19 per cent over the last 30 years. The developing Polish economy prioritises alternative energy sources. In 2030, the share of coal in electricity production will not exceed 56 per cent. According to the document Polish Energy Policy until 2040, the share of renewable energy sources should reach at least 23 per cent in final energy consumption and at least 32 per cent in power engineering. Further progress will not be easy and will require a lot of effort and support from the EU. This is because the obstacles to energy transition in Europe are no longer purely technological in nature. Today, they stem from complex social, economic and political problems. Climate neutrality requires specific actions and investments. We need a plan for achieving this goal just like we need support that would allow each member state to complete the process of transition successfully.”

You can read all of the essays that make up the Wszystko co Najważniejsze project here.

Just how much influence does Russia have in Bosnia and Herzegovina?
Estonia gets its first female PM
Comment