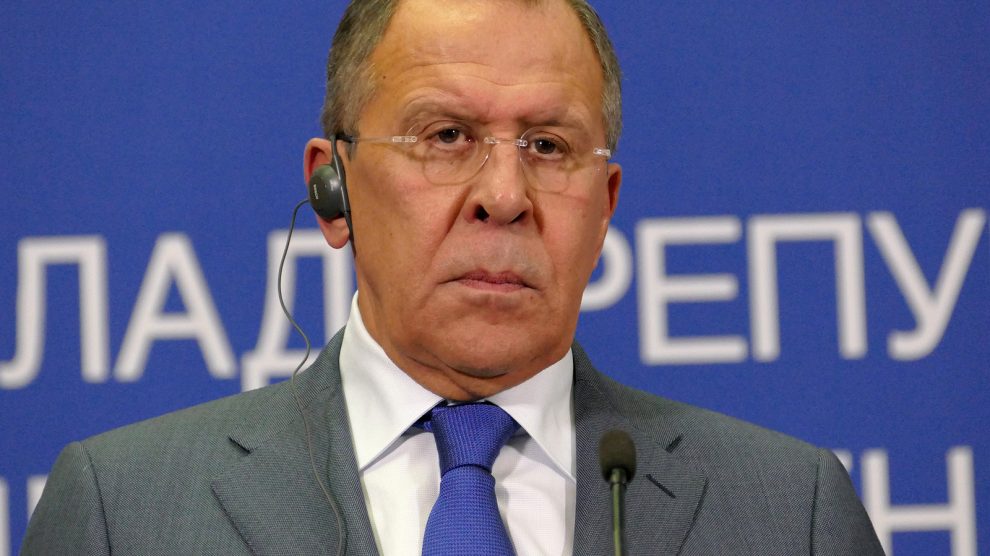 Russia wants to prevent Bosnia and Herzegovina joining NATO and the EU at all costs.

It was a gesture that yet again exposed the fraught relationship between the Bosniak-Croat Federation and the Republika Srpska – the two entities that make up Bosnia and Herzegovina – and once again brought into question Russian influence in the region.

Officially, the reasoning behind why the two members of the presidency declined a scheduled meeting with Mr Lavrov was because he had previously met one-on-one with the Serb member and chairman of the presidency Milorad Dodik, during which no insignia of the state of Bosnia and Herzegovina were present.

Reuf Bajrović, the co-chairman of the US-Europe Alliance, and a former minister of energy of the Federation of Bosnia-Herzegovina, tells Emerging Europe that this represented a humiliation for the country.

“Mr Lavrov had clearly misjudged the power of Russia in Bosnia-Herzegovina politics. The official reasoning is the actual reasoning, as Mr Komšić and Mr Džaferović would have suffered a political defeat had they not responded in some way,” he explains.

Russia was not happy at the snub. Coincidentally or not, Russia’s state-owned energy giant Gazprom lowered its supply of natural gas to Bosnia-Herzegovina by 50 per cent. However, normal supply resumed a day later, leaving some commentators to wonder if the entire thing had been a misunderstanding, or if Russia was indeed sending a message.

“This was made out to be technical problem, but we know that Russia often uses gas as a political weapon,” says Admir Čavalić, an economic analyst based in Bosnia.

Dr Zijad Bećirović, director of the International Institute for Middle East and Balkan Studies (IFIMES), says that there are deeper issues at play.

One of these is Russia blocking a UK-sponsored United Nations resolution which would have recognised the massacre of 8,000 men and boys in Srebrenica as a genocide.

“Russia has shown no interest in building a relationship with Bosnia and Herzegovina, instead focusing on the entity of Republika Srpska,” Dr Bećirović tells Emerging Europe.

Relationship or not, Russia has nevertheless invested a significant amount of money into Bosnia and Herzegovina. According to data from the country’s Foreign Investment Promotion Agency, the largest inflow of FDI in the country came from Russia, both in 2018 and 2019.

However, “even though Russia is nominally one of the largest investors, the structure of these investments is specific,” says Dr Bećirović. “They are largely in the energy sector.”

An oil refinery in Brod, a city in Republika Srpska, is one of the largest investments by Russia, but according to local media it has actually been losing money. This, for some, opens the question of how much do politics and influence actually play a role in investment decisions by Russia?

“The investments are good for Russia because they increase its political influence, but they are also a source of money for tycoons close to [Vladimir] Putin, who are often the investors into Bosnia and Herzegovina,” explains Mr Bajrović. “The Brod refinery is the best evidence that this is predatory investment: akin to what China does with cheap credits to take over infrastructure in less developed countries.”

Russia’s interests in Bosnia and Herzegovina

That Russia has a great deal of influence in the Western Balkans, especially in Serbia, is no secret, but exactly what is the interest in Bosnia and Herzegovina?

Stopping the country from joining NATO and potentially slowing down Bosnia and Herzegovina’s EU accession are two possible goals that analysts mention.

“Russia has been trying for the last 10 years to break Bosnia and Herzegovina apart, using a political dynamic created by the EU, especially Germany, that weakens the mechanism of political and military guarantees of the Dayton Agreement,” says Mr Bajrović.

He also points out the support of Russia for Mr Dodik and his party’s “secessionist policies”.

“Putin knows that Bosnia can’t join NATO if it has border problems like those in Ukraine. A successful Bosnia and Herzegovina is a problem for Russia’s position in Serbia too, as with that the dream of Greater Serbia would finally be dead,” Mr Bajrović concludes.

Mr Bećirović is in broad agreement with these points.

“Russia’s goal is to prevent Bosnia and Herzegovina joining NATO, and there are some indications that another goal is slowing down EU accession,” he says. “The entity of Republika Srpska is being made into a kind of Balkan South Ossetia.”

However, Mr Čavalić calls into question exactly how much can Russia actually do, given that it has largely focused on Republika Srpska.

“Russian influence in the Federation is very limited. The focus of Russian influence is Republika Srpska, which limits the total ability of action and lobbying within Bosnia and Herzegovina,” he explains, while adding that over 80 per cent of foreign trade in the country is tied to the EU, so there is already economical convergence.

Bosnia between the EU and the US

According to Mr Bajrović, the EU is not blameless in letting Russian influence spread across the region.

“The willingness of the EU to tolerate Putin’s politics seems limitless,” he says. “All the big Russian investments in the region were made during the EU accession process with no opposition from the EU. […] So, Russia is a problem only because the EU, and especially Berlin, is doing everything to let Putin support those actors that who working to keep Bosnia and Herzegovina, Serbia, Kosovo, and Montenegro where they are, or even move backwards.”

However, the arrival in the White House of President Joe Biden could shake up the region, Bosnia included.

“It’s becoming clearer and clearer that the attitudes of Washington and London about the Office of the High Representative and the role of the international community in Bosnia and Herzegovina are diametrically opposed to what Germany and Russia want,” Mr Bajrović explains.

“The departure of Angela Merkel could be an opportunity for Bosnia and Herzegovina as her successor might not have the political wherewithal to resist Washington’s desire to make the country into a success.”

A sustainable future is in the hands of talented young people
The future of Poland, and CEE, in six quotes
Comment