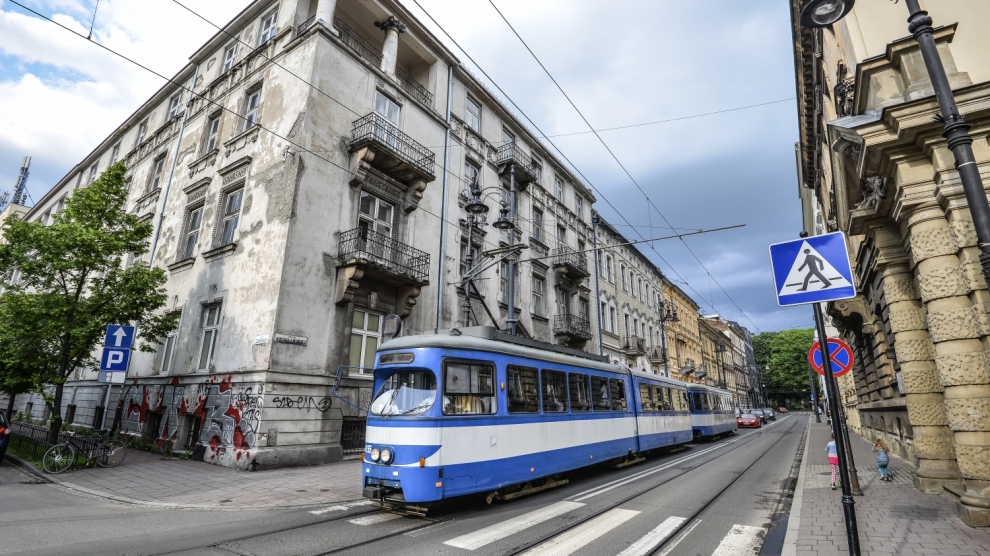 Poland’s presidential vote this week became the latest election to fall victim to Covid-19, although until late on Wednesday night it looked as though the poll, scheduled to take place on Sunday, would still go ahead. In fact, as there is no constitutional way of actually postponing it without declaring a state of emergency, the vote will – in theory – still take place, just that no polling stations will be open and no votes will cast. The country’s constitutional court will then declare the vote null and void, paving the way for the actual election to take place later this summer. Exactly when is anybody’s guess. It’s a mess.

Less of a mess is Poland’s economy, which the European Union this week predicted would be the least badly effected of any country in the bloc. According to the EU’s projections, Poland is set to see its economic output fall 4.3 per cent this year, before rebounding by 4.1 per cent in 2021.

So deep is the crisis caused by Covid-19 that it threatens the stability of the eurozone and risks exacerbating economic and social divisions within the EU.

While overall, next year’s rebound could leave the European economy about three per cent below the level implied by the EU’s autumn forecast, the final outcome could be even worse. Another surge in infections could reduce GDP by an additional three percentage points, making the danger of a deeper and more protracted recession very real.

“At this stage, we can only tentatively map out the scale and gravity of the coronavirus shock to our economies,” said Valdis Dombrovskis, executive vice-president of the European Commission. “While the immediate fallout will be far more severe for the global economy than the financial crisis, the depth of the impact will depend on the evolution of the pandemic, our ability to safely restart economic activity and to rebound thereafter. This is a symmetric shock: all EU countries are affected and all are expected to have a recession this year. The EU and member states have already agreed on extraordinary measures to mitigate the impact. Our collective recovery will depend on continued strong and coordinated responses at EU and national level. We are stronger together.”

The Vienna Institute for International Economic Studies (wiiw) also presented its new economic forecast for 23 countries in Eastern Europe on May 6, and paints a similarly glum picture to the EU, estimating that the economic downturn caused by the coronavirus will be worse than 2009 in the aftermath of the global financial crisis.

The Vienna Institute expects the biggest real GDP contractions in 2020 to be in Croatia (-11 per cent), Slovenia (-9.5 per cent), Slovakia (-nine per cent) and Montenegro (-8 per cent), reflecting these countries’ particularly heavy reliance on external trade and/or tourism.

The least severe contractions in 2020 will be in economies that are less reliant on external trade and tourism such as Kosovo (-4.4 per cent) or Moldova (-3 per cent), and/or are likely to use significant fiscal resources to counteract the downturn such as Poland (-4 per cent), Serbia (-4 per cent) and Kazakhstan (-3 per cent). Countries that have been able to lift lockdowns more quickly, such as the Czech Republic (-4.8 per cent), will also perform better than could otherwise have been expected.

One of few positives to emerge from wiiw’s report is the possibility of a resurgence in outsourcing in Central and Eastern Europe.

Speaking during a webinar, the Vienna Institute’s deputy director, Richard Grieveson, said that firms from countries such as Germany will in the post Covid-19 world not be as keen to invest in China and other parts of Asia.

“However, they will still be keen to find good value locations,” he said. “Put these two things together and it is good news for CEE, particularly the Visegrád countries [Czechia, Hungary, Poland, Slovakia] and Romania in manufacturing, and the Baltics for services. This will not happen next year, or perhaps the year after. But over the next decade we are likely to see a shift.”

Now, what should state-owned firms do during a crisis such as Covid-19? Well, the International Monetary Fund has a few ideas, not the least of which is ensuring state-owned enterprises are properly funded to achieve their economic and social mandates, such as responding to crises, so that public banks and utilities have enough resources to provide subsidised loans, water, and electricity during this pandemic—and in promoting development goals.

The Economist Intelligence Unit (EIU) also released a report this week, looking at geopolitics after Covid-19. The report suggests that the pandemic could sharpen great power rivalries and hasten the shift in the global balance of power from West to East.

While the coronavirus pandemic will not usher in an entirely new global order, the EIU claims it will change things in three important ways.

Firstly, it will bring to the surface developments that had previously gone largely unnoticed, such as the way in which China has already established spheres of influence in parts of the world that receive little attention.

It will also act as an accelerant of existing geopolitical trends, particularly the growing rivalry between the US and China and the shift in the economic balance of power from West to East. Finally, it is likely to be a catalyst for changes that are presently difficult to predict, in both the developed and developing world, from the future of the EU to the relationship between many developing countries and China.