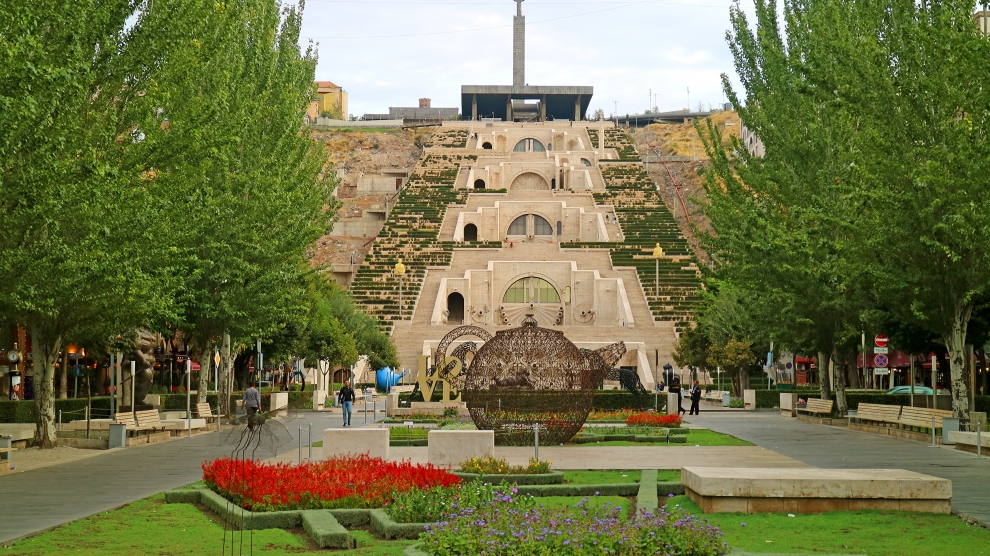 It’s high time to make the European Union’s Eastern Partnership (EaP) more than a mere talking shop, members of the European Parliament’s Foreign Affairs Committee (AFET) agreed this week, as they adopted a series of recommendations ahead of the next EaP summit in June.

On May 19, AFET set out its vision for the future of the EaP initiative, calling on EU institutions and the Eastern Partnership countries to work towards deeper economic integration between the EU and the six EaP countries, Armenia, Azerbaijan, Belarus, Georgia, Moldova, and Ukraine.

Initiatives that would strengthen democracy and the rule of law while fighting corruption, nepotism, and disinformation were also recommended, while cooperation in the areas of security and defence, media freedom, energy, and digitalisation is also on the agenda.

The Eastern Partnership was launched in May 2009 and governs the relationship between the European Union and the six former Soviet states.

The European Commission published its own recommendations for the future of the Eastern Partnership in March, but the AFET, which calls for “enhanced dialogue” with the three EaP countries (Georgia, Moldova and Ukraine) which have signed Association Agreements for a Deep Comprehensive Trade Area, suggest that they do not go far enough.

The European People’s Party Group (EPP), the largest party group in the European Parliament, also this week called for more “tangible engagement” with the EaP countries.

“More than ever, today and beyond 2020, the European Commission needs to take decisive action towards Eastern Partnership countries as the geopolitical future of the region is at stake, and so is the EU’s stability,” said MEPs Michael Gahler and Radosław Sikorski in a joint statement. “We call on EU governments to prepare a detailed and ambitious agenda of cooperation, providing concrete help to Ukraine, Georgia, Moldova, Armenia, Azerbaijan and Belarus. We should offer more to those who do more and less to those who do less in bringing their democracies up to European standards.”

The two MEPs pointed out that while some countries in the partnership have chosen to take a different approach in their relationships with the EU, EU policy itself must remain the same.

“[…]to deepen our relations in conformity with international law and fundamental values and increase the stability and the prosperity of the whole region,” said Mr Sikorski.

He also stressed the need for real incentives for EaP governments.

“The EU should put concrete incentives on the table, such as the creation of a roaming fee-free zone, support to diversify economies by increasing loans given to SMEs in local currencies, or help with the development of infrastructure,” Mr Sikorski added.

Mr Gahler added that the EaP countries themselves must continue with reform.

“If the countries implement the Association Agreements, they will have achieved 70 per cent of European standards and rules. Do not backtrack on your efforts to reform your countries. It is essential as it will bring more prosperity to your societies”, he concluded.