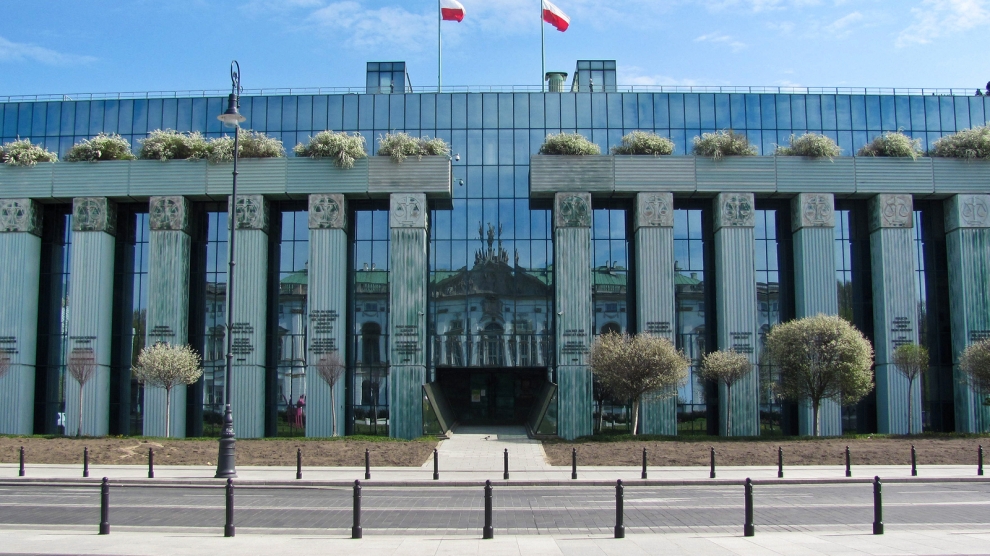 The European Court of Justice has ruled that that Polish judicial reforms aimed at lowering the retirement age of ordinary court judges were in violation of EU law.

“This is an important ruling in support of the independence of the judiciary in Poland and beyond, as well as to prevent discrimination on the basis of gender,” said the European Commission in a statement.

The controversial Polish legislation lowered the retirement age of ordinary court judges, while at the same time allowing the minister of justice to decide on the prolongation of their active service. It also set a different retirement age depending on their gender.

In 2017, the European Commission launched an infringement procedure on the Polish Law on Ordinary Courts, on the grounds of its retirement provisions and their impact on the independence of the judiciary. The first legal concern related to the discrimination on the basis of gender due to the introduction of different retirement age for female judges (60 years) and male judges (65 years).

The second legal concern was that the independence of Polish courts had been undermined by the fact that the minister of justice had been given discretionary power to prolong the mandate of ordinary court judges who have reached the retirement age.

The European Commission said that it was ready to support the Polish government and to continue discussions on the resolution of all other outstanding issues related to the rule of law in Poland under ongoing Article 7 procedures.

“The rule of law is a founding pillar of our Union and as the Guardian of the Treaties, the European Commission will continue to do whatever is necessary to uphold it,” the statement continued.

In 2017, the European Commission triggered Article 7 of the EU Treaty, marking the first time it had formally threatened to revoke a member state’s voting rights. It said that judicial reforms imposed by the PiS posed “a clear risk of a serious breach of the rule of law in Poland.”