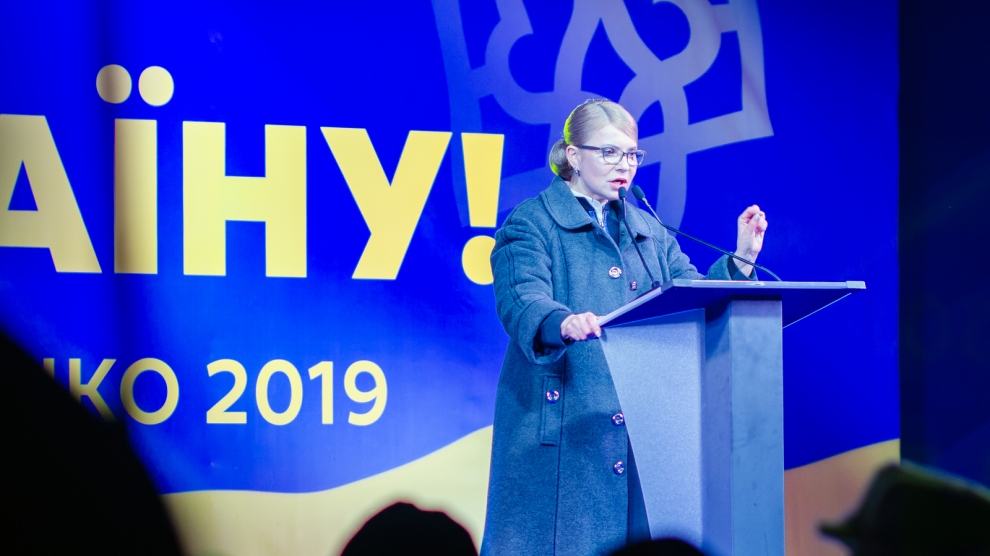 Just a month before Ukraine goes to the polls in a presidential election, former prime minister Yulia Tymoshenko – herself a candidate in the election – has announced an initiative to launch impeachment proceedings against one of her main rivals,  the incumbent president, Petro Poroshenko.

The move came a day after BIHUS.info, a Ukraine-based investigative journalism platform, released parts of a report implicating top Ukrainian officials in a money laundering scandal. The impeachment process was initiated by the MPs of Ms Tymoshenko’s Batkivschyna party.

The BIHUS report reveals that top officials of the defence industry, including Oleg Gladkovsky, a member of the Ukrainian National Security Council and a longtime ally of president Poroshenko, received money for obtaining contraband military vehicle parts at inflated prices.

According to the report, many of those parts are believed to have been smuggled fom Russia.

While the report shows no direct involvement of Mr Poroshenko to the case, pro-Tymoshenko MPs and BIHUS journalists claim he was likely to have known about the scandal, but decided to ignore it.

“We believe what was done and what was disclosed by investigative journalists fall under Article 111 of the Criminal Code of the Ukrainian state,” Ms Tymoshenko said, adding that she believes the scandal should be considered high treason.

In the wake of the news, Mr Gladkovsky has been suspended from the National Security Council.

“The President of Ukraine supported the removal of Oleg Gladkovsky from the duties of the First Deputy Secretary of the National Security and Defence Council. Petro Poroshenko demands that the [credibility of the] claims must be verified by the law enforcement agencies,” announced Svyatoslav Tsegolko, the president’s press secretary.

Earlier this week, Ms Tymoshenko also criticised the current president by claiming that Ukraine was continuing to buy Russian gas with the assistance of a company called Mars, using European documents.

“I am ready to prove it. Everyone involved in this deception will be held accountable,” the former PM said.

In the most recent opinion polls, Ms Tymoshenko – who just a few weeks ago was the front-runner in the presidential race – trails both Mr Poroshenko and a former comedian, Volodymyr Zelensky.