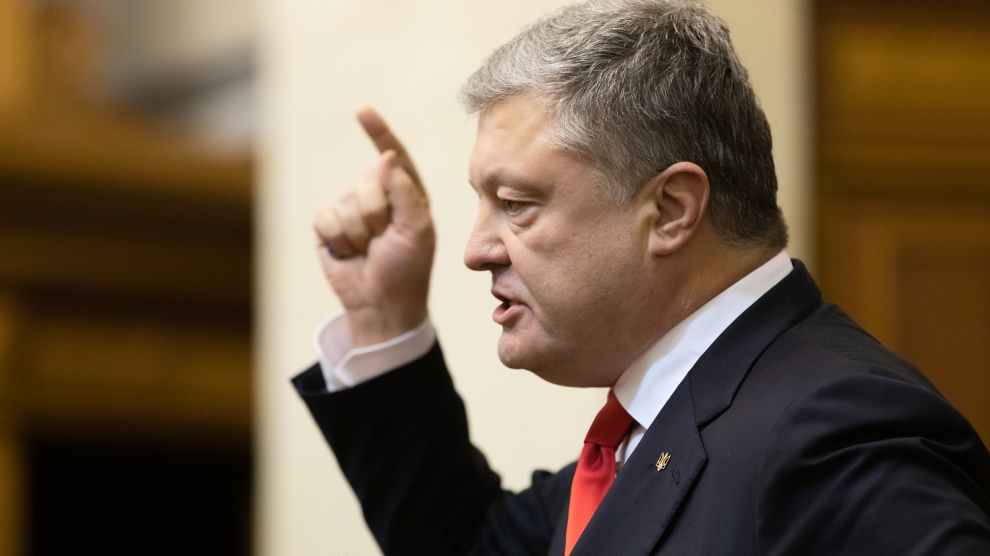 At least 22 Ukrainain police officers have been injured during clashes with far-right demonstrators who tried to attack the motorcade of president Petro Poroshenko in the city of Cherkasy.

The clashes erupted when the Ukrainian president was giving a speech as part of his presidential campaign for the March 31 election.

Protests also turned violent in a demonstration organised in front of the presidential administration building in Kyiv by the far-right National Corps Party. Two police officers and a member of the Ukrainian National Guard were injured, local police said.

In both cities, the nationalist protesters demanded the punishment of Ukrainian government officials allegedly involved in a corruption scandal in the country’s defence sector.

According to a report revealed by the Ukrainian press in late February, top officials of the defence industry, including Oleg Gladkovsky, a then-member of the Ukrainian National Security Council and a longtime ally of president Poroshenko, received money for obtaining contraband military vehicle parts at inflated prices.

The president suspended Mr Gladkovsky from his position as a result of the scandal.