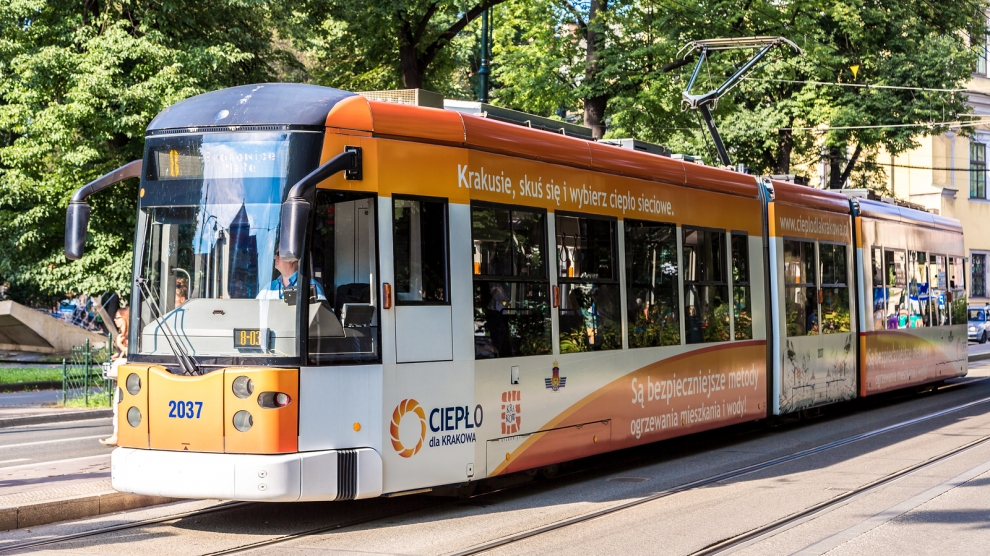 Residents of the Polish city of Krakow fear that within three to five years traffic could be so bad that the city becomes entirely gridlocked.

In recent years the number of cars on the roads in Krakow has increased drastically. While the local government has been taking steps to reduce the flow of traffic by increasing the frequency of trams as well as building priority intersections, these have been ad hoc measures which do not provide a long-term solution.

City officials of the former Polish capital are now therefore considering whether to add additional tram lines or build a classic metro line.

In an interview with Transportem Publicznym (Public Transport), Łukasz Franek, Deputy Director of the Management Board of Municipal Infrastructure and Transport in Krakow (ZIKiT), noted that recent optimisation of tram traffic had been only a temporary solution to the problem.

“It is a buffer for the next three to five years, until the launch of a metropolitan rail line or the beginning of advanced works on taking the tram underground or even building a metro,” he said. “The next step will have to be the construction of new infrastructure in the city centre…there is no room on the roads for more vehicles.”

Mr Franek is certain is that some of the city’s public transport infrastructure needs to go underground.

“We have five years until the implementation stage. It is clear that we need to go underground, there is no question about that. The only question is whether to bring the tram network underground or to build a classic metro line,” he says.

Given that the cost of building a new metro line is high, there is an alternative solution which could ease the transition from trams to metro in the future.

“It would be better to build underground tram lines in such a way that in for example 20 years from now they will be able to handle the metro,” adds Mr Franek.

In his interview with Public Transport Mr Franek explains that in a city like Krakow there are only a few places that can host underground tunnels, although he says that developing underground infrastructure would be easier than in Warsaw.

“Krakow is easier in this respect than in Warsaw – there is no clay at all. The question, however, is whether the small number of places where it is possible to build exits from the stations will be an obstacle,” Mr Franek adds. He also raised concerns about the city’s architectural heritage, much of which is underground. “However, the Athens metro simply runs through ancient remains,” he said. Public funding for the metro is apparently out of the question. “We need to look for new sources of funding,” said Mr Franek. “A lot of countries around the world are progressing without structural funding, via Public Private Partnerships (PPP). We are opening a new chapter to this project to see how it will work. We hope that under the tutelage of the ministry will be able to build a real PPP, in which the advantage for the city is not only cash, but also improving the quality of life.”