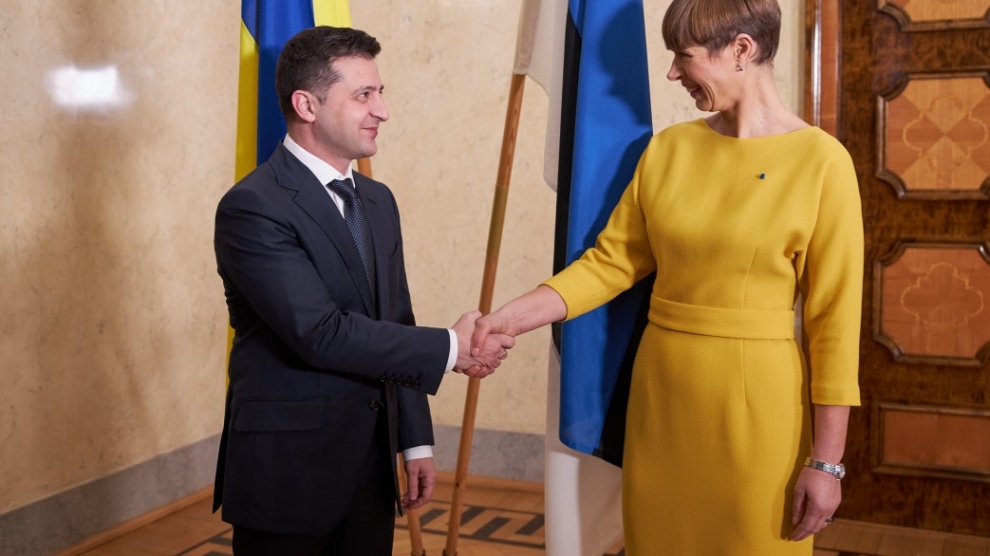 Ukraine has a “substantive interest” in joining the Three Seas Initiative (TSI), a regional cooperation format of 12 Central and Eastern European states, Ukrainian president Volodymyr Zelensky said during a visit in Tallinn, Estonia.

Speaking in a joint press conference with Estonian president Kersti Kaljulaid in Tallinn, Mr Zelensky noted that Ukraine and Estonia, “as important players in the Baltic-Black sea region”, will look to implement joint projects and initiatives on the economy, infrastructure and the environment.

“In addition, Ukraine will deepen sectoral cooperation with the EU, in particular in the areas of the digital economy, energy, customs cooperation, justice and home affairs,” he added.

In turn, the Estonian president noted that Ukraine was a country that has the potential to be the region’s economic powerhouse.

“But the prerequisite for this is that investors need to be sure that their investments are protected. I know that Ukraine, the government and institutions are taking specific steps in this direction. But for the international economic communities, a strong signal is that specific incidents will be resolved,” Mrs Kaljulaid stressed.