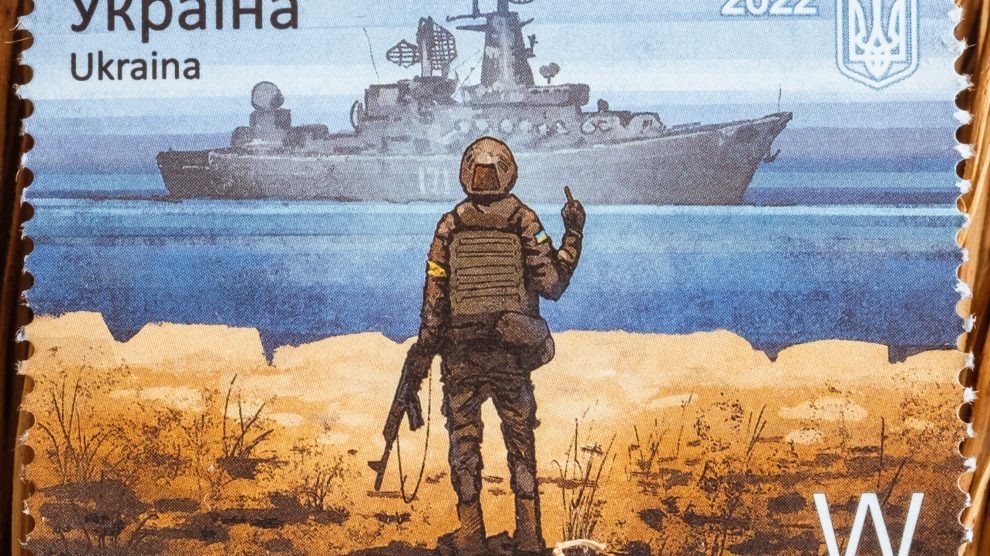 Ukrainian forces said on Thursday that they has pushed Russian forces off Snake Island, a strategic Black Sea island off the southern coast near the city of Odesa. Ukraine’s retaking of the island weakens any plans Russia may have for a future land attack on the city.

Valeriy Zaluzhnyi, the commander of Ukraine’s armed forces, said Ukrainian-made Bohdana howitzers had played an important role in routing Russian forces from the island, and thanked foreign partners for their support.

Russia’s ministry of defence meanwhile stated that it “tactically withdrawn” to allow for grain exports from Ukraine’s Black Sea ports.

Snake Island was made famous when Russia first captured it in February. A Ukrainian soldier posted on the island told an attacking Russian warship to “go fuck yourself”, which has become one of the most popular Ukrainian slogans of resistance since the invasion.

At a summit in Madrid, NATO Secretary-General Jens Stoltenberg said on Thursday that the alliance would support Ukraine “to make sure Ukraine prevails as an independent sovereign state in Europe”.

He described Vladimir Putin’s “brutal” war against Ukraine as “absolutely unacceptable” with ramifications for the entire world.

On Wednesday, NATO invited Sweden and Finland to join the alliance in one of the biggest shifts in European security in decades after Russia’s invasion of Ukraine pushed Helsinki and Stockholm to drop their neutrality.

Ratification of membership in NATO parliaments is likely to take up to a year, but once it is done, Finland and Sweden will be covered by NATO’s Article 5 collective defence clause, putting them under the United States’ protective nuclear umbrella.

On the battlefield, the frontline city of Lysychansk is under relentless shelling as Russia presses on with its offensive in eastern Ukraine. Ukrainian authorities said on Thursday that they were trying to evacuate residents from the city, the focus of Russia’s attacks where about 15,000 people remained. The regional governor Serhiy Haidai told Ukrainian television: “Fighting is going on all the time. The Russians are constantly on the offensive. There is no let-up. Absolutely everything is being shelled.”

On Monday, a Russian airstrike struck a busy shopping mall in Kremenchuk, central Ukraine, setting the building ablaze. At least 18 people have so far been confirmed killed, with many more still missing.

The attack came on the day of a G7 meeting in Germany where leaders discussed ways to punish Moscow for its invasion and pledged to stand with Ukraine “for as long as it takes”.

In a joint statement, the leaders of the G7 said Putin’s attacks aimed at civilians were a “war crime”.

The statement said: “We, the leaders of the G7, solemnly condemn the abominable attack on a shopping mall in Kremenchuk.”

Ukraine on Wednesday announced the largest exchange of prisoners of war since Russia invaded, securing the release of 144 of its soldiers, including 95 who defended the Azovstal steelworks in Mariupol.

“This is the largest exchange since the start of the full-scale Russian invasion,” said Ukrainian military intelligence in a Telegram message. “Of the 144 freed, 95 are Azovstal defenders.”

It added that most of the Ukrainians released had serious injuries, including burns and amputations, and were now receiving medical care.

Several public and private websites in Lithuania were temporarily hit by a concerted cyberattack on Monday. According to Jonas Skardinskas, director of the National Cyber Security Centre, the attacks “probably” originated in Russia and have already been “contained”. The pro-Kremlin group Killnet has claimed responsibility in a video on their Telegram account. The incident came just a week after Kremlin officials threatened to retaliate because Lithuania restricted the transit of steel and ferrous metals to Russia’s exclave Kaliningrad in accordance with EU sanctions.

Bulgaria this week ordered 70 Russian diplomatic staff out of the country, claiming that they have been working against Sofia’s interests. Deputy Minister of Foreign Affairs Irena Dimitrova summoned Russian Ambassador Eleonora Mitrofanova on Monday to inform her of the expulsions, a foreign ministry statement said. The statement said the first reason for the expulsions was “reciprocity” and the second was because Bulgarian authorities have determined that the Russian officials’ “activity” is incompatible with the Vienna Convention on Diplomatic Relations.

Britain said on Thursday that it would send military specialists to Bosnia and Herzegovina to counter Russian influence and to “reinforce the NATO Mission and promote stability and security” in the country. “We cannot allow the Western Balkans to become another playground for [Russian President Vladimir] Putin’s pernicious pursuits. By fanning the flames of secessionism and sectarianism Russia seeks to reverse the gains of the last three decades in Bosnia and Herzegovina,” Prime Minister Boris Johnson said in a statement.

Controversy has erupted in Albania after Socialist premier Edi Rama’s government proposed a financial and legal amnesty for people who legalise undeclared assets worth up to two million euros by paying a tax that ranges from five to ten per cent, with no obligation to reveal the source of the assets. The opposition claims that the scheme would allow criminal to launder proceeds of illegal activities, in a country where money-laundering and organised crime are a serious concern. A similar scheme that was proposed last year was retracted following intense pressure from the European Commission and the International Monetary Fund, which said it could aid money-laundering.

Poland’s government has announced that it is opposed to an EU plan to ban sales of new petrol and diesel cars by 2035 and is attempting to build a coalition of countries against it. “I would like to make it clear that the position of the Polish government is negative,” government spokesman Piotr Müller told state broadcaster TVP after a cabinet meeting. “There currently isn’t sufficient infrastructure for electric cars in the European Union and in Poland,” he added. “Besides, the current range of electric cars isn’t big enough to warrant abandoning the production of internal combustion cars.”

French Finance Minister Bruno Le Maire said on Thursday that the European Union can deliver the global minimum corporate tax with or without the support of Hungary, circumventing Budapest’s veto earlier this month just as the bloc was on the brink of a agreement. “This global minimum tax will be implemented in coming months with or without the consent of Hungary,” Le Maire told journalists at a briefing in Paris. “Europe can no longer be held hostage by the ill will of some of its members.” The EU’s inertia in getting the unanimous backing for the minimum levy has cast a shadow over a global deal that other countries, including the the US, also need to approve.

Czech investment group PPF, controlled by the wife of billionaire founder Petr Kellner who died last year, aims to divest its once flagship consumer lending business in China and focus acquisitions on Europe, Chief Executive Jiri Smejc said this week. PPF, which posted 239 million euros profit last year and had assets of 42.2 billion euros, also wants to find partners for its Home Credit consumer lending operations in southeast Asia to secure cheap and stable funding, he said. “We are trying to find a strategic partner there (in China) who will gain majority and following that will completely take over the firm, because we believe that without that, it is impossible to operate in China under current conditions,” Smejc told reporters.