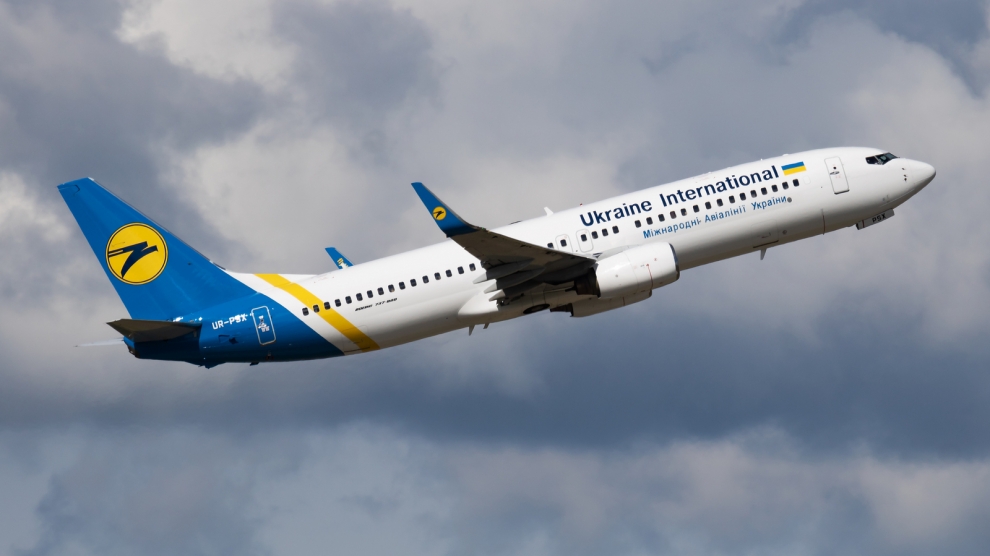 January 8 will forever mark yet another tragic day in Ukraine’s history: a Boeing 737 belonging to Ukraine International Airlines (UIA) crashed soon after taking off from Tehran Imam Khomeini Airport in Iran. All 167 passengers and nine crew members on board died.

According to the Iranian media, the UIA flight number PS752 crashed and immediately burst into flames around 60 kilometres from Tehran.

Speaking at a press conference in Kyiv, Ukraine International Airlines president Yevgeny Dykhne stressed that the plane was one of the company’s best aircraft, and announced the establishment of an investigative commission to determine the cause of the crash.

Ukrainian officials immediately ordered a temporary ban on the country’s airplanes flying to Iran, with UIA announcing the suspension of flights to Tehran for an indefinite period.

“There were no concerns on [aviation] equipment. The aircraft passed its latest inspection on January 6. It was in good condition,” said Mr Dykhne.

The Boeing 737-800 model used by Ukraine International Airlines (the same as the one pictured above) is the most popular aircraft in the sky, used by airlines all over the world.

The plane is the predecessor to the 737 Max, the model that was grounded after two fatal crashes in 2018 and 2019. UIA itself has a flawless safety record. None of its planes have crashed in the 28 years since it was founded in 1992.

The Tehran accident occurred only a few hours after an Iranian missile attack on two US military bases in Iraq in retaliation for the US killing of a high-ranking military official of the Iranian Revolutionary Guard.

“The events you are talking about, they unfolded yesterday and overnight. As of yesterday, there were no prerequisites to believe that this coincidence or these events would occur,” Ukrainian prime minister Oleksiy Honcharuk told the press, explaining why the UIA plane operated in Tehran’s airspace.

However, Mr Honcharuk has refused to rule out the flight being shot down by an Iranian missile during last night’s attack, but did warn against speculation. “Any version before the official conclusion is just manipulation,” he stressed.

The Ukrainian Embassy in Iran initially said that the cause of the accident must have been engine failure. However, the statement was later withdrawn as Ukrainian president Volodymyr Zelensky instructed his country’s prosecutors to investigate the plane crash.

“I urge everyone to refrain from speculation and putting forward unverified versions of the disaster before the official announcements,” Mr Zelensky noted, adding that Ukraine has to check every possible cause.

Iran’s Civil Aviation Authority has since said that it would not hand over the plane’s black box to either Boeing or the United States. International law says an investigation has to be conducted in the state of occurrence, allowing Iran to conduct its own investigation.

The tragedy is not the only airborne tragedy Ukraine has seen in the past years.

Since 2014, families have been mourning the victims of Malaysia Airlines flight MH17, which was shot down by pro-Russian separatist forces in eastern Ukraine. All 283 passengers and the 15 members of the crew were killed after a Buk missile, which was provided to the separatists by Russia, hit the plane.

The Dutch-led investigation concluded that the suspects “formed a chain linking the DPR with the Russian Federation.”

Emerging Europe also witnessed disaster in 2008 when a Tupolev Tu-154 aircraft belonging to the Polish airforce, carrying the country’s then president Lech Kaczyński, crashed near the Russian city of Smolensk, killing all 96 people on board.

Following the accident, conspiracy theories emerged suggesting that the the crash was the consequence of a political assassination of Mr Kaczyński, ordered by Russia.

However, neither Polish nor international investigators have ever found evidence to support the claim.

Some of emerging Europe’s citizens are increasingly free to travel, others less so
‘Leave Bucharest if you don’t like it’
Comment