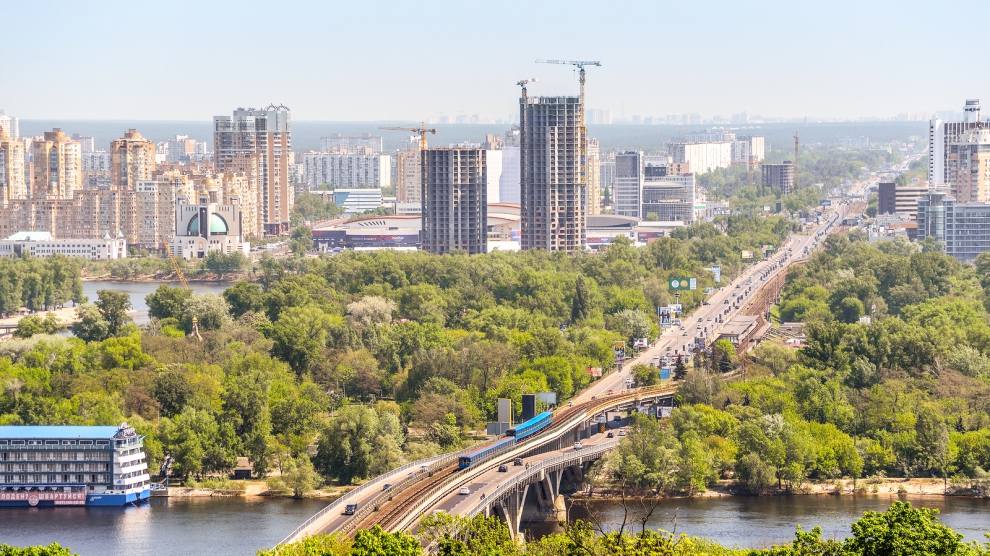 Reforms, independent anti-corruption institutions, tax changes: these are just a few things that the new government in Ukraine is undertaking to improve the climate for potential investors.

“We are ranked in 76th place in the Doing Business report,” President Poroshenko said during a discussion with Sir Suma Chakrabarti, president of the European Bank for Reconstruction and Development (EBRD) at Ukraine House Davos, which was organised by the Ukrainian Venture Capital and Private Equity Association (UVCA).

“If you ask me if I am happy? No! I am absolutely confident that within a short period of time we will be in the top 50. I am proud that we have made very important reforms. I’m happy about the fact that for the first time in many years we have Ukraine House in Davos. Not only that we have Ukraine House in Davos, but with the slogan: Creativity, Innovation, Opportunity,” added Mr Poroshenko.

“A few things I think we should be doing, based on the last four years. This is essentially the EBRD score card, I look at it through six lenses; resilience, competitiveness, green agenda, inclusion, integration and governments,” said Sir Suma. The EBRD has invested almost 12 billion euros in Ukraine over the years and has a current portfolio of projects worth 3.7 billion euros.

“I want to stress that we would like to do even more business in Ukraine, it is currently our third largest market. Turkey is number one, Egypt number two and then Ukraine. In our view they have the potential to go much further.”

The six lenses the EBRD’s president referred to can be applied throughout CEE.

The first is “resilience – Ukraine does not get enough credit for the financial sector clean up. Do you remember how many banks there used to be in Ukraine a few years ago? I think something like in the 180s. And the economy was one seventh the size of Turkey. These were largely ATMS for oligarchs. That clean-up took courage and resilience, and has made a major difference, consolidation, and recapitalisation have really helped,” said Sir Suma.

Then, “competitiveness – I think that the Doing Business survey shows that you have made great progress on that. There would be more progress if state owned enterprises had less of a grip on the economy and we put more of the economy in private hands.  If the business climate is even more robust in the areas that the Doing Business survey suggests, then I think that Ukraine could do this very quickly, if productivity and innovation were even higher. The country has one of the fastest rising IT sectors for a start, and you can see the creativity and innovation in that sector. However some of it needs to be transferred in to some of the more traditional sectors manufacturing and so on,” the EBRD president continued.

“We at the EBRD are very proud of this, because we set ourselves a target in all our countries of getting 40 per cent of our investments in green economy by 2020. We got to 43 per cent last year, three years early, and we would not have gotten there without some of the work we did in Ukraine. It continues to be one of the world’s energy intensive countries, three times more so than the EU average so now we need to have an even bigger push on energy efficiency, diversifying energy sources, and this is the big one, municipal services and municipal infrastructure. Really working with municipalities on a sub sovereign level can change the approach to energy efficiency,” he said.

“Then the inclusion agenda, private sector growth in Ukraine has returned greatly, but it is still hampered by gender gaps in the workplace, in access to finance, as well as by the uneven distribution of skills across the economy. Ukraine needs to build up this pipeline of women with technical qualifications. That we are under-utilising half the population’s capital is the basic point I would like to get across. This is particularly important in high value sectors where women are underrepresented, we need to improve workplace flexibility and again learning from some of the other countries, to strengthen access to finance and entrepreneurship skills for female business people.”

Sir Suma continued: “The recent survey of foreign investors showed exactly what foreign investors are saying. They obviously still talk about corruption, and about lack of trust in the judiciary in Ukraine as the main barriers to FDI. I think the level of trust in institutions in the Ukraine is still too low, despite the Doing Business survey.”

When discussing government Sir Suma reiterated the fact that there needs to be more change and reform in the country, as well as the fact that independent bodies need to be created to combat corruption which are important in improving Ukraine’s economic prospects and in delivering the transparency, accountability that people want to see.

“For me it is a story of courage, you cannot modernise a country without taking on a vested interest,” he concluded.