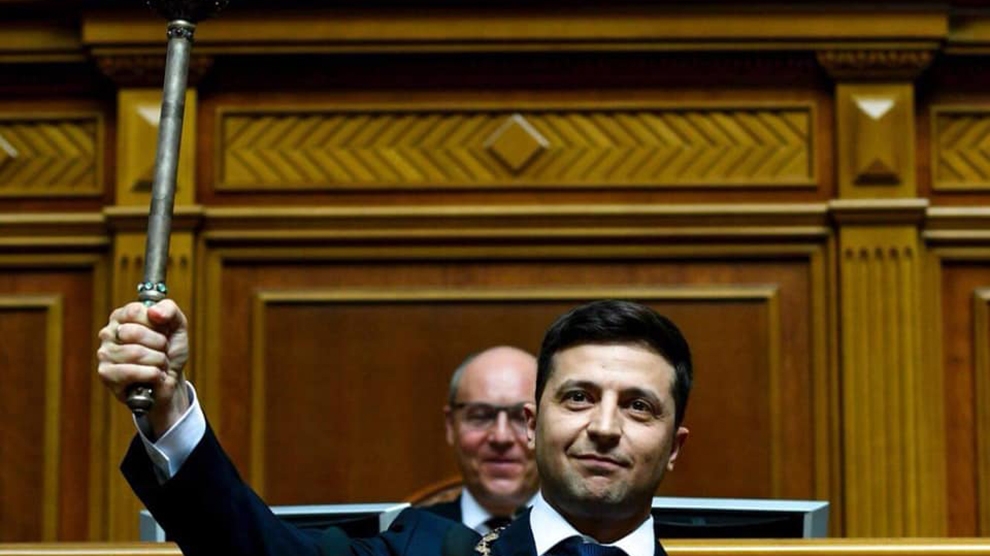 Volodymyr Zelensky was sworn in as the new president of Ukraine on the morning of May 20, and immediately announced he is dissolving parliament and calling a snap election, aiming to win seats in a legislature still dominated by lawmakers loyal to his predecessor, Petro Poroshenko. Mr Zelensky also called on the country’s government to resign.

Ukraine was scheduled to hold a parliamentary election in October. It is now likely to take place before the end of July.

Mr Zelensky called on MPs to use the two months until the election will take place to pass legislation that would strip them of immunity from prosecution, and another law that would ban officials from illegally enriching themselves.

“You will have two months for this. Do it and you will deserve medals,” Mr Zelensky said after being sworn in.

“Government does not resolve our problems; the government is our problem,” he said. “I do not understand our government: it shrugs its shoulders and says it can’t do anything. I say: take you papers and your pens and leave your offices vacant for those who will do something, for those who will think of future generations and not just the next election.”

Mr Zelensky said his first task would be to achieve a ceasefire in eastern Ukraine, where a five-year conflict with Russian-backed separatists has so far killed 13,000 people. The new president added however that dialogue with Russia could only happen after the return of Ukrainian territory and prisoners of war.

Later on May 20, Ukrainian prime minister Volodymyr Groysman, defence minister Stepan Poltorak, as well as Vasyl Hrytsak, the chief of the Security Service announced that they would step down from their positions immediately.