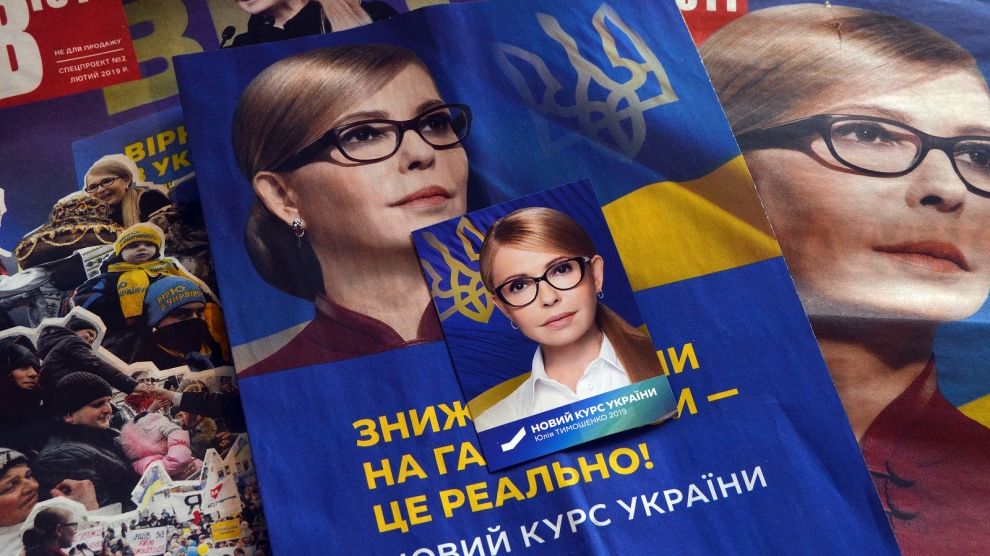 “It’s become clear over the past few days that Poroshenko and his team have used PrivatBank to bring in hundreds of millions of hryvnias in order to bribe voters,” said Ukrainian MP and member of Tymoshenko’s Batkivschyna party Serhiy Sobolev.

Once co-owned by Ukrainian oligarch Ihor Kolomoisky, a harsh critic of Mr Poroshenko, the government nationalised PrivatBank after it collapsed in 2017.

Citing a recorded conversation that allegedly took place between Ms Tymoshenko and the former owner of the bank, in which she said she considered Mr Kolomoisky a “business partner”, pro-Poroshenko MPs also accused the former PM of making “political and financial agreements”.

Earlier this month, presidential frontrunner Volodymyr Zelensky was also also accused of using PrivatBank for illegal activities. Supporters of Mr Poroshenko claim that some 41 million US dollars were transferred from PrivatBank to the Kvartal 95 Studio, owned by Mr Zelensky, via comapnies controlled by Mr Kolomoisky.

In recent months, there has been speculation that the bank may be returned to Mr Kolomoisky should Mr Zelensky win the presidential election. If this happens, that would “be a deal-breaker for the International Monetary Fund,” financial strategist Tim Ash said, referring to Ukraine’s IMF bailout last year.

According to the latest survey conducted by the Rating Sociological Group and published on March 19, Mr Zelensky, a former comedian, still leads the polls by 24.9 per cent. Ms Tymoshenko comes in second with 18.8 per cent while the incumbent president would receive 17.4 per cent and miss out on the second round run-off. Voting takes place on March 31.