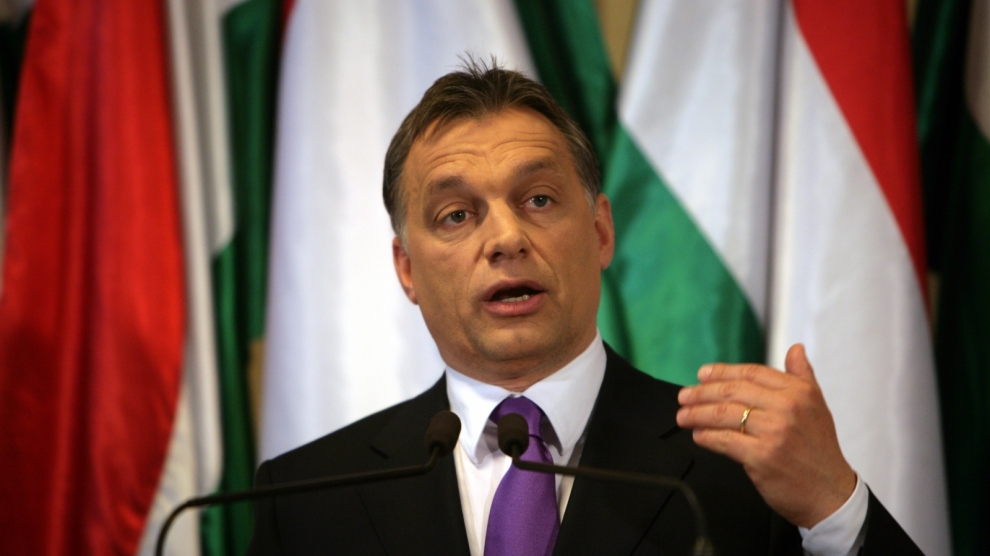 Fidesz has painted the map of Hungary orange once again. Victor Orbán, the Hungarian prime minister, has sealed a third term in office and may even have won a supermajority which allows constitutional changes.

With around 93 per cent of the votes counted, Fidesz was projected to take 133 of the parliament’s 199 seats, the minimum required for the supermajority, despite taking slightly less than 50 per cent of the vote. The Hungarian electoral system was altered during Mr Orbán’s first term in office, and hugely favours his party.

Mr Orban, whose entire campaign had been one of hatred towards foreigners, migrants and George Soros, making little mention of the real issues facing Hungarians, said immediately after the election: “We have achieved a decisive victory. There is a big battle behind us: we have created the opportunity to defend Hungary.”

The size of the Fidesz victory has come as something of a surprise. The high turnout, just under 70 per cent, was thought to have favoured the opposition. The last opinion polls published before the vote gave the party just 41 per cent with a margin of error that could have seen Fidesz gaining even less. In the end, Mr Orbán took every city in Hungary except the capital Budapest (in which he gained only three districts).

“Fidesz has achieved remarkably good results given that turnout is approaching 70 per cent,” commented political analyst Gábor Török. “In terms of legitimacy this can be called a stronger victory than 2014.”

The former far-right party Jobbik, which has moved to the centre in recent times, was the second largest party, taking 19.5 per cent of the vote, followed by the socialist MSZP on 12.3 per cent, the green-liberal LMP on 6.9 per cent and the democratic coalition DK 5.5 per cent. Momentum took only 2.8 per cent of the vote and will not make the parliamentary threshold.

Gábor Vona, leader of Jobbik, resigned the morning after the election, as did the head of the MSZP, Gyula Molnár.

“Sportsmanship requires me to congratulate the winner, but as this was not a sporting event I won’t be congratulating anyone,” said Mr Vona.

“It doesn’t matter if Fidesz has a supermajority or not, we will stand for the values we fought for. They could not buy us and they never will,” he added.