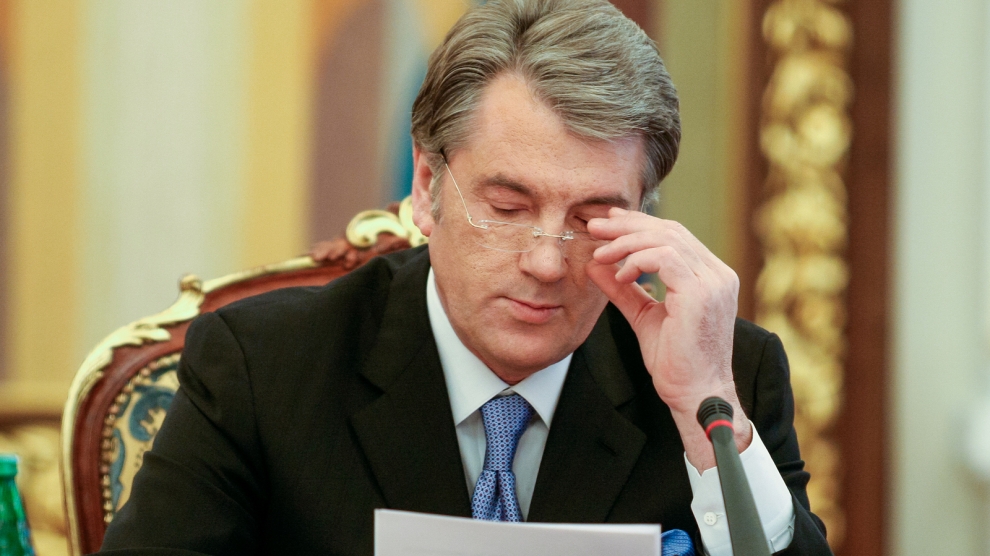 Former Ukrainian president Viktor Yushchenko (pictured above) has said that he will refuse to testify in a major corruption case involving the illegal privatisation of a property known as Mezhyhirya outside Kyiv, that later became the residence of Viktor Yanukovych, the former president’s successor.

On June 6, the Prosecutor General’s Office (PGO) of Ukraine formally accused Mr Yushchenko of illegally transferring the government-owned property, worth 540 million hryvnias (19.7 million US dollars) to the ownership of a fictitious company in Donetsk while he served as Ukraine’s president in 2007.

According to Larysa Sarhan, spokeswoman for the office of prosecutor general Yuriy Lutsenko, the former president is suspected of embezzlement of state property and the abuse of office in conspiracy with Mr Yanukovych.

After being transferred to the Donetsk-based fictitious company, Mezhyhirya became a residence where Mr Yanukovych lived when serving as prime minister until 2010 and then president until he fled the country following the Maidan revolution in 2014. The property now functions as a “museum of corruption”, displaying the former president’s luxurious lifestyle.