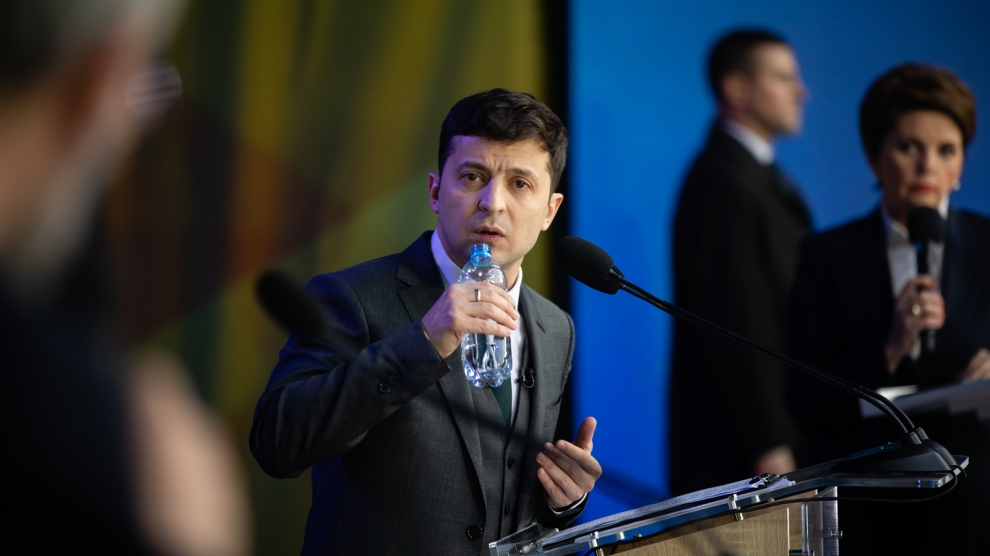 Text messages between former US special envoy for Ukraine Kurt Volker and Ukrainian officials have revealed that US President Donald Trump linked a White House visit by Volodymyr Zelensky, his Ukrainian counterpart, to an investigation into former vice president Joe Biden and his son, as well as alleged Ukrainian interference in the 2016 US presidential election.

“Heard from the White House – assuming president Z [Zelensky] convinces Trump he will investigate/’get to the bottom of what happened’ in 2016, we will nail down date for visit to Washington,” Mr Volker wrote to Ukrainian presidential advisor Andrey Yermak, prior to a controversial phone call between the US and Ukrainian presidents.

In the phone call on July 25, the US president pushed his Ukrainian counterpart to investigate the Ukrainian activities of Mr Biden, his chief political rival and his son, Hunter, who served on the board of Burisma Holdings, a Ukrainian gas company.

On September 24, US Democrats launched impeachment procedures against Mr Trump, claiming that he withheld 400 million US dollars of foreign and military aid for Ukraine unless Mr Zelensky does not launch an investigation against the Bidens.

There was no evidence of wrongdoing against neither Joe Biden nor his son.

“Once we have a date, will call for a press briefing, announcing upcoming visit and outlining vision for the US-Ukraine relationship, including among other things Burisma and election meddling in investigations,” Mr Yermak texted the former US special envoy in early August.

Released by the Intelligence Committee of the US House, one of the six congressional panels investigating the US president as part of the impeachment inquiry, the text messages also revealed the involvement of Rudy Giuliani, Mr Trump’s personal attorney, whose push to investigate the Bidens was supported by US State Department officials, including Mr Volker.

Speaking in a hearing before three panels of the US House, however, the former special envoy testified that he had urged Ukrainian officials not to get involved in US politics on Mr Trump’s demand.

According to the New York Times, Mr Volker, together with Gordon Sandland, US ambassador to the EU and a Trump confidant, was given a statement by Ukrainian officials that Mr Zelensky will announce the two corruption probes. The statement, however, was never published since Ukrainians were uncomfortable with what it had to say.

Meantime, Ruslan Riaboshapka, Ukraine’s new prosecutor general and a Zelensky appointee, has announced that he will relaunch corruption probes into Burisma Holdings.