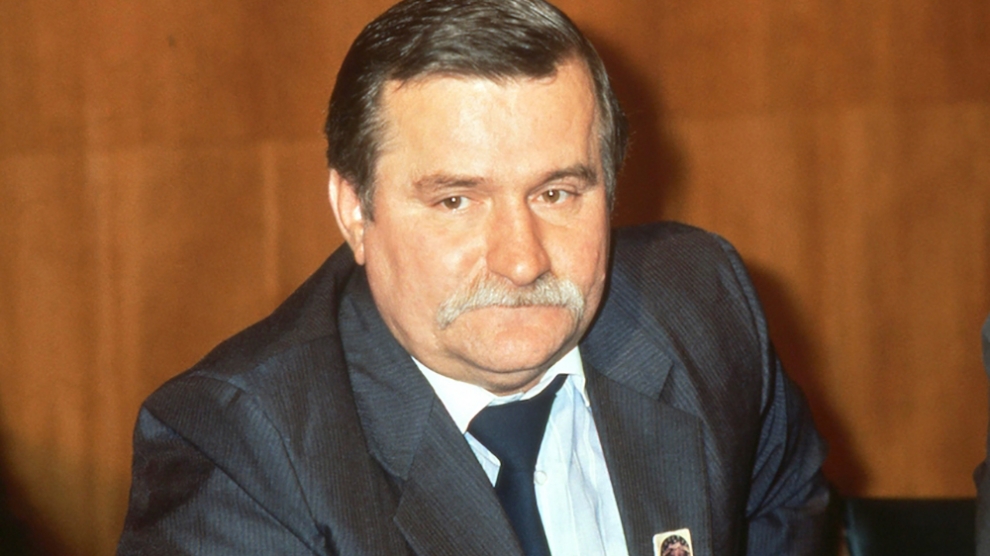 Between February 6 and 5 April 1989, round-table discussions were held in the Polish capital Warsaw between the ruling communists and the Solidarity opposition movement, led by Lech Wałęsa (pictured above). They would set the stage for a transition to democracy and, later that year, the unravelling of the whole communist bloc.

“The Berlin Wall fell because Poland started off the process,” said the country’s current president, Andrzej Duda. However, Mr Duda added that while the talks were needed, and welcome, “what happened was done on the communists’ terms,” leading, he says “to what we call post-communism—in the sense of many dysfunctional practices that we are fighting to this day.”

The talks were launched by Poland’s leader General Wojciech Jaruzelski in response to a growing number of strikes which were crippling the country’s economy. Mr Jaruzelski’s hope was that he would be able to draw prominent members of the opposition into the ruling elite without changing the overall political power structure. In reality, the talks led to radical changes in the Polish government and society.

“One can take different views of those historical events. Today we see them through the effects they brought. One thing is for sure: Poland’s political system and our situation changed. Today we are a member of the European Union and NATO,” Mr Duda added.

Prime Minister Mateusz Morawiecki said that as a member of a radical wing of Solidarity he was against the talks at the time, but admitted that they opened a new dialogue platform and introduced democracy into public life.

“I am happy with the way that events in Poland have evolved, but I still feel that a more uncompromising stand by Solidarity could have perhaps forced bigger concessions from the communists.”

The Round-Table Agreement, signed on April 4, 1989. The most important demands, including the legalisation of independent trade unions, the introduction of the office of president (thereby annulling the power of the Communist party general secretary), and the formation of a senate. The Solidarity movement became a legitimate political party, and took part in the country’s first partially-free elections, in June 1989. It won 99 per cent of all the seats in the senate and all of the 35 per cent of seats in was allowed to contest in elections for the lower house, the Sejm.

“We have to redefine Poland and the Polish democracy. I have been saying for the last 20 years: Poland needs order, Poland needs a new set-up. No, we cannot say we are democrats if we don’t respect court verdicts; if the [ruling party] is not realising the Constitution. Are they a democracy? How are they treating us?” Mr Wałęsa said in an interview for Onet.pl.

Interestingly, Poland is not the only country that had its own Round Table. Similar talks paving the way for Bulgaria’s peaceful transition to democracy and market economy were held between the Bulgarian Communist Party and the opposition Union of Democratic Forces. The roundtable talks started on 16 January 1990 and lasted until May 15, 1990.