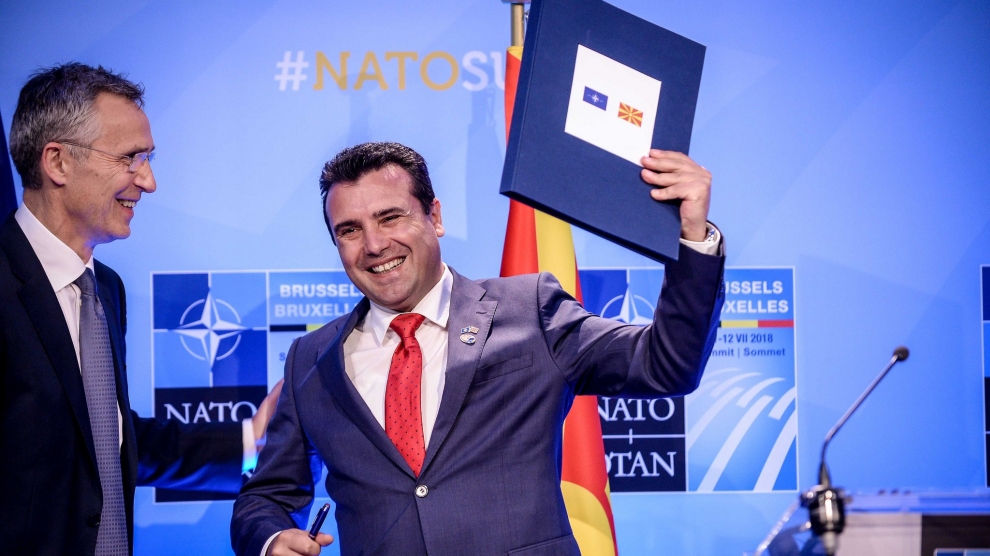 NATO has signed an agreement with Macedonia, clearing the way for the Balkan nation to become the military alliance’s 30th member. Each NATO member will now need to ratify the accession protocol.

Last month the Greek parliament backed a deal ending a 27-year row over its northern neighbour’s name, set to be changed to North Macedonia.

“Today is a historic day,” said NATO Secretary General Jens Stoltenberg. “All NATO allies have signed the Accession Protocol with Macedonia, which will bring more security and prosperity to the whole region. I look forward to the day when 30 flags will fly outside NATO HQ.”

“The biggest security alliance in the world has welcomed us,” said Macedonian Prime Minister Zoran Zaev. “As of today we sit side-by-side with our allies, at the same table.”