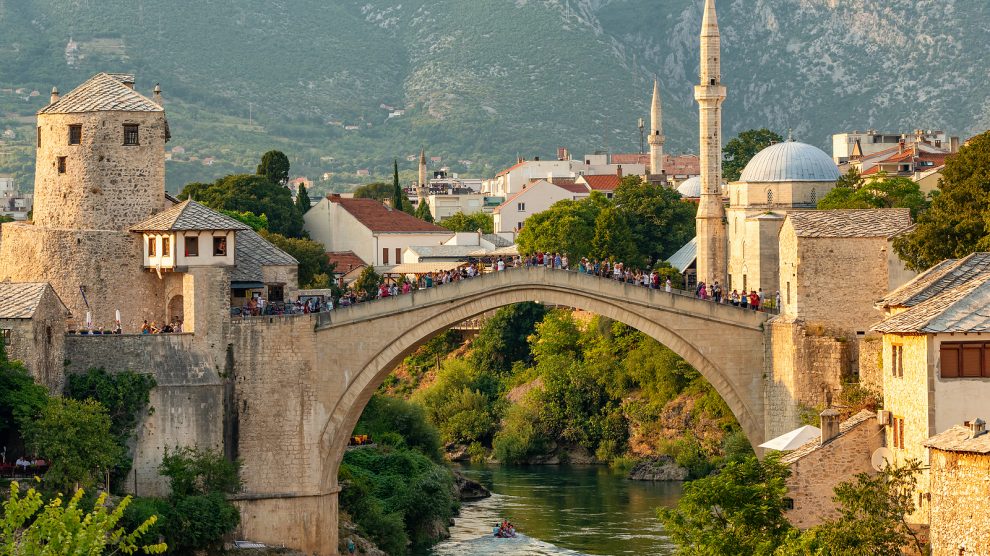 The future of Bosnia and Herzegovina remains the subject of intense debate. To mark the 25th anniversary of the Dayton Peace Agreement, members of the Wilson Center’s Working Group on the Western Balkans issued a report with recommendations entitled Fixing Dayton. In the spirit of debate, Robert M. Hayden, professor at the University of Pittsburgh, commented on the report, whose authors responded.

Zelensky takes on Ukraine’s oligarchs in bid to court Biden

Volodymyr Zelensky’s move last month to shut down three television channels that are linked to a multi-millionaire politician close to the Kremlin has raised hopes that the Ukrainian president is preparing for a wider crackdown on the country’s powerful oligarchs.

Romania reveals the limits of China’s reach in Europe

Bucharest has struck a far bolder stance than most Western European countries in saying no to China. Not only has Romania booted Chinese companies out of core sectors like nuclear power and telecoms, but it also last month delivered a scathing diplomatic rebuke to Chinese leader Xi Jinping when it refused to send its president to a landmark summit, despite persistent diplomatic hectoring from Beijing.

The reality is that the country’s elite, currently squabbling over power, is completely out of touch with their citizens.

Turkmenistan: The long arm of the police state

It is a matter of great frustration to Turkmenistan’s government that it cannot easily persecute foreign-based critics. Not that it stops them from trying. And often succeeding.

Slovenian Prime Minister Janez Janša is waging an ongoing war of words on Twitter against critical journalists, accusing them of lying and spreading fake news. Now the EU has criticised Janša’s dealings with the media.

Will Uzbekistan allow an opposition candidate to run for president?

Three days that shamed the world

Six years ago at the Cannes Film Festival, the Bosnian film director Jasmila Žbanic pitched a storyline for Quo Vadis, Aida?, a movie about the Srebrenica genocide. Žbanic, a Bosnian who’d grown up during the siege of Sarajevo and graduated from the prestigious Academy of Performing Arts, had already made several award-winning films. She was thought of as a stirring young talent. However, the producers were not impressed. Now, the Oscar-nominated film is teaching young Bosnian Serbs about the Srebrenica massacre.

Disturbed by reports of rising domestic violence under coronavirus lockdown, a Polish high school student decided to launch a fake online shop to offer a lifeline to victims trapped in their homes.

My Favourite War: The animated memoir on growing up in Cold War Latvia

Living on the westernmost edge of Latvia — and of the Soviet Union — in the 1970s, the nearby beach was off limits, in case citizens of the self-proclaimed “happiest country on Earth” would swim away, ostensibly to other, less happy nations.

Read a review of the film here.

In Kosovo, three organisations are showing what women can do when given the chance to lead
Hungary brings forward coal exit to 2025
Comment