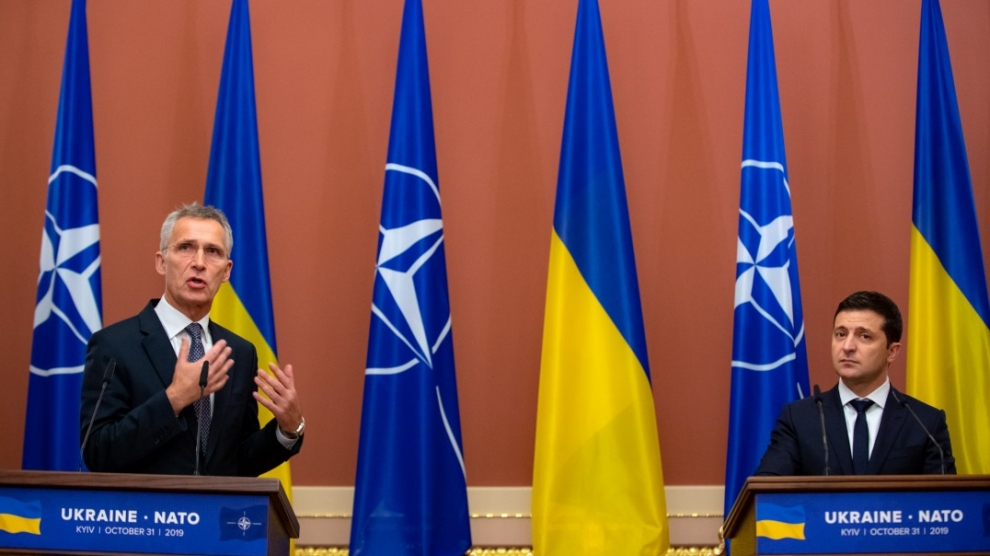 Ukraine stands ready for closer cooperation with NATO, continuing systemic reforms in the country’s defence sector and will keep the possibility of joining the Alliance’s Membership Action Plan on the agenda, Ukrainian president Volodymyr Zelensky has said after the latest meeting of the NATO-Ukraine Commission in Kyiv.

“We hope that our progress in the implementation of NATO principles, norms and standards, as well as the new format of our engagement with the Alliance, will be recognised in further political decisions of the Allies,” Mr Zelensky told reporters, adding that he was considering Ukraine’s accession to NATO’s Enhanced Opportunities Programme. “I am sure that Ukraine is ready to move to this new level of cooperation,” he stressed.

Mr Zelensky noted that the Ukrainian authorities were implementing serious structural reforms, strengthening of democratic institutions and the rule of law, as well as the modernisation of the security and defense sector.

According to the president, this “comprehensive reform” includes the management of defence forces, logistics, standardisation and medical support for the Ukrainian army. He noted that Ukraine wanted to extend this programme with the training of civilians in the defense sector and the improvement of military trainings.

“Ukraine is complying with all the recommendations of the Venice Commission on education law. Moreover, six of the seven recommendations have already been implemented by the Ukrainian side,” he continued, responding to Hungarian prime minister Viktor Orbán, who vowed to block NATO-Ukraine resolutions unless the Ukrainian government commits to protecting the nearly 150,000 ethnic Hungarians living in the Zakarpattia region, in northwest Ukraine.

Speaking at a joint press conference with the Ukrainian president, NATO Secretary General Jens Stoltenberg said that the Alliance was “encouraged” by the progress made in Stanytsia Luhanska and other areas where troops are being pulled back. At the same time, he expressed concerns over reports that OSCE monitors are restricted access in eastern Ukraine.

“Through 10 trust funds, NATO Allies and partners have pledged over forty million euros to support Ukraine, in areas such as command and control, cyber defence and medical rehabilitation,” NATO officials added in a statement.