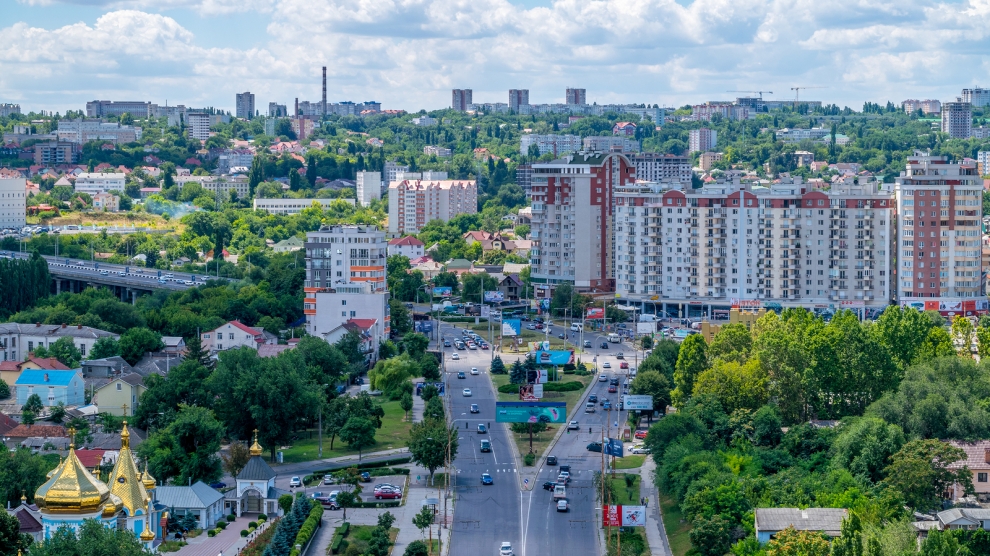 A legislative initiative to align Moldova to the Global Magnitsky Act was registered on Thursday, July 26, just hours before the closure of the latest legislative session of the Moldovan parliament.

The bill aims to prevent suspected individuals connected to large-scale money laundering, corruption, or human rights abuses from entering Moldova, access its banking system, or apply for its citizenship, and pledges to confiscate their assets if they can be traced to illicit activities. Originating from a civil society advocacy action, led by IDIS, TI-Moldova, CPR and Watchdog, the initiative found support from 10 MPs, representing two parliamentary fractions (PLDM and PPEM).

“We hope that there is not a single parliamentary faction opposing the fight against corruption or prosecution of individuals involved in money-laundering in our parliament,” said Tudor Deliu, chair of the PLDM’s legislative group, when presenting the draft law to the media.

Since most of the financial scams involving offshore jurisdictions were shepherded from Russia, authors of the Magnitsky draft law claim they want to protect Moldova from the influence of organised international crime, in order to prevent the country from becoming an international hub for illicit money-laundering operations and a safe haven for groups and individuals seeking shelter from the authorities.

Credible international sources estimate that around 85 billion US dollars has been laundered from Russia over the last decade and that around 24 billion US dollars might have been washed through Moldova. Over 34 states have been affected by the Russian laundromat, according to data shared by the OCCCRP, but attempts to bring those responsible to justice have been hampered by the reluctance of Russian officials to cooperate, as well as by local proxies.

The story behind the Magnitsky bill dates back nearly a decade. In 2009, a Russian lawyer, Sergey Magnitsky, was imprisoned, tortured, and then killed in police custody in Moscow. His murder was a response to his investigation into a huge tax fraud scheme used by Russian dignitaries to steal and appropriate over 230 million US dollars in federal funds. After his death, Bill Browder acted on behalf of his former employee and lobbied US Congress to punish complicit Kremlin officials involved in the killing of Magnitsky and pass a bill (in 2012) which specifically detailed a list of individual sanctions (such as suspending US visas and freezing of financial assets within the US banking system).

In 2015, Moldovan citizens discovered that they had been robbed of one billion US dollars. The embezzlement of over one-eighth of Moldova’s GDP generated a serious decline in the country’s wellbeing and increased instability in the financial system. With a 30 per cent currency devaluation in 2015, life became more expensive and visibly disconcerting for young educated Moldovans. Around the same time, links were found between the ‘heist’ of the banks and the infamous Russian laundromat estimated at 24 billion euros, involving several judges and governmental officials, in complicity with networks in Russia. Captured by affluent oligarchs, state bodies stood and watched the epic banking fraud take place, unable or unwilling to investigate and prosecute the culprits.

On May 3, 2018, EU foreign policy chief Frederica Mogherini publicly denounced the slow pace of the investigation into the fraud, and requested comprehensive and thorough efforts in recovering the misappropriated funds, bringing all those responsible to justice irrespective of their status or political affiliation. Earlier this month, the EU suspended its macro-economic assistance to Moldova, warning that other type of assistance would be swiftly stopped if the government continues to trample all over its its democratic commitments. Notwithstanding the European Parliament Resolution on Moldova, Democratic Party leaders accused the EU in tun of “playing into the hands of the opposition”; whose demands will remain unmet – return to the previous proportional election system from the current mixed system, validate the results of the Chisinau mayoral election and punish the politicised judges who invalidated them.

While civil society leaders appeal to EU for support, the ruling Democrats seem increasingly keen on exiting democracy, reflecting the views of their mighty financier, Vlad Plahotniuc, who seems keen to monopolise politics in Moldova and leave almost no room for opposition views. Growing steadily into a position of ‘absolute power’ (factotum), the Democrats are willing to install a sort of ‘vertical of power’ regime that would enable them to reign as ‘uncrowned kings’, thus, essentially undermining the substance of European values and norms, the most important pillar of the EU Eastern Partnership. On July 26, the ruling coalition, led by the Democrats, voted a law “on voluntary declaration and fiscal stimulation,” a de facto amnesty on huge amounts of foreign capital on payment of  a fee of three per cent.

Special provisions of the law would prevent the specialised investigation bodies from checking the ‘legalised’ assets. Largely, the bill is almost a tween to another draft law proposed on December 1, 2016 by the same authors on the so-called ‘capital amnesty’ that would release from liability any physical person and legal entity who illegally gained their property and assets in exchange for a two per cent tax to the state from the total value of the undeclared assets. However, this time the draft was adopted at a light-speed, in two readings in the same legislative day, without prior consultation. The velocity of the law making in this special case raised serious suspicions about the scope of this draft. As in 2016, prominent civil society leaders and opposition parties condemned in strong terms the law, seen as a brutal attempt to legalise the results of the banking frauds and create a large offshore zone in Moldova, instead of punishing the culprits of the banking frauds.

Earlier, the National Bank of Moldova confirmed it had received from the international Kroll and Steptoe and Johnson consortium all investigation documents, documenting that during 2012-14, three banks in Moldova provided loans worth 2.9 billion US dollars to the companies belonging to the Shor Group, which it had passed to the Anti-corruption Prosecutor’s Office. Nevertheless, the case remains open and the effective beneficiaries of the serious financial fraud are still at liberty.

While the opposition calls for active measures and justice, leaders of the ruling coalition seem to be more interested in a long-term game of chicken, using the investigation more as an instrument in their own political gambits rather than responding to the public dissatisfaction with the fraud. This feeds in turn more suspicions about their involvement in the banking fraud. Both EU and US high-level diplomats have already reacted, saying that the “US Embassy is gravely disappointed by today’s passage of legislation that will diminish Moldova’s ability to fight money laundering, and that it (the law) ‘legitimises theft and corruption’, and ‘will damage Moldova’s business climate.”

The US Embassy ends its communique with an unambiguous statement: “Criminals should be punished, not rewarded.” On the same day, the IMF country office expressed public concerns and stated that the adopted laws run counter to Moldova’s obligations and that tax incentives and a capital amnesty are not in line with the objectives of the fund-supported programme. Moreover, they make the tax system more regressive, undermine tax compliance, and pose significant fiscal risks. The EU ambassador also condemned the adoption of the law, saying “it severely undermines dialogue between Moldova and EU.” The World Bank and IMF completed the overall mood by saying that they are deeply concerned by the recently approved package of tax incentives and capital amnesty, as it may undermine the Moldovan government’s commitment to fighting corruption and could have a negative impact on tax compliance, leading to significant fiscal risks. The law is inconsistent with the policy reform program supported by the World Bank Group.

Adopting the ‘capital amnesty’ is certainly a confrontational move by the current elites in Chisinau towards the EU and the US, who were earlier blamed for not showing respect for ‘sovereign decisions’ and may serve as a way to strengthen inner group cohesion. This may seem to be a high-risk decision, but it is largely in line with the style of ‘corporate-thinking’ the Democratic leadership has invested into Moldovan politics over the last decade. The risks taken recently by the ruling elites of the Democratic party show a strategic direction adopted by the ruling leaders of the Democratic Party to isolate themselves from external ‘unnecessary’ criticism.

On August 1, Parliamentary Speaker Andrian Candu stated that he does not believe an IMF visit to Moldova would be reasonable, although earlier he personally applauded their “objective criteria to assess the results accomplished by the government.” It would thus confirm a tradition of Moldovan governments to block memorandums with the IMF on the eve of elections, as was the case in October 2014. This spells ‘sovereign democracy’ in the repertoire of the Moldovan ruling elites, which would like to get rid of any conditionality whereby power could slip from their hands. For kleptocratic leaders, this sort of governance is definitely more acceptable, less expensive in their own estimates, but has nothing to do with the ideas of European integration.

Following suit, several CSOs (civil society organisations) condemned in strong terms the ‘rush for gold’ proclaimed by the ruling elites of the Democratic Party, highlighting that it creates outstanding peril in terms of fiscal evasion, high rates of corruption and money-laundering, all affecting the credibility of reforms already implemented in the banking sector.

Adopting a Magnitsky Law in Moldova is not an easy task, but not an impossible one. In fact, Moldova is the 9th state to propose adopting legislation inspired by the Global Magnitsky Accountability Act. Although, few would expect the law to be passed swiftly, it may get some jolts due to the upcoming parliamentary elections, expected to be run at the end of 2018.

There is a decreasing interest amongst the ruling elites to undertake reforms and play according to the rules and obligations undertaken by the Moldovan government towards the EU through the Association Agreement.

Misguided political ambitions may force them to believe they are invincible when they are not. If democrats think it will be easier to dissolve domestic criticism afterwards, this may be a mistake of astronomic size. It is still unclear how far they can go, but it will clearly complicate the economic situation of the country, six months before general elections.