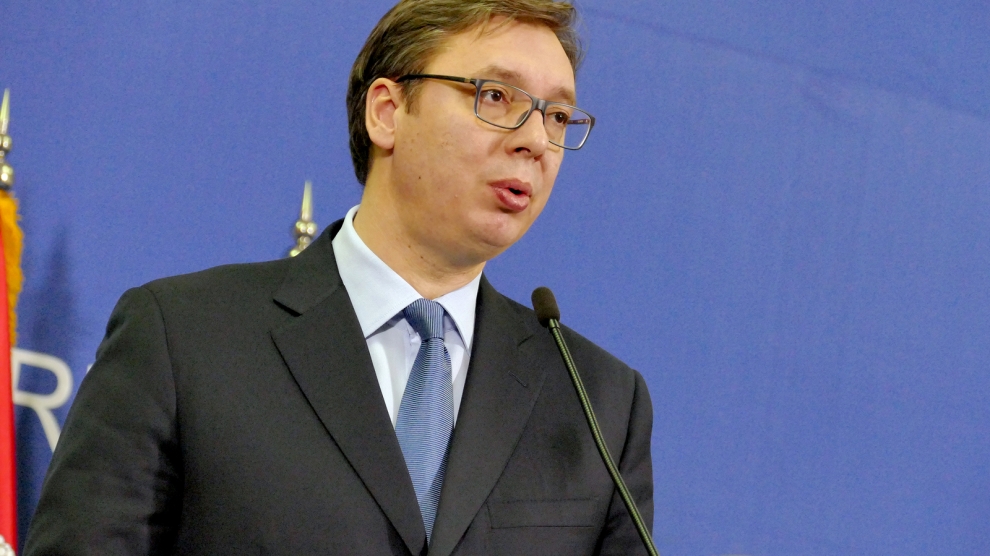 Over the past couple of years, Russia’s role in the Western Balkans has been gaining ever more attention. While we know that Moscow is trying to extend its influence into a region that is prone to conflict and instability, it is also important to put these moves into their proper context. Truth be told, Russia’s influence is more limited than many suppose. Croatia, Albania and Montenegro are all NATO members. Macedonia has just received an invitation to join, subject to the recent name deal with Greece having been finalised. Kosovo is pro-Western to its core. In truth, the main areas of concern are Serbia, and Republika Srpska, the Bosnian Serb entity, which is in a position to shape Bosnian national policy on NATO.

Many outsiders believe that Serbia is innately Russophile. In truth, much of Moscow’s influence really comes down to just one factor: Kosovo. In 2008, the former Serbian province unilaterally declared independence. Serbia relies on Moscow’s veto in the Security Council to prevent Kosovo from gaining UN membership, and thus general international acceptance and recognition. However, this support has come at a high price. It has given Russia a degree of influence over Serbia. It has used it to good effect to gain control over the energy sector. This has in turn caused a degree of resentment amongst Serbia’s political elite. Many believe that the Russians are exploiting the country. Unfortunately, there is little Belgrade can do. As long as Serbia opposes Kosovo’s independence, it will need Russia’s support.

Moscow has also been very clever at spotting other opportunities to extend its influence over the country. For example, in 2015, a resolution was presented to the Security Council to commemorate the genocide in the Bosnian town of Srebrenica. However, it was terribly drafted. Rather than focus on trying to prevent further atrocities, it concentrated on condemning Serbia. Belgrade therefore sought Moscow’s support to block the resolution. Russia duly obliged. Serbia now owed Russia another favour.

As a result of all this, there is no doubt that many Serbs feel that Russia is now their closest ally. Indeed, surveys suggest that Serbs believe that Russia is the largest foreign aid donor to the country, when of course the EU holds that honour. But while many Serbs may feel an instinctive sympathy for Russia, it is not as ingrained as many might suspect. Few Serbs speak Russian or have ever been there. More importantly, most also know that Russia is not the future. In a much-publicised opinion poll in 2016, Serbs were roughly split on support for Russia and the EU. However, on the question of where they would like their children to live, the results were overwhelming: 70 per cent said the EU, versus just 17 per cent for Russia.

Only Fools and Horses

This caution not to over-emphasise Russia’s influence in Serbia can also be illustrated in other ways. A personal favourite story concerns the opening of a cafe named after Vladimir Putin in Novi Sad, Serbia’s second city, in 2014. This received widespread media coverage, regionally and internationally. And yet it was a tiny place. Interestingly, and wholly unreported in the media, was the fact that there was an upmarket restaurant just 100 metres away that was named after the great British statesman, Winston Churchill. Even better, two years later the Putin café was gone. In its place was a new café named after a character from Only Fools and Horses, a British comedy show that was extremely popular in Serbia. It is a small example that says a lot.

The one area where there is perhaps greater cause for concern is Bosnia. In recent years, Milorad Dodik, the president of Republika Srpska has been courting Russia as he makes worrying noises about pursuing independence. However, while Moscow may be happy to see some instability, it seems highly doubtful that it would want to provoke a full-scale crisis, let alone a unilateral declaration of independence. After the failure of Abkhazia and South Ossetia, Russia will not want to be seen to be the patron of yet another failed secessionist statelet. Moreover, Serbia is not about to put its EU accession hopes, which are now finally picking up speed, at risk over such a foolhardy venture.

There is no doubt that Russia is trying to expand its presence in the Western Balkans, especially over Serbia and in Bosnia. And in many ways, it has successfully managed to lever its advantages as best it can. However, it is also important to put this in its proper context. Most people in Serbia understand that the European Union is still their future.

The EU & The Western Balkans: Love lost in the time of coronavirus

Fighting corruption in Ukraine and Armenia

James Ker-Lindsay is Senior Visiting Fellow at LSEE-Research on South East Europe, London School of Economics and Political Science, and Research Associate at the Centre for International Studies, Oxford University. He is on Twitter @JamesKerLindsay.

Will a Magnitsky Law help Moldova?
What Ukraine needs to do to achieve its vast potential
Comment