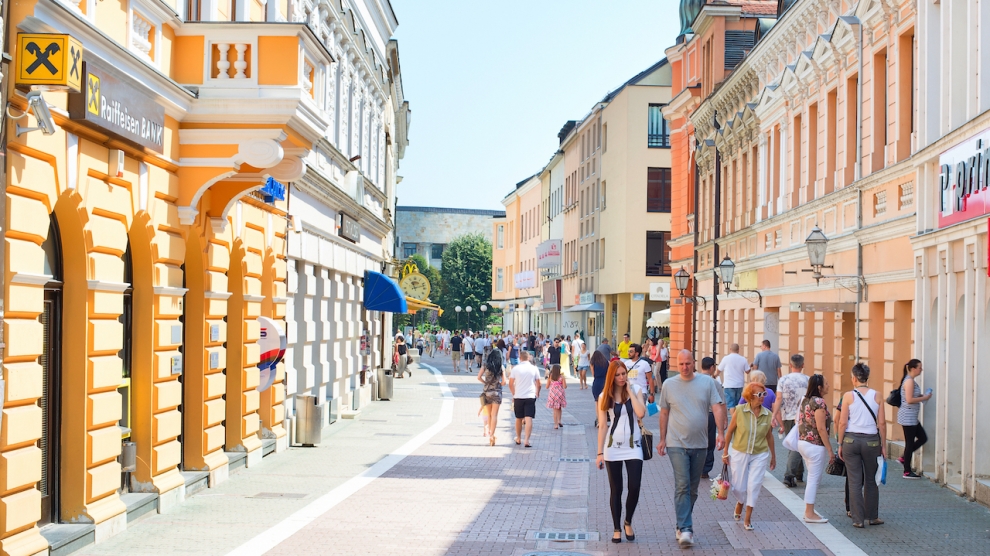 “Republika Srpska (RS) is a state and Russia is its ally”. Milorad Dodik, the president of the predominantly Serb entity within Bosnia and Herzegovina, is not someone known for mincing his words.

The referendum on whether Republika Srpska should celebrate January 9 as a “state holiday” being held today proves he does not shrink from a good political fight either.  It poses a frontal challenge to the authority of Bosnia’s Constitutional Court which has ruled that the choice for the Christian Orthodox holiday of St. Stephen braches the basic law’s anti-discrimination provisions.

The plebiscite has come as an opportunity to grandstand against the EU and US, as well as against Serbia’s Prime Minister Aleksandar Vučić, who all oppose it as a threat to Bosnia’s stability and territorial cohesion.  As far as Dodik is concerned, there will be no u-turn this time—unlike in May 2011 when he called off another referendum under pressure from the then EU Foreign Policy chief Catherine Ashton. “Even Putin cannot change our decision,” he has said.

It is not like Putin has been trying hard to pull the RS leadership from the brink, however. The Russian Ambassador in Sarajevo, Petr Ivantsov, has been fending for Dodik at the meetings of the Peace Implementation Council (PIC)’s steering board. Mere days before the referendum, on September 22, Putin himself welcomed the Dodik in Moscow, signalling his support. In fairness, the Kremlin did not say much after the late-night meeting, apart from a bland sentence or two about “the situation in the Balkans” having been the subject of discussion. There was no blank cheque issued.

But Dodik was nonetheless confident enough to herald that Moscow endorsed the imminent vote as “people’s right”. Let democracy and self-determination rule! Dodik’s motivation to press ahead with the referendum, against everyone’s objections, is no mystery. Local elections are just around the corner and rallying Serbs behind the flag cannot be a bad thing. Furthermore, patriotic fervor distracts from more mundane concerns, such as the nexus of corruption scandals involving the president.

Who cares what the RS opposition and prosecutors say when a national cause is at stake? Dodik knows this game better than anyone else. He has reinvented himself from a moderate and darling of the West to a hardliner, singing from the Kremlin’s hymn book. In his mind, brinkmanship strengthens his hand vis-à-vis pesky EU and US officials who fear the consequences of the Dayton framework coming apart.

True to style, Russia has seized on this opportunity to throw a spanner in the works for the West— not the first time in the Balkans. Last year, Russia blocked a UN Security Council draft resolution describing the 1995 Srebrenica massacre as a genocide. The practical significance of this move was negligible, but Moscow got a great deal of symbolic mileage amongst nationalist-minded Serbs scattered across ex-Yugoslavia. (Ironically, it was Ambassador Vitaly Churkin who delivered the veto. As Yeltsin’s Balkan envoy in 1994, he suffered a humiliation at the hands of the Bosnian Serb political and military leadership, which undercut a Russian-brokered deal on Goražde.)  And in November 2014, Russia abstained in a UN vote to extend the mandate of the EU’s peacekeeping mission in Bosnia, EUFOR.

The unprecedented decision sent a clear message: we could have blocked the operation had we wished so; it is we who hold the key to stability.Bosnia tells a larger story about Russia’s strategy in the Western Balkans. Playing the spoiler allows Moscow to pose as a bona fide competitor to the West in the EU’s “soft underbelly”. It is a low-cost strategy involving minimal risks and draining no precious resources. Russia’s financial commitment has been limited, notwithstanding the loans to RS.

As Prime Minister Medvedev reminded his constituents a few months back, money is in tight supply these days. Coveted gas pipelines are not going to be built anytime soon. Republika Sprska’s agricultural exports have yet to find their way to the Russian market, even though Dodik endorsed Crimea’s secession and made sure that Bosnia as a whole rebuffed the Western sanctions. Just like its other neighbors in the Balkans, Bosnia continues to gravitate politically to the EU, having made a step closer to candidacy recently.

Even NATO is not such a far-fetched idea, given the membership action plan (MAP) from 2010. By contrast, Russian peacekeepers left the region in 2003. Yet, so long as the Balkan republic remains dysfunctional and internally polarized, Russia will be in position to flex its muscles and score political points. Dodik’s love affair with Russia also hints that ties between Belgrade and Moscow are not as smooth and cozy as they appear to be on the surface.

Serbia and Russia have found themselves on the opposing sides of the Bosnian referendum issue. The Russians have not been pleased by Aleksandar Vučić’s policy of forging closer relations with NATO either. In 2015, Serbia adopted a status-of-forces agreement with the Alliance to upgrade cooperation under the Partnership for Peace program.

By contrast, the Russian personnel at the Humanitarian Center in Niš— opened in 2011 by Sergei Shoigu, then in charge of the Ministry of Emergency Situations, now the Russian Defense Minister—have been denied diplomatic privileges and immunities. In the run-up to the April 23 elections, Russia was seen as favoring unreconstructed nationalists—e.g. Vojislav Šešelj’s Radical Party—calling for a complete breakup with the EU and referendum on NATO membership, over the incumbent Serbian Progressive Party (SNS).

Prime Minister Vučić’s Titoist instincts—balancing between Russia and the West— have turned into a problem for Moscow as Serbia listed Westward. Vučić succeeded in marginalizing Moscow’s truest friend in Belgrade, President Tomislav Nikolić. Serbia will not become a member of NATO, like neighboring Montenegro, but its neutral status, going back to a parliamentary resolution in 2007, is no obstacle to developing strong and profitable military ties with the Alliance, as well as the US For all the hype and hyperventilation about a burgeoning alliance between Russia and Serbia, reality is far more nuanced.Serbia has its own list of grudges, to be sure.

Long-held expectations that brotherhood and friendship with Russia will pay off massively in terms of trade and inflow of FDI have failed to materialize. Serbs complain that GazpromNeft acquired NIS, the national oil champion, for a fraction of its value in anticipation of the South Stream pipeline project, which was then unceremoniously cancelled at the end of 2014 by Putin.  Fiat cars assembled in the Zastava factory in Kragujevac cannot find a market in Russia, as they are exempt from the Free Trade Agreement (FTA) signed by the two states.

Russian authorities have been, thus far, unwilling to transfer advanced arms systems, including S-300 surface-to-air missiles, to Serbia, unless, of course, Belgrade pays the full price in hard cash—a difficult proposition for the struggling Serbs. A vast portion of Serbian society idolizes Putin, applauds Russia’s assertive policy, and is thankful for the support in fighting the independence of Kosovo (a rear guard battle, at best). Yet the government has perfectly legitimate reasons to treat co-operation with Moscow as one amongst several strands in foreign policy, and perhaps not the most important one at that.

The received wisdom is that the Western Balkans is Russia’s stomping ground, a region vulnerable to infiltration as the influence of EU and the US wanes. That is not divorced from the truth, as the Bosnian referendum shows. However, it is also the case that the region’s seasoned political operators are not in the Kremlin’s pocket. They are accustomed to play the Russian card to either pander to domestic audiences, who typically share a romantic view of Russia, or haggle with the West.

Relying on diplomacy, soft power, and very modest sums of money, the Kremlin has managed to build a network of allies and clients across the region, with Dodik topping the list. But then again, Moscow would know a thing or two about Titoism and its present-day echoes, wouldn’t it?

The editorial was originally published on the American Interest website.
In the photo — the city of Banja Luka

Dimitar Bechev is a Visiting Scholar at the Centre for European Studies, Harvard, and Director of the European Policy Institute, Sofia.