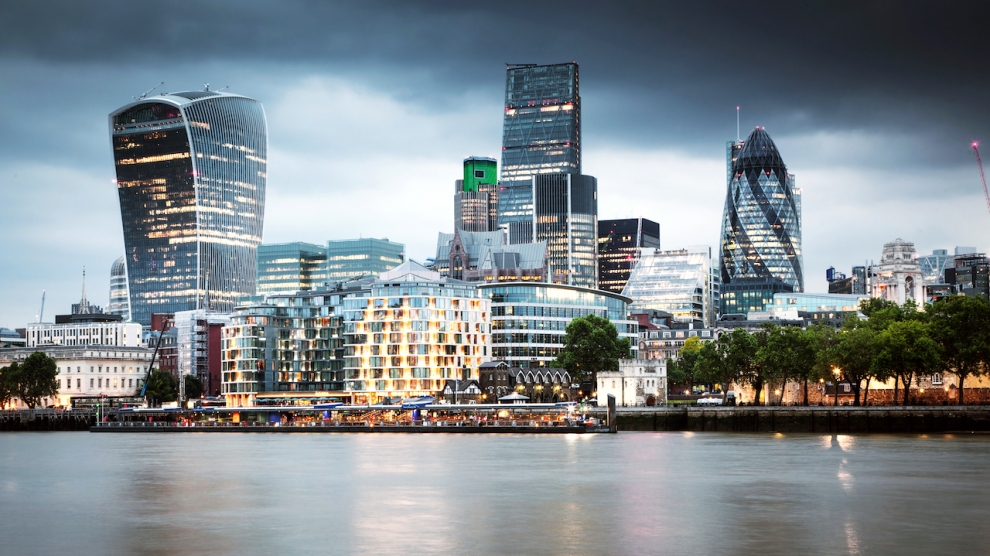 It is unfortunate that, in the current geopolitical climate, anyone from overseas is considered a potential threat to our so-called way of life and British values.

There is an increase in foreign workers being drawn to the UK, particularly from parts of the CEE region, because of the very nature of those British values that they so admire and aspire to being a part of, and this has created an often unfounded perception that such people are only here to derive benefit from our work and social infrastructure, for personal gain without no regard for the wider communities where they settle.

A great deal of this is fuelled by the popular media, whose success is built on sensationalism and high octane output, as well as political figures whose interests have been driven by personal and political agendas, for example driving the UK’s exit from the European Union.

What is not often considered is that the call for access to a migrant workforce is driven by a real demand from business, desperate for access to relevant skills and talent that it struggles to find in its own marketplace, and that migrant workers contribute both financially and culturally to the rich tapestry that has always made the UK such a unique and attractive place to be a part of. It is not always about the money!

For as long as I can remember Romania, and to a great extent Bulgaria, have had a harder battle to fight than their neighbours who became Member States three years before them. This has been further hindered by the UK’s decision to impose a relatively lengthy period of right-to-work sanctions after opening its doors to both countries.

To justify this decision, a great deal of political rhetoric began to circulate, communicated far and wide by the media at that time: scaremongering stories about the evil impalers and criminals flooding the country and why it was important not to allow them to integrate and work in our society. They became the fall guys for the political reaction to an unforeseen outcome concerning the number of migrants arriving in the UK, from the CEE countries that joined the EU in 2004.

At that time a great deal of incredibly positive work began to emerge, predominantly driven by a growing number of Romanian groups, derived from business, culture, religious institutions and to some extent governments. Several initiatives and projects, with ambitions to convert the doubters and to educate people about Romania, its culture and greatest asset — its people, were born and to a great extent succeeded in raising awareness about the realities and image of this little known country in Europe.

The task at hand was not always easy — it took a great deal of dedication and passion, from an amazing number of incredible people from all walks of life, to make a huge difference. The often turbulent political landscape in Romania and the frequent reports of systemic corruption did nothing to help the cause, and despite the enormous strides taken in Romania to get its house in order, these issues rumble on to this very day.

CEE countries, in general, seem to have less self-confidence about what they have achieved over the last quarter of a century and what they can achieve in the future. The burden of history plays a critical role in that behaviour. Each country in the region comes with its own baggage. The region is still in a phase of transition — in the generational context for the most part — those that were there before the fall of Communism, and who lived through the full effects carry trunk loads of baggage — those that crossed the before and after and travelled with their suitcase and now hand-luggage only, and those that have only known the democracy and free-will to achieve whatever and be whoever they want to and who backpack their way around the world absorbing everything life has to throw at them.

When you say a quarter of a century in those words it sounds like a really long time, but if you say 25 years, that is nothing in the big scheme of things. A drop in the ocean! What has been achieved in this region is extraordinary: freedom, democracy, reform, strategic partnerships and alliances, enterprise and investment, jobs and social mobility. A lot of new buildings! A force of nature for many, and not just the young but also those who have experience on both sides of the coin, has been a willingness to break free; to see the world, be educated and learn as much as possible from the developed world and then to bring all that wealth of knowledge and know-how back, to build the region for the future.

Some parts of the region are much better at communicating their value proposition than others. This, in my view, is where Romania is lacking. Somehow, it has not quite managed to strike the right chord in its communication with the outside world. Despite its many admirers and willing and passionate ambassadors for the country, be they Romanians, British or other nationalities, somehow we are still missing a beat. I don’t have all the answers, by any means. Romania’s brand image is not what it could be and somehow we need to find a more joined up way of connecting the dots.

It is paramount to bring the business, culture, social, civic and official brains together to create cohesion in the melting pot and to work constructively and systematically together to achieve this important common goal.

Romania is the fastest growing economy in the region. That is incredible. It is this kind of key fact that must be communicated and not just for gloss and glamour, but because of a real business case. Romania, as the rest of the region, is open for business, full of real business opportunities, and ready and willing to be capitalised upon.

I am one of those I mentioned earlier that straddle both sides of Romania’s history. I was born in Romania, into a highly socio-political family dynamic. My memories of Romania from that time are those of a child, and of a charmed life of family and friends. I remember the love and protection of devoted parents and grandparents and close cousins with neighbouring children as playmates. I recall kindergarten and being bossy and leading my playmates astray and getting into a lot of trouble, predominantly with my beloved grandmother.

Beneath the idyllic picture in my mind lies a difficult family history, full of pain and disappointment, hardship and separation, and social exclusion because of upheld heartfelt anti-establishment views. The exodus from Romania that began in the late 1960’s, resulted in our close family being dispersed across continents, but still closely tied by our common history and values. The home we finally made was in the UK, in the early 1970s, and was where I grew up firmly rooted between two cultures. I had activist grandparents, who dreamt of and campaigned for a better Romania, parents who worked hard to move on from a challenging past to blend into a new culture and to embrace newfound space to breath and grow without restraint. All have gone a long way to help shape my British-Romanian trajectory.

I cut my teeth in industry and through my father’s own dream for a better Romania I entered the world of business and chambers of commerce. His vision for an economically strong Romania was driven by business investment that led to the founding of a brand new British chamber of commerce. It was dedicated to driving British Romanian trade and investment and acted as a powerful platform for raising awareness of the opportunities in Romania for business and also for raising the profile of the country on the world stage. His enthusiasm and passion was infectious and relentless. I couldn’t resist. From that point onwards my hand-luggage only journey began in earnest, and as they say, the rest is history.