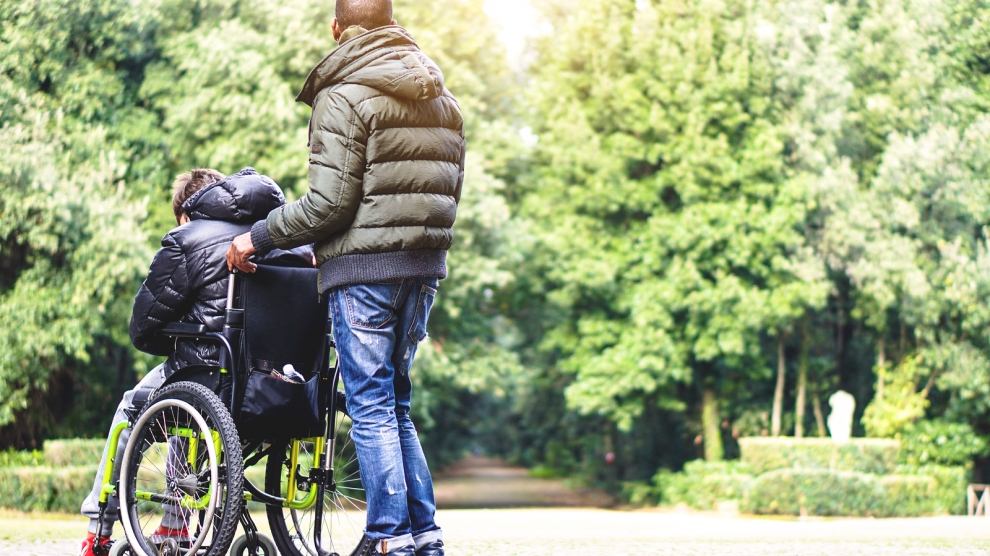 Based on the directives of the European Union, accessibility is gaining more and more attention. As a result, it has become evident to European experts that people living with disabilities do not make up a homogenous group, but are a heterogeneous group composed of individuals with special characteristics. According to the United Nations World Health Organisation (WHO), disabled members of society are far more affected by poor accessibility than experts had previously thought. Today, more than 15 per cent of the total population is disabled in one way or another, which means that over one billion people are affected. This surprising data can raise new questions, which makes it key to clarify that the definition of disability is a physical or mental state in which the disadvantage of physical impairment, physical limitations in certain actions and intention of participating in certain life situations is problematic. 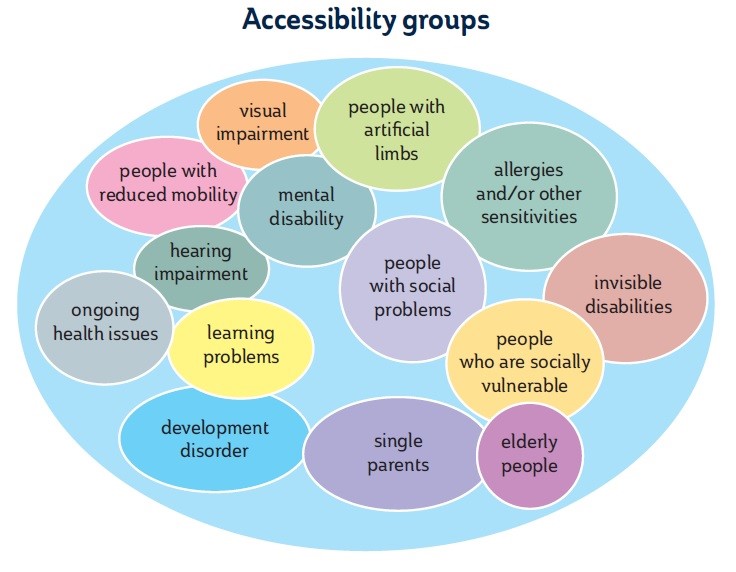 In order to clarify the situation it is imperative to understand that, from a medical point of view, professionals distinguish congenital anomalies – disabilities caused by genes during the development of the fetus or as a result of a birth irregularity – from acquired disabilities – conditions which can be attributed to an external cause resulting from an impact during a person’s life after birth. There can be different needs and approaches in the process of accessibility among groups of people living with the two different types of disabilities. For people with acquired disabilities, flexible two-way social communication can be established with a positive attitude, in which professionals in accessibility can get to know these problems without having disabilities. It is, however, essential for staff working with groups with either congenital anomalies or acquired disabilities to obtain the appropriate professional qualifications, as most situations will require unique solutions to improve the quality of life.

However, the European Union’s cohesion policy requires the same quality of access for all social groups, to provide equal quality of life and well-being for all. From the perspective of how easily available quality of life is, accessibility groups are present in roughly the same economic segments as the rest of the population, moreover they can over represent themselves in some of these segments due to their existing conditions. Studies concerning people with disabilities have previously focused specifically on the quality of life and, in connection with it, predominantly objective factors such as GDP, GSI or HDI. As a result of past research, a lot of conclusions arose which have not brought a positive change for people living with disabilities and has not sparked society’s intention of changing in favour of them. The shifting focus to subjective elements in quality of life research has played a role in the early concept of accessibility. Satisfaction, happiness, security factors and the importance of feelings – all closely relating to quality of life – have become increasingly important to disability groups as well as other social groups.

In order to support the quality of European accessibility, EU experts in the field take great care to make both information systems (AIS) and the physical environment accessible. Through developing AIS systems they place importance not only on signs, uniform standardisation of pictograms, but digital and informational communication technologies as well, such as harmonisation of mobile applications, visual aids, fonts and colours, which fully comply with global communication standards. The infrastructure present in the physical environment in the process of accessibility does not have the same assets which would be expected by the majority of society.

There is a differing attitude throughout the member states of the European Union regarding stereotypes of people living with disabilities. An accessible environment means much more than its visible manifestation. The condition of approachability means the accessibility of locally available tools, identifying application and security, which points beyond a simplified use of the environment. Furthermore, the use of accessible transportation infrastructure does not only mean the use of an auxiliary device, but the existence of a helper or an aid, who/which can be an available, on site staff, if nobody is accompanying the disabled person.

The European Union’s accessibility programme is defining complex strategic goals, through which society’s accessibility groups can represent themselves more efficiently in the future. Member states of the European Union have different approaches to the growing role of people with disability within society – this is mostly due to their own cultural differences. These specific national viewpoints give differing answers to solidifying the processes of accessibility, but appropriately looking after people with disabilities is a shared social responsibility.

The industry of EU member states can mean a common ground to those concerned and a framework where healthy members of society can get to know the preferences of those living with disabilities. There are relatively few service provider participants in the national industries of accessibility in the central European regions, even though there is a significant need.

Society must understand that people with disabilities would like to change existing stereotypes and would like to achieve a social shift in approach through integrated activities. The European Union’s cohesion policy predominantly shares these ambitions.

Martin Zsarnoczky, Ph.D is an entrepreneur and actively involved in community development. He is also a board member of the Budapest Chamber of Commerce and Industry, and works as a mentor for the Young Entrepreneurs Association. He is a full time assistant professor at the Institute of Marketing and Media at the Tourism Department of Corvinus University of Budapest.