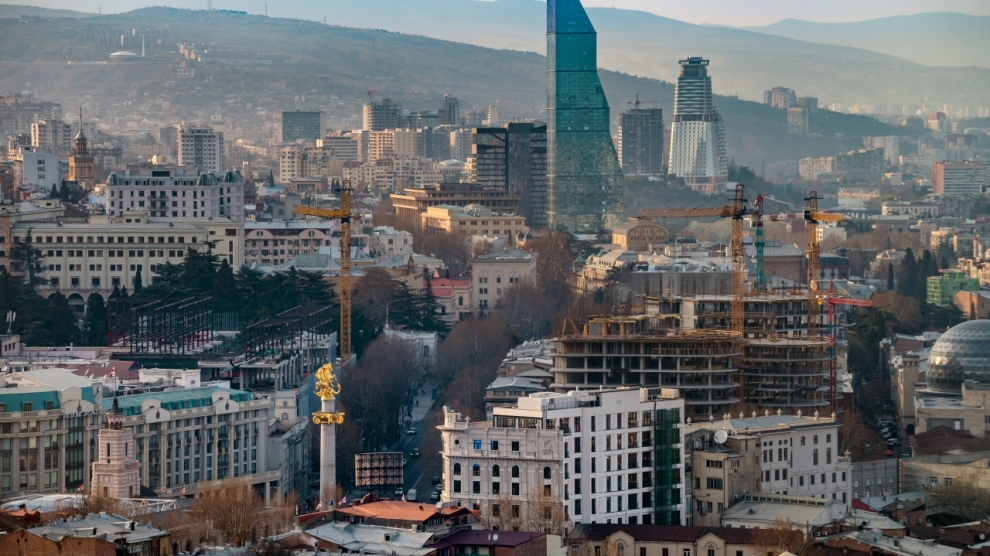 Since the 2003 “Rose Revolution”, Georgia has been the darling of the former Soviet region, shooting up the business environment and anti-corruption rankings. This has done wonders for its international reputation, attracting significant foreign direct investment which underpinned robust economic growth in the years up to the 2008 global financial crisis.

Since then, its sensational progress has inevitably slowed, and the structural barriers to growth including a sharp urban-rural divide, a limited natural resource endowment, a narrow manufacturing base and a heavy dependence on remittances have reasserted themselves.

The economy slowed significantly in 2015-16, to an average of 2.8 per cent real GDP growth, compared to averages of 5.6 per cent in 2010-14 and 9.6 per cent in 2003-07. The slowdown was caused primarily by the recession in Russia which depressed the value of remittances to Georgia. Fixed investment also fell, despite FDI recovering to 2007-08 levels.

Thus far in 2017, the Georgian economy has rebounded, due to a recovery in the Russian economy, which has boosted remittance inflows. Consumption is also supported by loose fiscal policy and the stabilisation of the lari. The tourism sector has also performed extremely well. Georgia has seen a boost in tourists from the Middle East and the total passenger flow at Georgian airports grew by almost 50 per cent year on year in January-July, with tourism revenue soaring by 43 per cent year on year in July. Exports to China are growing rapidly and could reach new heights, following the signing of the China-Georgia Free Trade Agreement in May 2017. As a result, real GDP growth in 2017 is likely to exceed 4 per cent.

However, the outlook after 2017 is mixed. Given the recent trade agreements with China and the EU, the prospect for export-led growth in the coming years has improved. However, Georgia’s potential will be limited by the small size of its manufacturing sector, and outside the agricultural sector, its exports are of little-added value (used cars and scrap metal make up a large share of foreign sales).

Merchandise exports currently account for less than 25 per cent of GDP. Although Georgia’s business environment is relatively benign compared with those of its neighbours, foreign investment and integration into global manufacturing chains may be constrained by perceptions of high political risk. This may limit regional interconnectivity and skill mismatches in the labour market.

In 2018, the Chinese economy is likely to experience a growth slowdown as it grapples with its oversized debt burden, which will depress global commodity prices. This, in turn, could weaken the economic recovery in Russia and the recent pickup in remittances to Georgia. In addition, the outlook for investor and household confidence in Georgia remains uncertain, given recent policy uncertainty related to the upcoming constitutional amendments and the renewed ban on foreign ownership of agricultural land.

The authorities are rightly trying to stimulate the major sectors of the economy, including agriculture, hydropower, tourism and transport. However, they are challenged in their efforts by more urgent issues such as reducing high levels of poverty and unemployment and improving the sustainability of the country’s public finances (public debt has more than doubled since the financial crisis, reaching 45 per cent of GDP in 2016). In addition, the weakening of the lari in 2015-16 led to a sharp rise in the external debt/GDP ratio, which increased to an average of 102 per cent in 2015-16, from 85 per cent in 2014.

In addition, Georgia is reliant on high levels of investment and lending to cover its large current-account deficits. If, in the medium term, Georgia sees higher interest rates brought on by a change in investor sentiment vis-à-vis emerging markets, this could potentially lead to external financing problems for the corporate sector and to higher currency volatility.

Given the downside risks ahead, the economy is unlikely to post pre-2008 growth rates in the coming years. However, in the longer term, if Georgia is successful in maintaining in policy credibility and supporting its sectors with growth potential (agriculture, hydropower and tourism), there is room for an investment and export-led growth acceleration.

Maximilien Lambertson is an analyst in the Europe team at the Economist Intelligence Unit (EIU). He covers economic and political developments in the Balkans and the former Soviet Union. He previously worked at the European Stability Initiative. In 2012-13 he supported political development programmes in Albania and Bosnia and Hercegovina for the National Democratic Institute in Washington, DC. He has held fellowships in Vratsa (Bulgaria) and Tbilisi (Georgia). He holds a Master's degree in Politics, Security and Integration from University College London. He holds a BSFS in international politics from Georgetown University.