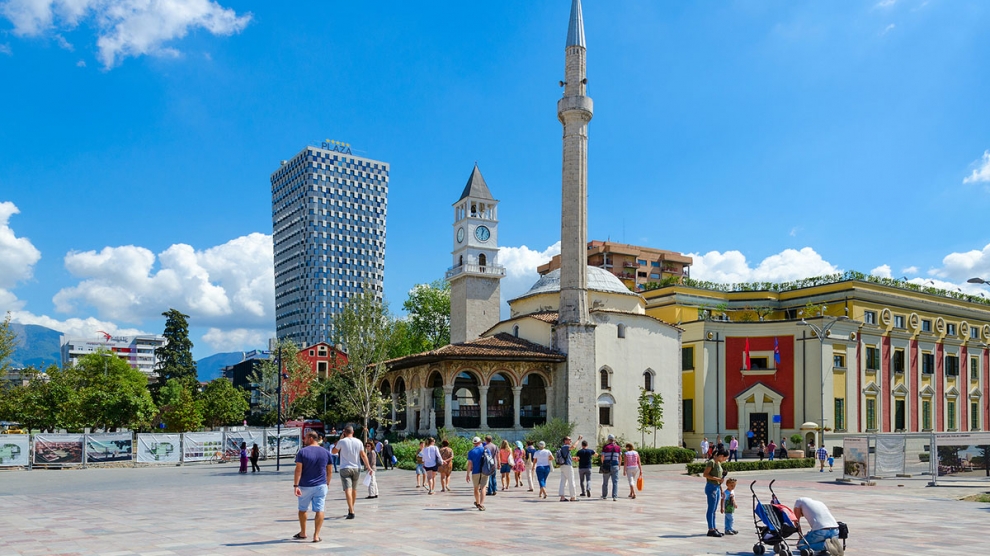 Albania is moving forward on its path towards an ever-closer relationship with EU and the EBRD is committed to support the country in this process. A huge step forward was taken on April 17 when the European Commission recommended starting talks with both Albania and neighbouring Macedonia to join the EU. The EBRD is committed to supporting the country in this process.

Accelerating EU-oriented reforms, especially in the fields of public administration and the rule of law, continuing to improve the business environment and sustaining the reform momentum in the power sector are key priorities to maintain the country on its positive economic trajectory.

Growth of 3.8 per cent is expected in 2018, at the same level of last year, on the back of private domestic demand and major construction works on large energy-related foreign direct investment, such as TAP. Monetary policy remains growth-supportive, and the pass-through from lower interest rates to an increased pace of credit lending is expected to rise gradually, in line with the ongoing efforts to tackle NPLs in the banking sector.

The EBRD has invested over 1 billion euros in Albania to date, in more than 80 projects across all sectors. The Bank’s portfolio currently amounts to 435 million euros, primarily concentrated in infrastructure and energy projects.

This year should see the closing of the EBRD project financing for TAP, which is set to become one of the largest ever extended by the Bank. TAP represents a unique opportunity for Albania to establish a gas market and potentially become an entry point for Caspian gas not only to Italy but also to its neighbours in the Western Balkans. The Bank is actively supporting the development of this industry in Albania and, in co-ordination with other donors and stakeholders, is working to provide a comprehensive program of technical assistance to the newly established transmission system operator.

The other important priority in the energy sector is solar power. Despite the high potential and the need for diversification from hydro generation, solar remains largely undeveloped in Albania. The Bank signed a Memorandum of Understanding with the Government on establishing photovoltaic generation in line with international best practice. The EBRD will assist not only to set up a competitive procurement framework for solar capacities but also to structure and conduct the first international competitive tenders for utility-scale photovoltaic plants. This aims at creating the conditions for this sector to develop in a competitive and transparent environment.

Another key driver of economic growth in Albania is tourism, with rapidly growing numbers of visitors to the country’s natural and cultural heritage attractions. The EBRD is keen to play a strong role, both in terms of private sector support (through finance and advisory) but also in financing the key infrastructure upgrades that are needed to fully develop Albania’s potential. Specifically, the Bank is structuring a significant programme together with the EU to boost Albania’s competitiveness in tourism, which should include EBRD finance for enabling infrastructure such as local roads and municipal services upgrade.

On the topic of infrastructure, the Bank earlier this year signed a landmark project with Tirana Water Company. This is the first investment under the Green Cities Action Plan developed by the City of Tirana with the support of the EBRD. It is also the first water infrastructure in the country to be financed on a commercial basis, underscoring the EBRD’s ability to finance bankable public infrastructure without recourse to the limited sovereign borrowing capacity.

Finally, the EBRD’s focus will continue to be on helping Albania build on its achievements in the sustainable development of its private sector. Risk sharing with commercial banks will be an important tool in this respect. The Bank already has a substantial portfolio risk sharing program, in partnership with the government of Albania, focused on the agribusiness sector (the Albanian Agribusiness Support Facility), for which a significant acceleration in lending activity is expected during 2018 and 2019. The EBRD is also investing significant efforts in expanding its direct risk sharing capacity with local banks allowing it to guarantee part of the risk on individual projects in all sectors of the economy and for all types of loans, including in local currency. This is in line also with the Memorandum of Understanding signed by EBRD earlier this year with the Ministry of Finance and Economy and the Bank of Albania on strengthening the use of local currency in the financial system and developing local capital markets.

Matteo Colangeli is Country Head of Albania at the European Bank for Reconstruction and Development (EBRD).

Belarus: Re-establishing a National Brand
Ukraine Is Worth Fighting For
Comment