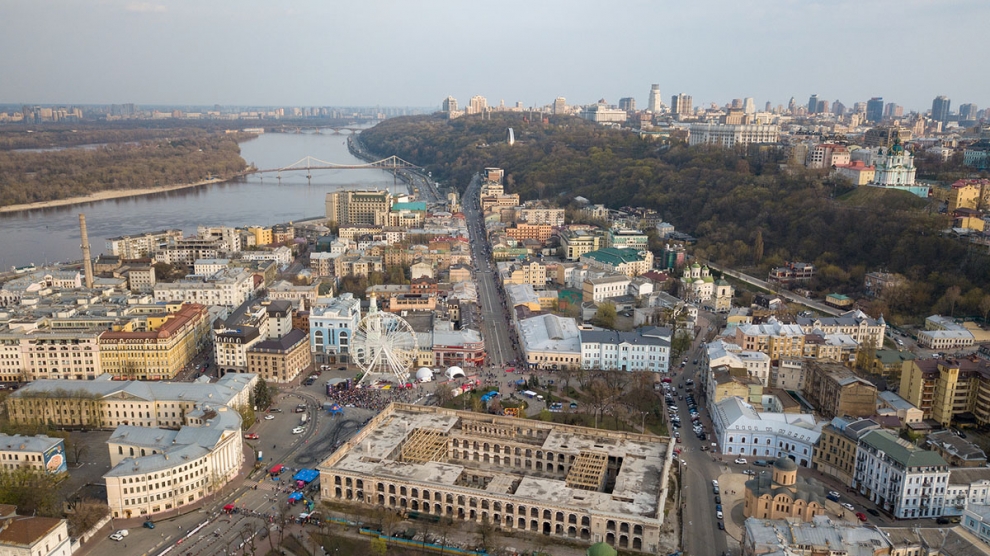 Kyiv. The new conventional wisdom is that four years after Maidan, reforms have stalled in Ukraine and corruption has consumed the leadership. But this picture is hardly true.

Certainly, the economy has stabilised, but economic growth stopped at 2.1 per cent last year. Yet a broad reform agenda is still proceeding, though everything is contentious. The most striking impression from one week of intense meetings with senior policymakers and businessmen in Kyiv is that every issue is contested. The many conflicts slow down the speed with which things move forward, but they also block reversals.

Ukraine is a remarkably open and transparent society, making it easy to figure out what is going on, while the drama is multifaceted and complex. Nobody seems to be afraid. A lively and competent civil society usually starts the criticism and comes up with concrete reform proposals.

The Cabinet of Ministers is divided on almost every issue between reformers and those preferring to make money on government. Wealthy businessmen dominate the parliament, but even so the parliament promulgates surprisingly reformist laws. Ukraine has not stopped. It is fighting its internal battle over reform or corruption.

The political options remain open. Ukraine is scheduled to have presidential elections in March 2019, and parliamentary elections in October 2019, though the latter can be moved forward. President Petro Poroshenko wants to stay on for another term, but the latest poll put his rating at a miserable 12.7 per cent, while former Prime Minister Yulia Tymoshenko leads all polls, though only with 15.2 per cent. Ukrainians hold all institutions – apart from the military and the church – in low esteem.

Kyiv is a lively place. Few places have so many protests, because there is a lot to protest about. Last October, a major public manifestation in Kyiv set the political agenda for the current debate. Ukrainians oppose corruption and demand the rule of law, which tops the political agenda. Therefore, the first popular demand is the establishment of an independent corruption court, the second is for proportional parliamentary elections, and the third the abolition of parliamentary immunity.

The divide is clear

In parallel, Ukraine was pursuing a complex judicial reform. A civil society body evaluated that one-quarter of the more than 114 new Supreme Court judges had tainted integrity, but even so last November the president swore in all but one of them. Apparently, corrupt behaviour did not preclude anybody from being appointed to the Ukrainian Supreme Court.

The botched judicial reform has convinced Ukraine’s reformers and the international community that the formation of a truly independent anti-corruption court is vital. Just before the Christmas holidays, Poroshenko submitted his much delayed proposal to parliament. Three weeks later, the International Monetary Fund, the World Bank, and the European Union each presented very similar criticism of the draft law. It would not make the judges independent, sufficiently many, or give them the relevant jurisdiction. Poroshenko passed on the responsibility to parliament. On February 28, the parliament voted for the draft law on the anti-corruption court with a large majority. The question is whether the parliament, through its amendment, will make the court truly independent.

In January the Ukrainian parliament, to general surprise, also passed a draft law on proportional elections in a first reading, showing that reform is possible. The reason for the strong demand for the abolition of parliamentary immunity is the many dubious businessmen in the parliament who hide there from prosecution.

The international community maintains strong leverage in Ukraine. Unless the country receives IMF financing, it can hardly get through 2018 without a major depreciation of the Ukrainian hryvnia, which would be devastating in the 2019 elections. Politically, Ukraine needs Western support against Russian military aggression. This is well understood in Kyiv.

As usual, the IMF has a brief but firm reform agenda. Its foremost demand is an independent anti-corruption court, followed by an alignment of domestic gas prices with international prices. Next comes the legalisation of private sales of already private agricultural land. Macroeconomic policy, the traditional IMF focus, is much less controversial, since the central bank and the ministry of finance remain bastions of reform.

The battle for and against reform is going on every day. Macroeconomic stability has taken hold and can be defended, and Ukraine has proven that it can stand up against Russia’s military aggression. But the victory will not be safe until rule of law has been established so that Ukrainians can trust their property rights to home and land.

The West cannot reform a country without domestic support, but in Ukraine there is strong popular support for sensible reforms. The West needs to offer sufficient conditional support and engagement to the good causes so that the balance can tip to victory for the reformist circles.

In Ukraine, Europe and the West can stand up and deliver or fail. This is the joint front against corruption, state capture, and Russian aggression, all in one. The West had better win this battle, but then it needs to engage fully, offering more financial support, albeit with strict conditions.

Anders Åslund is chairman of the Advisory Council of CASE (Center for Social and Economic Research) in Warsaw.

Albania: Accelerating EU-Oriented Reforms
Bulgaria Could Be A Positive Example for the Region
Comment