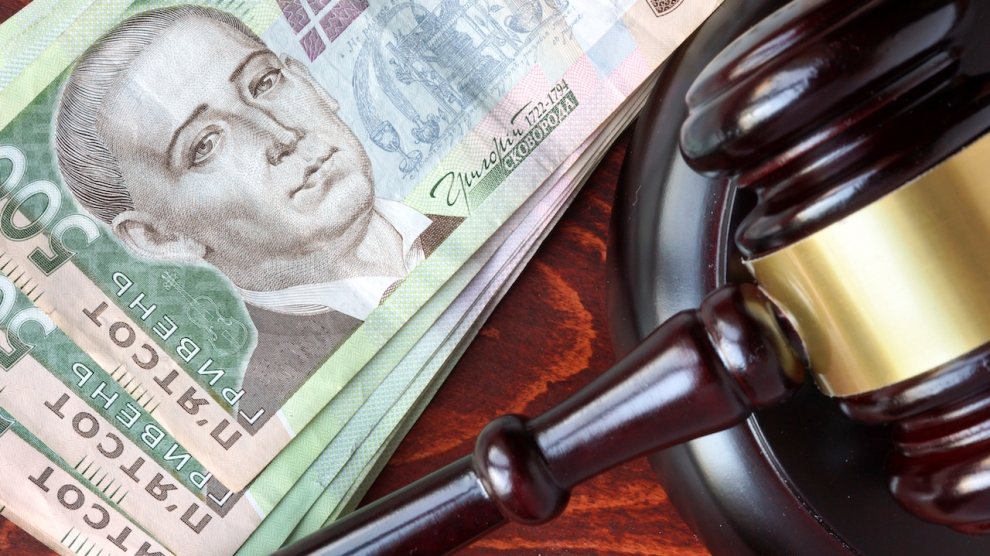 The fight against corruption is one of the key reforms in Ukraine during the past three years since the Revolution of Dignity. However, despite all the steps that have been taken, the results are still far from what citizens, business and the international community would expect.

In the World Corruption Perception’s Index 2016 (CPI) Ukraine scored 29 out of 100 possible points and ranked 131st out of 176 countries. This is an improvement of only two points compared to the 2015 results and, of course, such progress is nothing for a country whose president and prime minister have announced that the fight against corruption is their main priority.

In the CPI evaluation Ukraine got negative assessments from the World Economic Forum Executive Opinion Survey and the Economist Intelligence Unit Country Risk Ratings. Businesses witnessed great corruption while allocating public funds and felt the judicial system was unable to prevent this.

The results of the European Bank for Reconstruction and Development’s (EBRD) survey “Life in Transition” are not much more optimistic: only nine per cent of respondents felt that the economic situation in Ukraine in 2016 was better than in the four years before and only 11 per cent felt that the political situation was better. These figures are some of the lowest reported in the survey, lower even than the corresponding averages for Eastern Europe and the Caucasus. Moreover, only ten per cent of those surveyed thought that there was less corruption in 2016 than in the four previous years, before the survey and only 12 per cent reported that they were satisfied with their current personal financial situation.

Besides a challenging environment and problems, Ukraine has also made some progress: the national electronic procurement system ProZorro has increased its transparency and is reducing corruption in public procurement. Under a new public procurement law, ProZorro is mandatory for all public tenders over $7,500, conducted in Ukraine. The ProZorro system, which is a new business intelligence module, and the new tool Dozorro make it easier for civil society organisations (CSOs) to monitor procurement, in all its phases, at the national level in Kyiv and at the regional and municipal levels. Because of these tools, violations in procurements has become easier for business and civil society to detect in comparison to the paper tenders and it has also helped to reduce corruption in procurement.

ProZorro has become a flagship product and a success story for Ukrainian reforms, but it is not enough. One of the important issues is monopolies. Ukraine is a country with great economic potential. Several big oligarchs and several dozen smaller ones are constantly trying to get a monopoly control of everything they can reach (companies, state-owned enterprises, some spheres of economics, political parties and officials).

The economy is also monopolised. It happened long ago, not as a result of the successful business of some entrepreneurs, but because of access to key officials, who were responsible for the redistribution of property. Unfortunately, the Antimonopoly Committee, which has had the task of authorising the business concentration during the whole period of Ukrainian independence, has not prevented those processes but, rather, has facilitated them. That is why oligarchs own not only some powerful enterprises but also even entire industries. The object should be to detect and to stop monopoly dominance.

However, the officials who are responsible for that, are frequently too dependent and try to protect the oligarchs who in turn appointed them. Oligarchs must be obliged to work under similar conditions as other entrepreneurs and should be deprived of access to, and influence in, the executive authorities of any level. The Antimonopoly Committee must be strong to be able to conduct such an effective policy.

Parliament is considering a draft law on changes in the penalty system for violations of the conditions of competition. The law aims to limit the abuse of power, while charging penalties for breaking the rules of fair competition. The need to adopt such a law appeared after the European Union Association Agreement was signed. But the penalty procedure is changed in the draft law and the previously heavy penalties that were in place to prevent violations will now be smaller and will be allocated under the consideration of public officials. This produces certain corruption risks, in itself, and reducing the penalties for violating competition conditions is effectively profitable for the oligarchs.

Ukrainian enterprises perceive corruption as one of the obstacles for developing a good business environment. Companies who have faced corruption name the Fiscal Service and customs as the worst offenders. The creation and receipt of documents concerning land and property or the use and issue of permits are the areas where bribery is most rife.

The BOC receives complaints from entrepreneurs (mostly small and mid-sized business) from all regions of Ukraine. The majority of subjects for the complaints included the actions of: the fiscal authorities, law enforcement agencies, state regulators, local councils, and municipalities’ as well as anything to do with legislation drafts and amendment. In 2016, the BOC prepared recommendations to the Government of Ukraine related to competition protection and oversight, reducing the risk of corruption and attracting investment to the construction industry, challenges for government and business in dealing with local government.

According to the BOC report, Government agencies have implemented 87 per cent of the recommendations. The BOC signed the Memorandum on Partnership and Cooperation with several authorities, including the Ministry of Justice, the State Fiscal Service, the National Anti-corruption Bureau, the National Police and the National Agency on Corruption Prevention (NACP). The Memorandum is the basis for cooperation between institutions in order to identify and eliminate the risks of corruption. On the BOC’s recommendation, the NACP can perform inspections of local councils, state companies and their management. The NACP can also provide legal protection to the companies in cases where they are being pressured by state officials.

Ukraine fulfilled all requirements for the fourth IMF tranche of $1 billion. The conditions for the fifth tranche include legislation on pension and land reforms and the creation of an anti-corruption court — the final element in the system of anti-corruption bodies in Ukraine. There are still many unprofitable state enterprises, so privatisation must also happen, but it has to be organised on fair and equal terms and with no risk of corruption. The absence of an efficient judicial system and actual impunity prevents the achievement of real results in combating corruption. The sanitisation of judges, a reboot of courts and the anti-corruption court will complete the system of the state anti-corruption authorities.

The economy is expected to accelerate and grow by 2.5 per cent in 2017. Ukraine has a chance to become a better place for doing business but it depends on solving the concrete issues within the country.

Dmytro Yakymchuk is a project manager and analyst at Transparency International Ukraine. He is the co-author of TI Ukraine’s 2016 research “Transparency in Corporate Reporting in Ukraine: Private and State-Owned Enterprises”. He holds a Master’s in Public Administration, with five years of experience in public service.