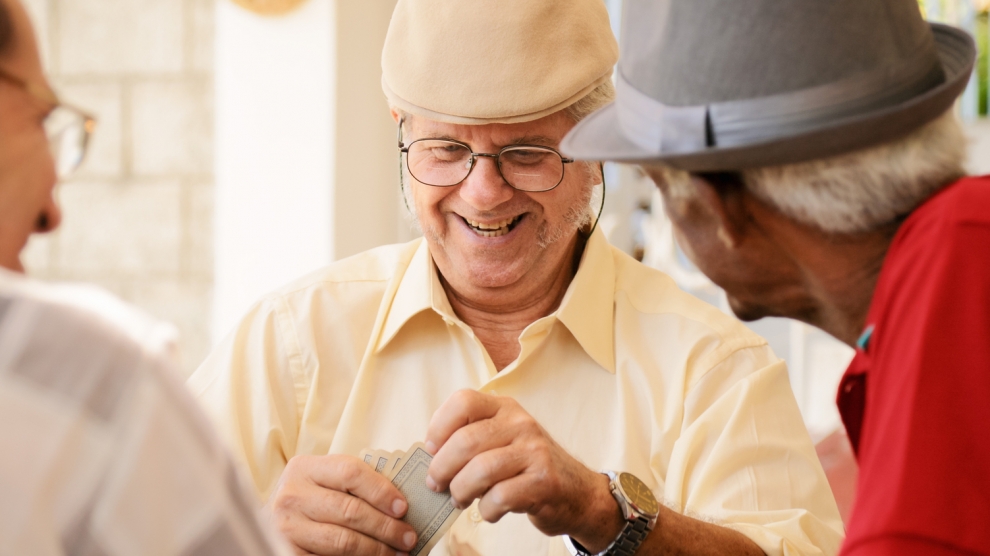 The population is ageing all over the world. It’s so obvious a fact, that people – on hearing such a statement – usually just nod and carry on. We do not always realise how recent this phenomenon is. Until the 1980s, the share of people aged 60 years and over accounted for around 7.5 per cent of the world’s population. Since middle of that decade, the share of older people has been growing, reaching 12 per cent in 2015. Further growth is expected, and in 2050 those over 60 will account for 21 per cent of world’s population.

Emerging Europe is no different. The share of older people in 2015 exceeded 25 per cent in a majority of countries in the region, especially in those which are EU members. Only in Albania and Macedonia was the share below 20 per cent. It is expected that those shares will grow significantly and will reach between 33 per cent and 36 per cent in most of the CEE countries in 2050 (in Poland and Slovenia closer to 40 per cent). In 2015, among 20 European countries with the highest share of older people, eight were from Eastern Europe. According to the United Nations, in 2050 there will be 12 CEE countries among the top 20.

What this means is that in 2050 there will be approximately twice as many older people aged 60 or above than under-18s in a majority of CEE countries (with the exception of Russia, Belarus, Lithuania, and Serbia).

At the end of the communist era, CEE countries boasted young societies, with a much lower share of older people compared to Western Europe, yet convergence in this area happened surprisingly fast. In terms of demographic structure, most of the CEE countries already are – or will soon become – similar to the countries of Western Europe.

Yet Central and Eastern Europe is unique. Demographic changes – increase of life expectancy, sharp fertility decline and rapid net emigration – have been happening alongside political, economic and social transformations, from the fall of communism, to the opening of the global economy (Botev, 2012)(1). However, contrary to Western Europe, which “became rich before it grew old – Central and East Europe is growing old before it had the chance to become rich.” (Hoff, 2008)(2).

This situation has far more important consequences. Older people in Central and Eastern Europe may become a burden for their societies, especially for pension and healthcare systems. In a majority of these countries current contributions are used for current pensioners, and a decreasing share of the working age population will put this system in danger. Healthcare spending is much lower (as a share of GDP) than in Western Europe. Public care institutions are not developed. Accumulation of private capital, which might be used to maintain current living conditions in old age, is very low. The silver economy is already adjusting to demographic trends, offering mobile phones which are easy to use and come with big fonts, trips for seniors, and several different products and services dedicated to older customers.

Despite this, we do not observe any action being taken by states to fight the challenges of population ageing. Fertility rates are low and social benefits for families (such as the 500 plus programme in Poland) can play only marginal role and only in the long term. Migration to Eastern Europe is very low and is likely to stay low (zero?!) due to the anti-immigrant political agenda. The number of nurses and geriatricians will stay low, and the complex medical needs of older people will not be met by the healthcare system. Policies for old age are developed, discussed, and put into a drawer. Older people, despite being high on the political agenda, are still perceived rather as a burden, not a resource.

We are not talking about the distant future here. It’s not science fiction – it’s just 30 years from now. Many of those reading these lines (the majority?) will expect to live that long, hence they will have a chance to experience a world where every third person will be old. We still think “a solution will appear.” The figures are inexorable, though. There will be no “something,” there has to be someone decisive and courageous to increase further the statutory pension age, to increase healthcare expenditure (hence – taxes), and to invite migrants. Who will it be?

Botev, N. (2012). Population ageing in Central and Eastern Europe and its demographic and social context, European Journal of Ageing 9(1): 69-79.

Hoff, A. (2008). Population ageing in Central and Eastern Europe as an outcome of socio-economic transition to capitalism, Socialinis Darbas 7(2): 14-25.

Radoslaw Antczak is an Assistant Professor at Warsaw School of Economics. His research interests include well-being of older people, survey methods, and analysis of material well-being.