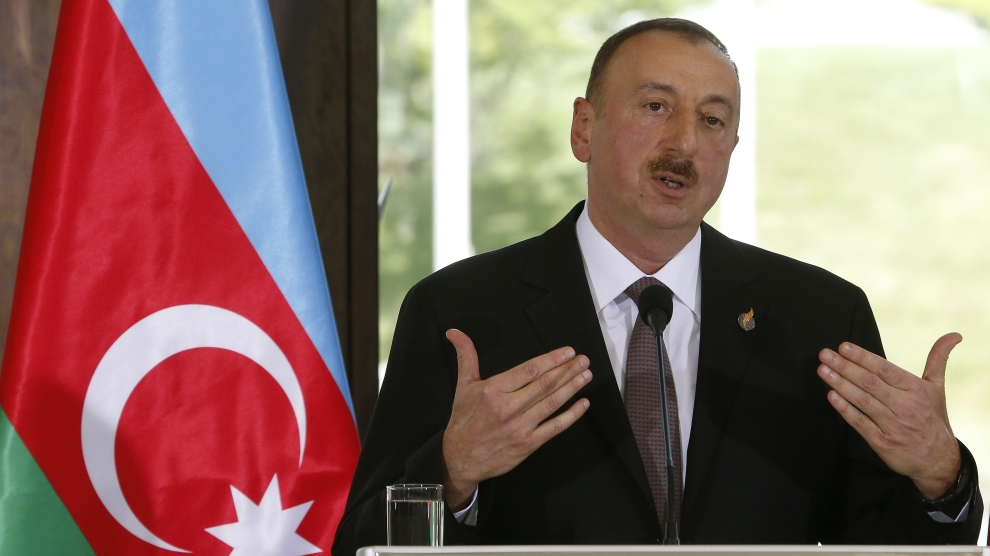 The most puzzling aspect of Azerbaijan’s recent elections for its National Assembly (Milli Majlis) was not the outcome. It never is. The electoral process is tightly controlled from the election commissions dominated by the ruling party to the constraints on candidates and campaigns, the stuffing of ballot boxes on election day, and the mysterious additional ballots added during the counting.

International observers from the Organisation for Security and Cooperation in Europe and the Office for Democratic Institutions and Human Rights (OSCE/ODIHR) again witnessed “irregularities” at all stages. Their preliminary report noted that the regime of Ilham Aliyev had failed to respond to the 32 rulings of the European Court of Human Rights from previous elections.

In this case, however, when the National Assembly recommended and the president announced last December that elections were being moved from November 1, 2020 to February 9, some people began to expect an unexpected outcome. In the aftermath of high-level shifts in the cabinet last autumn, the regime touted its new vision for Azerbaijan’s future. That vision would be implemented by new tech-savvy cadres, often a younger generation with western educations, to replace several old communists who had begun their party work under Khrushchev. On the basis of that cabinet reshuffle, noted OSCE/ODIHR, “parliament justified the call for early elections by the need to harmonize legislative work with the pace of economic, judicial and social reforms set by the president.”

As in previous elections, the largest opposition coalition, the National Council of Democratic Forces (which includes the Popular Front party) announced a boycott to avoid giving legitimacy by its participation to another falsified election. But rumour was that regime representatives spoke secretly with other opposition groups to assure them that President Aliyev himself wanted them in the National Assembly. Some opposition groups did field candidates, including the Real Alternative (REAL) whose founder Ilqar Mammedov was jailed in early 2013, tortured periodically, and deprived of medical care as his case crawled through the European Court of Human Rights. Even after the Court called for his release in 2014, he was held until August 2018 and was not permitted to run in 2020 because he had been convicted of a serious crime. His release did not constitute amnesty. Despite the ban on Mammedov himself, several other REAL members stood for election in February.

To the short-lived surprise of some observers and opposition figures inside Azerbaijan and abroad, the result of the elections was the same as before – an overwhelming majority of seats went to candidates of the ruling party YAP (Yeni [New] Azerbaijan Partiyasi]. Indeed, YAP increased its seats from 65 (of 125) to 70 according to the Election Commission (YAP announced it had won “at least” 72). Other seats went to YAP-allied parties or to nominally independent candidates who always vote with YAP.

REAL picked up one seat.

Why, asked analysts, had the Aliyev government called early elections and then not changed anything?

At the risk of sounding flippant, the simplest answer is “because it can.” There are many advantages to calling early elections. Calling snap elections may, and in this case did, lead analysts and activists to believe the regime wanted to implement changes if only in a controlled and incremental way. Preparation for elections takes time and resources of opposition organisations that are cash-poor and pressured by the regime at every turn. Campaigns are emotionally draining. When candidates lose, their supporters are demoralised and question the worth of their activism. Parties who may have believed the president “wanted” them to have representation broke with the main coalition that was boycotting and put their energy into fielding several candidates. They got one seat for their trouble and looked foolish.

Snap elections cut the amount of time for international observers. OSCE/ODIHR, the premier election monitoring organisation, recruits and deploys core and long-term teams that arrive in country about two months before an election to examine laws, media, and the pre-election campaign environment. Setting a snap election in December for a date in early February hinders the initial two-month assessment and monitoring. Longer-term observation gives a deeper picture of the legal and political environment than is possible with only short-term observation.

OSCE/ODIHR also deploys 350 short term observers to fill out their team, but most other outside groups send only short-term observers and in smaller numbers. Reducing the time to recruit a monitoring team raises the chances that the final team will be smaller or have fewer experienced observers than might be the case on the regular schedule. This is a game played by the Aliyev regime in the margins.

February is an ideal time for an election when you want to suppress voter turnout. Snow is rare in Baku, even in winter, but it is common throughout the country which is mostly at a higher altitude. This year the regime got a bonus – snow throughout the country and in Baku. Voter turnout was reported as 47 per cent but some individual observers suggested that number was inflated.

With the election process, the Aliyev regime gets to pretend that it embraces democracy and claim the other parties simply lost. Is anyone fooled? No. But those who want to excuse Azerbaijan’s anti-democratic behavior have a bit of fig leaf to conceal the shame of their now ludicrous position that the government in Baku is taking steps to build democracy.

With the upsurge of non-democratic and anti-democratic regimes around the world, Azerbaijan no longer seems as much the outlier it was when Ilham Aliyev first came to power. This is a terrible outcome for the millions who put their hopes in the post-Soviet national government which stumbled to power in the 1990s only to be overtaken by rogue military leaders and former communist party bosses.

Azerbaijan has now endured two Aliyev presidencies spanning more than 25 years. Each year the ruling family and its oligarchs grow more corrupt and more powerful and necessarily more repressive to protect that corruption. The only surprise is that anyone still defends the regime as a “young democracy in a tough neighbourhood.”

The EU is right to be reframing its Africa strategy
In Hungary, change must start in Budapest
Comment