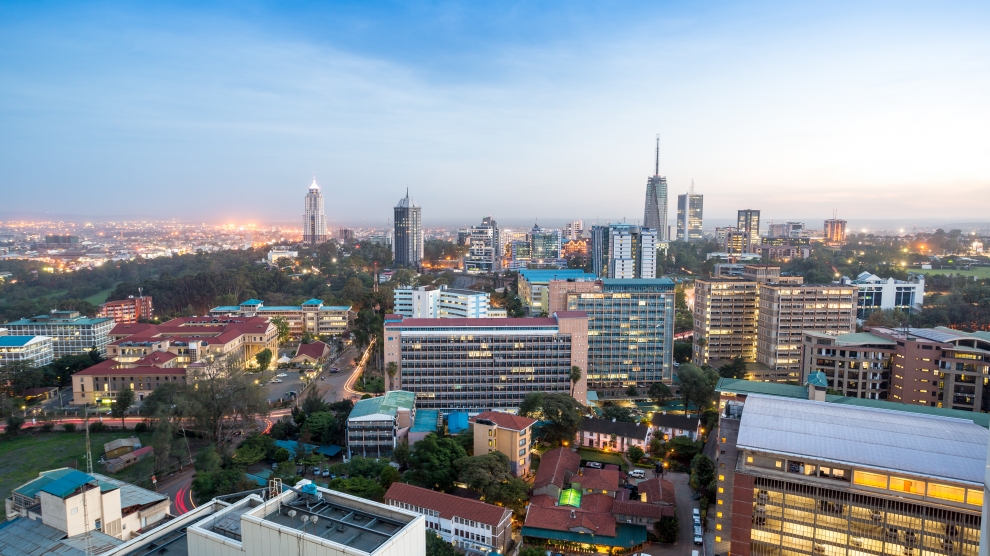 In recent years, the European Union has seen its future be capsized by internal and external pressures, through the rise of populist movements, the US push for increasingly protectionist measures, not to mention the tumultuous, and at times rancorous, Brexit divorce.

In many ways these have been fundamental challenges for the EU. On the flipside, it’s undoubtedly created fresh strategic opportunities, most promisingly in Africa.

Less than a week after landing the EU’s top job, the new head of the European Commission Ursula von der Leyen travelled to Ethiopia for her first official visit outside Europe, in a move deemed symbolic and indicative of the EU’s desire to maintain and expand its relationship with the African continent.

While China continues to expand its engagement and presence across Africa, Europe must alter its scope of engagement in order to match Chinese competition. The Commission’s recent decision to push for the prioritisation of a “comprehensive strategy for Africa” mirrors a similar ambition adopted in October 2005, opting for a long-term Africa “blueprint”.

It seems the new Commission is looking to innovate well beyond the number of trade agreements currently in place between key African countries and EU member states. The EU is seeking to leverage its economic and cultural ties to the continent as a source of unity and progress, in stark contrast to their once shared, yet unequal history.

While strong trade ties should remain a priority for Brussels, they are only a part of the future holistic partnership, which must do more for and invest in a young, booming population that cannot go astray.

Any incoming wave of investment will need to focus on Africa’s most pressing concern: employment. The quality of future investments is a factor that must be reckoned with. In 2018, emerging market investors such as China, the UAE, and India, contributed to more than 50 per cent of the jobs created through significant capital investments. They understand that any investment strategy has to be mutually beneficial, for too long Africa and Africans have been taken advantage of.

So the EU should work with Africa to build a symmetrical framework for investment. In Kenya for example, the growing middle class and their skyrocketing purchasing power has created a virtuous circle from which both Europe and Kenya can economically benefit. President Kenyatta’s Big Four policy programme focusing on health, housing, employment and industrialisation has catapulted Kenya as a prime investment location. By developing the country’s “people skills, location and pro-business environment”, Kenyatta’s government has leveraged the breadth of possibility surrounding the Kenyan economy, attracting European investors seeking profitable return.

To this point, it’s worth noting that the World Bank Group’s Doing Business 2019 Sub-Saharan African edition identified several landmark reforms implemented in key African nations in “areas of starting a business, dealing with construction permits and getting credit”.

For the second year in a row, Togo, an increasingly stable and safe nation, has established itself as one of the top 10 economies committed to improving its business environment for further economic integration with international partners, according to the World Bank.

Togo climbed 40 places to 97th spot thanks to a series of regulatory reforms, including the reduced amount of time needed to register a new business in addition to the streamlined process of registering property, amongst others. Such significant change is very much to the credit of Faure Gnassingbé, Togo’s current and recently re-elected president. He has proved instrumental in shaping Togo’s status as a prime business location not only in West Africa but on the international stage, in addition to demonstrating his ability to overcome serious domestic crises.

This partnership must also operate beyond the trade and economic route; cultural exchanges are equally worthy of consideration. Senegal’s Atlantics was selected to compete for the 2019 Cannes Film Festival’s esteemed Palme d’Or. This was the first black female-directed movie to feature at the festival. Co-produced by Senegalese, French and Belgian production houses, it was a Euro-African success story; a true testament to the cultural potential that awaits.

A booming population and the birth of a revolutionising entrepreneurial culture has given various African nations the upper hand for years to come. While nations such as Kenya, Togo and Senegal have made a head-start in attracting private investors while providing education and skills development, an expanded Africa-Europe alliance will further boost trade and the region’s ease of business.

The nature of a revamped relationship should work to benefit all implicated parties equally. Western nations are no longer expected to be the only ones to reap such benefits; Africa can expect just as much from this entente.

As Jean-Claude Juncker, the former president of the European Commission once said: “What happens in Africa matters for Europe, and what happens in Europe matters for Africa – our partnership is an investment in our shared future.”

Michael Gerdts is the former German ambassador to Italy, Kenya and Poland.

The EU should step up engagement with Belarus
Azerbaijan’s election: No surprises, unless you were expecting one
Comment