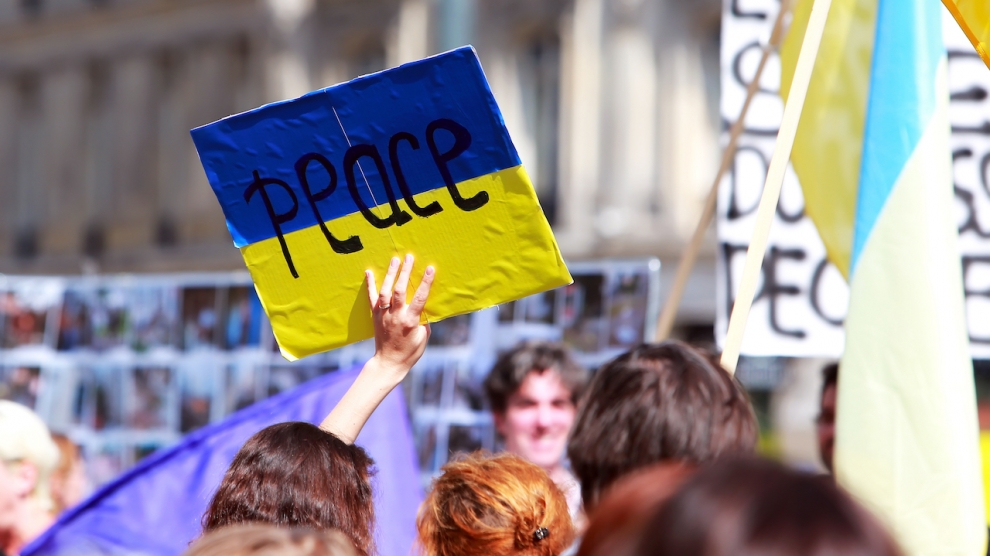 The story of Ukraine’s 2013-2014 anti-government protests, which started because the then-president Victor Yanukovych declined to sign an Association Agreement with the European Union, is definitely still remembered in Brussels. However, as time passes, the memories of these dramatic events are being increasingly replaced by criticism of Ukraine’s current inability to deliver effective reforms. Where then, does Ukraine stand, today, in its relationship with Europe, how well the country is doing and what does it need?

Granted, the majority of Ukrainians are still supportive of European integration, today. When they were asked, in September 2016, to choose only one international economic bloc to join — either the European Union or the Russia-led Customs Union — 51 per cent of Ukrainians would rather look westwards, with only 19 per cent leaning towards the latter. In 2011, these figures were almost equal — 42 to 40 per cent respectively — which indicates a major turn towards Europe during the last years.

Rating dynamics show that the decisive turning point in the geopolitical preferences of the Ukrainian people came in early 2014. Suit is therefore likely that the change can be attributed to Russia’s meddling within Ukraine during Euromaidan; the occupation of Crimea and the active role of Russians in the Eastern Ukraine armed conflict. Moreover, one portion of the population that was in the now-uncontrolled territories of Crimea and Donbas (historical strongholds of pro-Russian views) was not able to participate in the polls. During that same year, a referendum showed that the share of Ukrainians who would support joining NATO had also grown.

However, even these figures show that Ukraine’s support of European and, even more so, NATO integration is not even close to unanimous. Two foreign policy alternatives — re-aligning with Russia and leading a multi-vector, self-centred foreign policy — are debated and supported by several actors in the opposition. Both of these approaches have their roots in Ukraine’s modern political history.

Victor Yanukovych, the ousted former president, was particularly perceived as a pro-Russian figure — although some claim that he was forced to take this position by Kremlin. Conversely, Leonid Kuchma, the head of state from 1994-2004, was a prime example of a supporter of multi-vector foreign policy that never acceded fully to demands of either the EU or Russia, whilst trying to benefit from both.

The latest party rating’s poll shows that two pro-Russian parties would enter the next parliament, if the elections were held now, as they have scored 17.6 per cent of the vote, together. They both support restoring ties with Russia and, in case of the former, openly aim to freeze the fulfilment of the EU-Ukraine Association Agreement.

Even more importantly, for populist purposes, several oppositional parties are declaratively pro-European and, in fact, they strongly oppose some of the EU- and IMF-recommended policies. The most descriptive example is the widespread opposition to a hike in utility tariffs to their market level; something clearly prescribed by both the Association Agreement and IMF recommendations. Such measures, while necessary for the economic development, will also lead to a welfare drop in an already impoverished Ukraine, thereby bolstering support for the anti-European platform.

So far, there has not been any conclusive evidence that Brexit, or the rise in anti-EU moods across Europe in general, have influenced the Ukrainian voter. However, these events might have contributed to a popular image of the EU that is feeble and, as such, does little to help Ukraine. Between September 2014 and September 2016, Rating Group polls showed that, if faced with a choice between the EU and the Customs Union, fewer Ukrainians would support European integration: 51 per cent against; 59 per cent for. Many of them have apparently become undecided or have switched to some third option, which usually means an idea of self-reliance and a denial to enter any economic union at all.

One of the reasons for this shift might be that accession to the EU is presently not even on the table — a position that has been repeated by EU officials on several occasions. This, of course, might be practical for European leaders, since Ukraine is currently one of the weakest economies on the continent. It faces the challenges of corruption, poor governance and, not to mention, the armed conflict. Furthermore, as it is facing today’s internal crisis today, the Union apparently does not plan on taking in new members in either the short- or mid-term perspective.

However, several experts argue that merely a non-binding offer, of a possible membership, if Ukraine fulfils the entrance criteria would be a stimulus for its development. As of now, Ukrainian authorities have repeatedly shown their willingness to introduce reforms, mostly on a conditional basis — in particular, when such reforms were required to receive financial support tranches from the IMF, or to advance dialogue with the EU on short-term visa-free travel. When faced with no direct impetus — for instance, while implementing the Association Agreement — little progress is made.

Today, Ukraine is in dire need of investment; something that may boost its economic growth multi-fold — as it did with the other Central-East European states, earlier. The country started to recover at an estimated annual rate of 1.8 per cent GDP in 2016, and in January 2017, it showed a 5.1 per cent GDP increase as compared to January of 2016. Industrial production and exports have returned to steady growth. So have the consumption expenditures; as an example of this: a record number of passengers used the country’s main airport in 2016, surpassing pre-conflict levels. Cheap labour and good-quality human resources can also serve as attractive investment factors.

At the same time, institutional factors need to be overcome, such as an over-regulated playing field for businesspeople that results in widespread corruption as well as an equally corrupt judiciary. In turn, without foreign investment, it would take Ukraine many years to even return to its 2013 indicators, while the gap between Ukraine’s economy and that of its central-eastern European neighbours would grow larger.

The other thing Ukraine needs right now is security. As realistically NATO membership is excluded; Western partners will not commit to protecting a state if it leads to a proxy war with Russia. However, some Western countries are providing military support to Ukraine, in form of non-lethal weapons, equipment, medicine and training. Moreover, they have maintained economic sanctions on Russia, which is understood to not fulfil their obligations, according to the Minsk peace agreements.

Just as Donald Trump scored a surprise victory in the US, some Ukrainian politicians, and pundits alike, seem to be afraid of a possible compromise between US and Russia — a deal which would sacrifice Ukraine’s interests in favour of a global peace and cooperation arrangement. These fears have been partially dissipated recently, as some of Trump’s appointees took a harsh stance on Russia, and there is still no sign of a motion to cancel anti-Russian sanctions. However, with the new man in the White House, a great degree of unpredictability remains.

While receiving investments and maintaining security are Ukraine’s key interests in cooperating with the West, both of them risk suffering because of the current instability in the European Union. In such circumstances, European investors might be less inclined to take the additional risks of investing in an unfamiliar territory.

As for security, this strongly depends on the EU’s capacity to maintain its sanctions against Russia. Anything that undermines the EU members’ ability to speak with one voice, and that increases tension between them, could end up in a failure to prolong the sanctions, leaving Moscow much less constrained. Brexit, in particular, was seen as an undesirable event in Kyiv, both because the United Kingdom was one of Ukraine’s traditional advocates in the Union, and also because it could lead to further disagreements between the member states.

Yet today, it seems that the Brexit has not caused the once predicted calamity which could finish off a united Europe. In addition, the short-term visa-free travel within the Schengen zone that Ukraine will likely receive in a mere few months — something expected by many Ukrainians — might serve to reinvigorate the relations between Kyiv and Brussels.

With its strategic location between the East and the West, its vast human and natural resources and its immense space for growth, Ukraine stands as a prime example of untapped socioeconomic potential in today’s Europe.

Konstantyn Fedorenko is a junior research fellow at the Institute for Euro-Atlantic Cooperation. He was awarded his Master degree in Political Science from the National University of Kyiv-Mohyla Academy in 2013, and Master of Arts degree in European and European Legal Studies from Europa-Kolleg Hamburg in 2014. Between 2011 and 2013, he worked for the Centre for Society Research as a coder for their Ukrainian Protest and Coercion Data project. He is a frequent contributor to multiple national and international media outlets.