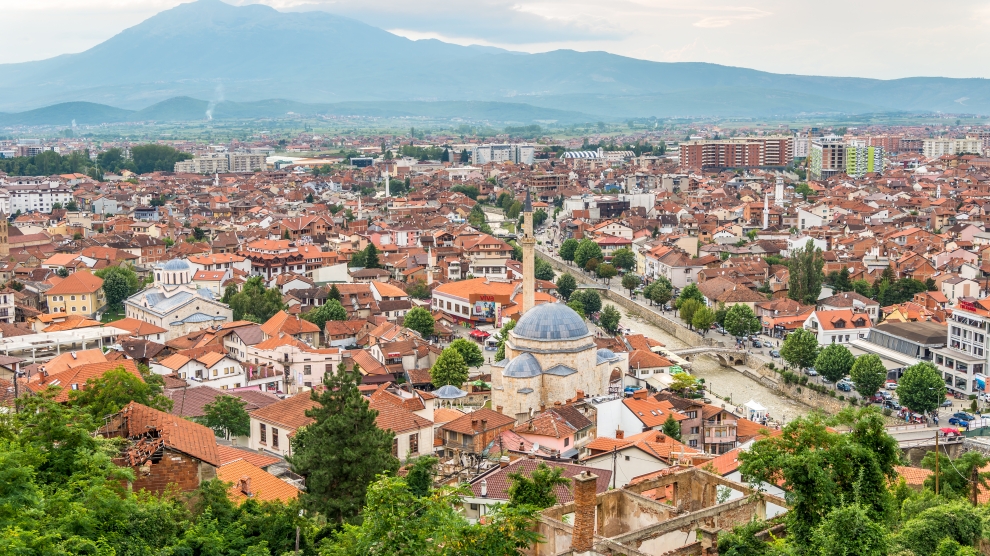 There is a new political day dawning in Kosovo — the newest country in Europe, but a troubled one. The last 20 years were marred by bad governance, high unemployment, and pervasive corruption in and outside the government. Those who once bravely fought for the country’s freedom failed to secure a functioning democracy able to responsibly address the public’s aspirations. In his first trip to Kosovo after the end of the 1999 war between Kosovo and Serbia, US President Bill Clinton told the Kosovo Albanian crowd greeting him, “We won the war. But listen: Only you can win the peace. The time for fighting is passed.”

Sadly though, those who fought gallantly with the support of NATO and won the war against Serbia have lost their way. Instead of focusing on what’s best for the country, they concentrated on what serves them best. They ended up losing public confidence and trust, which explains their astounding defeat on October 6.

The two leading winners are the leftist-nationalist Vetevendosje party led by Albin Kurti, which garnered 25.6 per cent of the vote, followed by the center-right Democratic League of Kosovo (LDK) led by Isa Mustafa, albeit Vjosa Osmani led the campaign and won 24.9 per cent. The biggest loser is the Democratic Party of Kosovo (PDK), which has been in power since 2007, currently led by Kadri Veseli. The party leaders were busy enriching themselves while ignoring the needs of their fellow citizens.

The public dreamed of being free, secure, and prosperous following a horrifying war that exacted so much pain, suffering, loss of life, and widespread destruction. The results of the recent parliamentary election clearly demonstrated that people are fed up and want change – and they want it now.

Notwithstanding their lack of experience in governing, the new leaders, Mr Kurti and Ms Osmani, are young, visionary, and understand the plight and the needs of their people. Even though they may not have, as of now, a fully articulated socio-political and economic development plan, they have the potential to serve their country’s interests best. They are not tainted with corruption and are committed to change the fortunes of their country, which faces multiple and profound domestic and foreign problems.

The reactions to the drastically changing political landscape run the gamut from those like Astrit Gashi, a political analyst who is hopeful that in spite of prevailing skepticism, the new government will usher in important change. He stated that “I expect that new political scene will banish the instilled culture of impunity for politicians that have violated the law. I also expect the law to treat all citizens equally.”

Others like Florian Qehaja, the executive director of Kosovar Centre for Security Studies (KCSS), expects some but certainly not major changes. “There is a general societal fatigue”, he said, “which has been accumulated due to corrupted political elite as well as increased populism in the West…I expect some minimal changes from these elections.”

And there are individuals including Rron Gjinovci, a political analyst who is rather doubtful, stating that “Their discourse (Kurti and Osmani) is totally unclear, with lack of precision and with populist connotation all over. This convinces me that the change will be symbolic and formal…”

Regardless of the lack of experience of the newly elected leaders and the insurmountable problems that face the nation, a change in direction is critical before the country becomes a failed state. But judging them based on their personality, experiences, and commitment to affect a positive change, they certainly deserve the public’s support along with all public institutions who have serious stakes in their success, but more important the future well-being of the country.

To that end, as soon as they form a new government, Kurti and Osmani should embark on a practical national plan that can be implemented during their first term in office. They must keep in mind though, that they will face a) resistance from the bureaucrats who have vested interests in the current corrupt system, b) difficulties emanating from the lack of human and financial resources, and c) public cynicism and a serious lack of trust in government officials.

The two leading parties may not concur on everything, but they agree on much of what’s ailing the country, which they must address in a systematic way, stay the course, demonstrate accountability and transparency, and remain true to the promises and commitments they make to the public.

Second, they must make economic development a top priority, which is central to creating jobs and opportunities for growth. Given that financial resources are scarce, however, the government should make it conducive for foreign investors to invest in the private sector. Moreover, other than loans given by the IMF and the World Bank designated for special projects, the US and EU would certainly be open to provide further financial aid provided that the money is spent on projects with transparency and competency. The funds, however, should be given incrementally and correspond to the progress being made.

Third, they should seek a solution to the conflict with Serbia that is not contingent on any other domestic issues or concerns. Both the US and the EU want an end to the conflict, and given the imperative of their economic and political support, the new government cannot dismiss what they believe to be in the best interest of Kosovo. As important for the new government is to make a good-will gesture toward Serbia by immediately lifting the 100 per cent tariff imposed on imports of Serbian goods. The government should make it clear that it is ready to enter negotiations in good faith to resolve the conflict, which neither can escape indefinitely.

Fourth, given the public’s scepticism and lack of trust in past governance, the new government should engage the public on a regular basis through the media and public statements about the progress being made or the lack thereof. This is essential not only for restoring public trust, but also for engendering public support, as they are impatient and eager for quick solutions to the many endemic problems facing the country.

Fifth, the government should develop trade and friendly relations with all its neighbours, but limit the influence of major powers like Russia, China, and Turkey, whose presences in Kosovo are increasing exponentially and geared to serve their interests. In contrast to the old government, the new one should not invite these countries to develop national projects, such as major energy plants or networks of highways, through which they can exert undue political and economic influence.

Sixth, the government must maintain the secular nature of the country and insist on the separation between state and church. Turkey in particular has made no secret of its desire to greatly influence the political discourse in Kosovo. Ankara should be prevented from building more mosques and other religious institutions, and Prishtina should oppose the Islamisation of the country. Turkey’s president, Recep Tayyip Erdogan is using religion as a tool to promulgate his Islamic agenda, which is against the Kosovo public’s Western orientation.

Seventh, it is central for the government to allocate enough funds to advance the educational system. No child should be deprived of a good education. Well trained and better paid teachers and rehabilitated schools create a conducive learning environment and quality education. Given the extremely high number of unemployed youths, ranging from 30-50 per cent, technical schools to train young adults in various trades that would allow them to find better job opportunities are necessary.

Eighth, maintaining and protecting the democratic nature of the state is sine qua non for the health of the country as well as its standing among the European community. Democracy is not merely free and fair elections. A true democracy rests on an additional four major pillars: freedom of the press, speech, and assembly; an independent judiciary; strict adherence to human rights; and religious and ideological freedom.

Ninth, the new government should postpone the establishment of an army, which was advocated by the previous government, as there is no imminent threat in the offing. Building even a small army would require hundreds of millions of dollars annually, which must instead be invested in economic development. The focus should be on building a strong and uncorrupt domestic force to provide internal security. Presently, the US and EU are committed to Kosovo’s security, and once the conflict with Serbia is resolved, Kosovo could become a NATO member, which would provide it with the security umbrella it needs.

It would be presumptuous to assume that such a “revolutionary” agenda can be implemented within the first “100 days.” Given, however, the public’s impatience and skepticism, the new government should lay down its plans and engage the public in the development process to instill hope and restore confidence that real and constructive change is approaching.

This article was co-written by Arbana Xharra.

AI and RPA: Threat or opportunity for the IT managed services industry?
Replacing Dutch gas with Russian gas contributes to global warming (and no one seems to care)
Comment