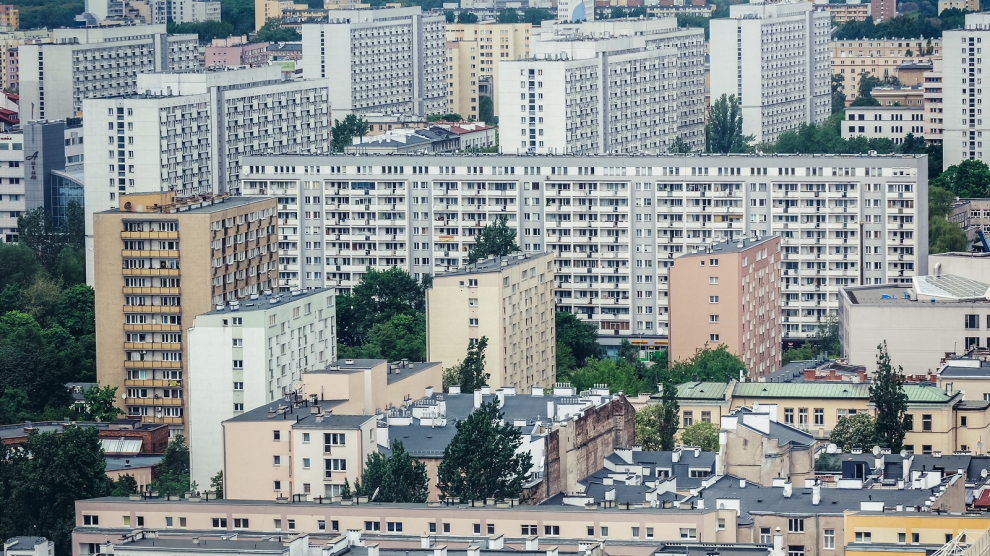 The Green Deal for Europe has the chance to become a hallmark of Ursula von der Leyen’s European Commission. Transition to a climate neutral economy means an ambitious, costly and far-reaching transformation, impacting the living standards of all social groups.

But how to deliver on the president-elect’s pledge not to leave anyone behind?

The essential step in this regard is to consider that the transition might become a social challenge for all EU countries. We shall not forget that the French yellow vests movement originated as a protest against a fuel tax increase aimed at promoting renewable sources of energy. This should be a warning signal for all EU countries. People who lose out in the transition will take to the streets.

The scale of ambition and potential impact of the Green Deal for Europe resembles that of the Single Market Programme of the Delors’ Commission in the 1980s. It might set the path for the next decades of European integration in the same transformative way.

The Delors’ Commission set an ambitious goal to establish a common market. Despite great achievements, over three decades later the Monti Report highlighted that the single market is at a critical juncture. One of the challenges was ‘the erosion of the political and social support for market integration’ as it was ‘seen by many Europeans with suspicion, fear and sometimes open hostility’. The report observed both ‘integration fatigue’ and ‘market fatigue’. The ever-present tension between the economic and social dimensions of the single market became more and more manifestly revealed as the reason for many of the EU’s crises. Think, for example, about Brexit or the ramifications of the 2008 financial crisis.

If we do not treat the social challenges of the upcoming green transformation seriously, there will be another Monti Bis Report in 2050, three decades from now. It will identify again an ‘integration fatigue’ and lost trust in the common policy of the European Union. It will also note a ‘climate neutrality transition fatigue’ as long-term gains will not compensate for short-term losses.

Growing economic inequality forms the core of the problem. It is a global trend, relevant also for most EU countries. Transition to the climate neutral economy is likely to strengthen this challenge unless a Just Transition Fund is properly designed. If the EU is bold enough to define the way forward, it should also be serious enough to provide for means that will enable it to proceed along the marked path.

The Just Transition Fund should embrace a holistic approach balancing climate, economic and social targets. Its design should reflect the challenge facing all EU countries. Investment support should therefore be channeled to social groups that would not be able to benefit from the energy transition otherwise. It is worth remembering that energy poverty is a common EU problem, although most visible in its southern, central, and castern regions.

The fund should contribute to mitigating climate change by scaling up investments in energy efficiency and renewable sources of energy. Poorer households will this way have a unique opportunity, for example, to have their houses retrofitted and solar panels and heat pumps installed. This way, it will offer tangible effects for the most vulnerable social groups.

This is the key for garnering a broad public acceptance to the climate neutrality transition. Otherwise, the process could become unpopular due to its social costs. Moreover, placing EU citizens at the centre would not only boost legitimacy of the Green Deal for Europe but also would provide an answer to citizens’ fundamental question: Why the EU?

As demonstrated in a recent paper from the Polish Economic Institute, the fund’s annual budget should be between 10 and 20 billion euros. We proposed objective social and economic development indicators to allocate the funding. As a result, each country could have additional resources to meet the social challenge of the transition. Among the top five beneficiaries were Poland, Greece, France, Spain, and Italy.

Undoubtedly, there is a different starting point for green transition for different countries due to historical and economic reasons. Those heavily dependent on solid fossil fuels will require more investment and time to transform their economies. The path to climate neutrality needs to allow support for gas and nuclear power. The EU rightly supports coal-regions, which are the most affected in the transition process. The European Parliament has already called for five billion euros to be allocated in this regard in the next EU budget. Although this is just a fraction of the needed investment, it opens up a debate on costs and financial mechanisms.

Since setting the 2050 target for climate neutrality is becoming a new policy aim, it requires new money in the EU budget. As Frans Timmermans, the incoming European Commission’s vice president said at his recent European Parliament hearing: “Of course, there will be new money … it can’t all be rechanneling of existing funds”. Indeed, taking advantage of some investment leveraging, such as through the InvestEU Fund will not do the job. Neither can it be a rebranding of current resources as then the boldness of these declarations would be short of actions. The key is to increase the EU’s budget.

If we fail to learn a lesson from the downside of market integration, our climate policy will be ill designed and its distributional effects will be negative: the wealthy will gain, the poor will lose. This will strengthen the already powerful trend of rising economic inequality. If so, there will be more yellow vests movements and the legitimacy of the EU will be fractured. However, if we manage to embrace the social dimension of the transition to climate neutral economy, the Green Deal might be a means of rejuvenating the European social contract. But this requires us to be both bold and serious.

This opinion editorial was co-written by Jerzy Dudek and Piotr Szlagowski-Budacz, both fellows at the Polish Economic Institute.

Kazakhstan is heading towards the front of the emerging economies pack
Three decades of economic transformation in Eastern Europe: From plan to market
Comment